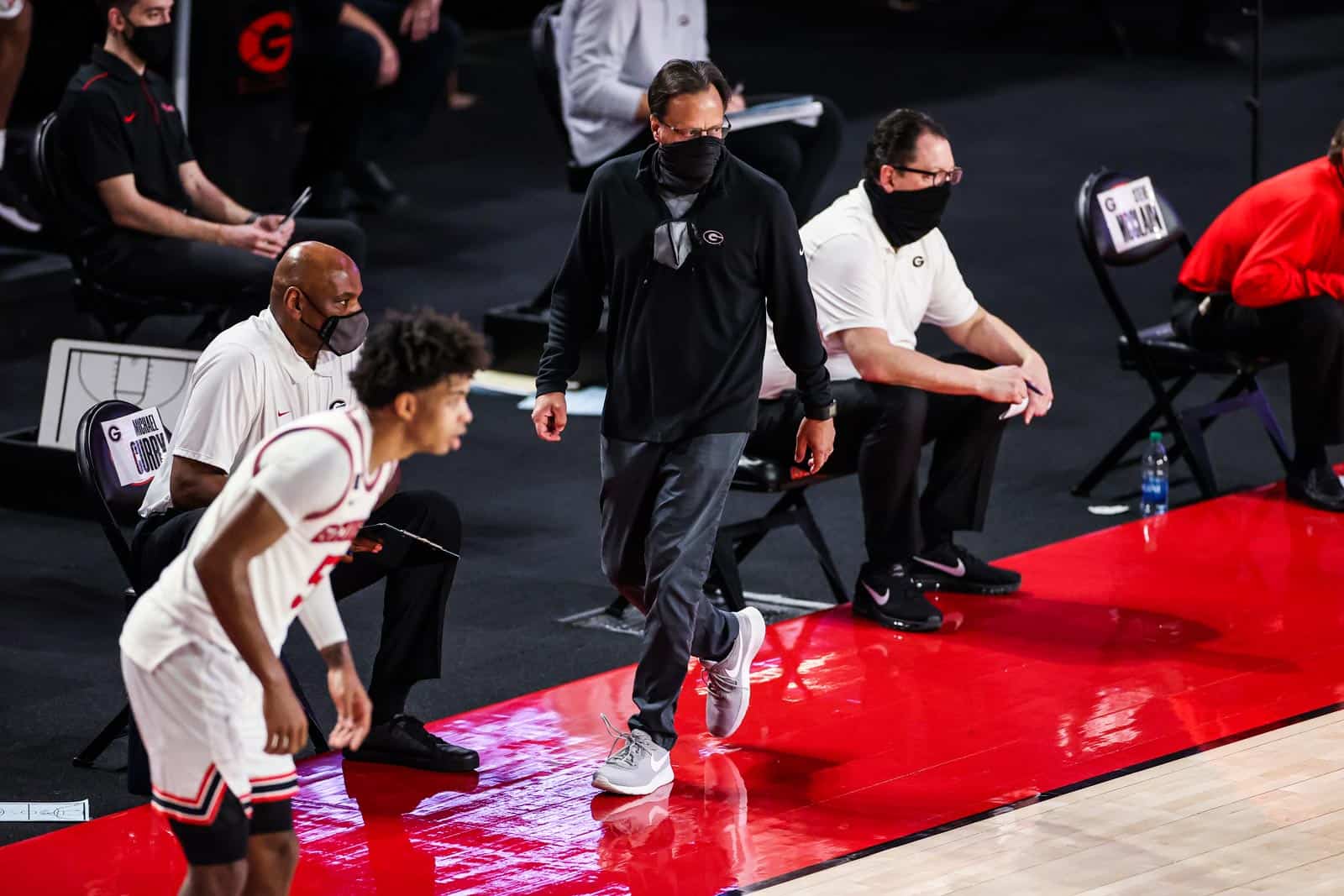 ATHENS, Ga. — The Georgia Bulldogs will begin their 2021-22 season a little earlier than expected, at least unofficially. Georgia will travel to play the Charlotte 49ers on Sunday, Oct. 24, at 3:00 p.m. at Halton Arena.

The NCAA granted a waiver for the schools to conduct the charitable exhibition to benefit the Jamil Niner Student Pantry on Charlotte’s campus. All tickets will be $15 and the entire arena will be general admission seating.

“We’re extremely excited about the opportunity to play this exhibition,” head coach Tom Crean said. “Playing a quality opponent in a true road environment is an invaluable opportunity for our basketball team as we prepare for the regular season. The ability to accomplish that, combined with doing so while benefitting such a worthy cause, makes this a great event on many levels, and we appreciate the NCAA granting us the waiver to play this game.”

Two years ago, Tyree Crump scored a game-high 19 points, and Anthony Edwards added 15 points, five rebounds and three assists to lead Georgia. After trailing by four at halftime, the Bulldogs broke open a second stanza that featured four ties and eight lead changes late in the contest. An Edwards layup with 4:09 remaining put Georgia up for good at 69-68, and the Bulldogs eventually closed the contest on a 12-1 run.

The Jamil Niner Student Pantry provides food assistance to UNC Charlotte undergraduate and graduate students who struggle with food insecurity. In 2013, the USDA defined food insecurity as a condition that occurs when people do not have enough resources to feed themselves. The pantry offers a variety of nutritious foods on a weekly basis to currently registered UNC Charlotte students.

Crean enters his fourth season at Georgia just three victories shy of a significant coaching milestone. He has 397 career victories in 21 seasons. Crean won 190 games Marquette from 1999-2008, including eight postseason appearances headlined by a trip to the 2003 NCAA Final Four. Crean then added 166 victories at Indiana from 2008-17, where he led the Hoosiers to four NCAA Tournaments and two Big Ten Championships.

Under Crean, Georgia has emerged as one of the SEC’s most potent offenses while also attracting fans at a record-breaking pace.

The Bulldogs averaged averaged 77.5 points per game last season, their second-best effort in the 2000s and the most since 2002-03. Georgia has reached the 90-point scoring plateau 15 times in Crean’s 90 games over the last three season. By comparison, the Bulldogs did so 15 times in 387 games before his arrival, a span that dates back to the 2006-07 season.

Georgia broke its all-time total attendance record for Stegeman Coliseum in Crean’s first two seasons. In 2019-20, the Bulldogs’ averaged 9,651 fans per home game, the second-highest average in school history, and hosted a school-record 11 crowds of 10,000-plus.

This season, the Bulldogs’ roster features five returning letterwinners and 10 newcomers, including five Division I transfers, two junior college transfers and three freshmen. The Bulldogs’ seven transfers have combined to score 4,782 points at their previous schools, the largest addition of career scoring for any Division I.