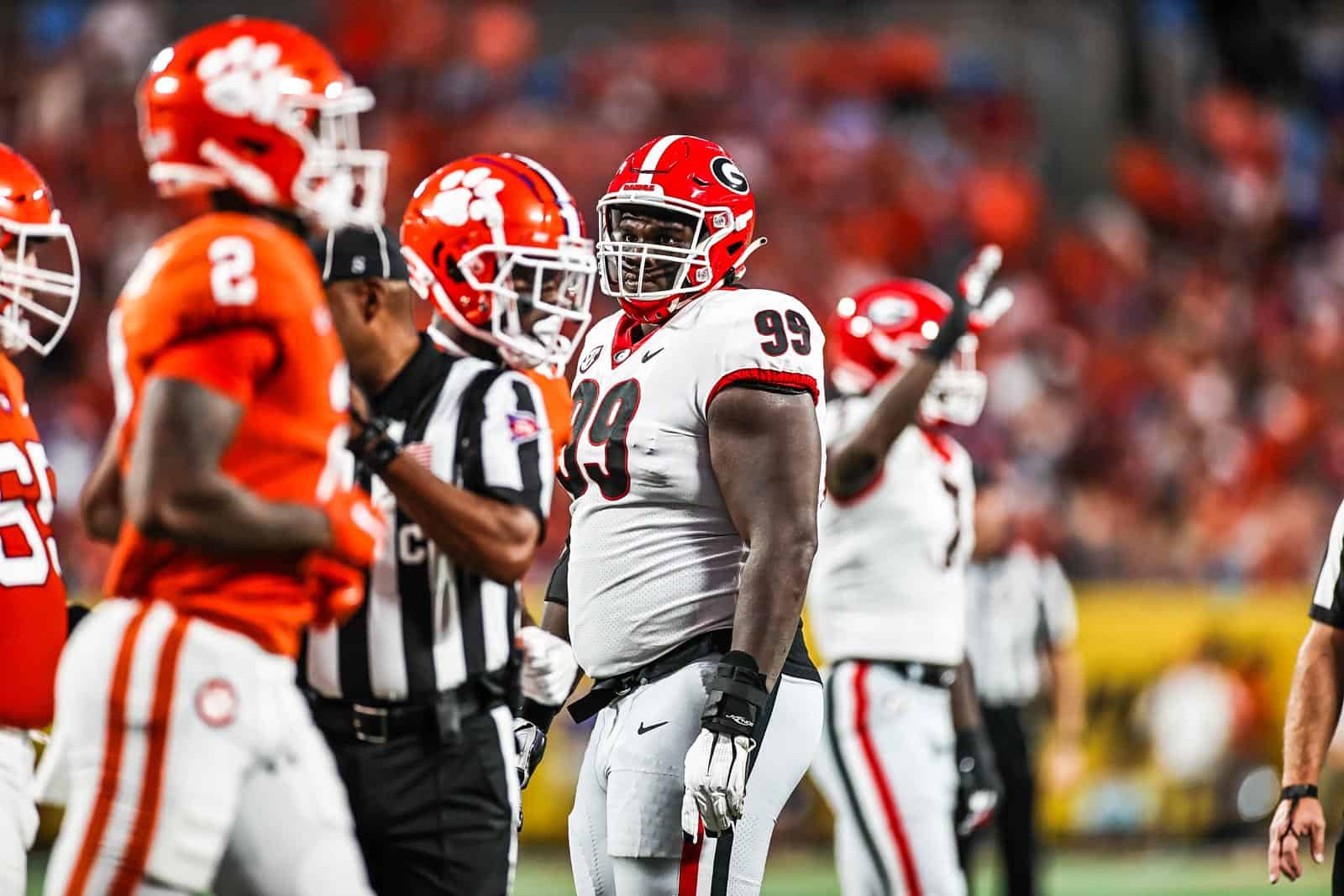 ATHENS, Ga. – Georgia senior nose tackle Jordan Davis has been named the Bronko Nagurski National Defensive Player of the Week following his performance versus No. 3 Clemson over the weekend.

Performing in his hometown of Charlotte, N.C., Davis tallied three tackles, including two tackles for loss and a sack, as the fifth-ranked Bulldogs downed the Tigers 10-3. Georgia held Clemson to just 90 yards in the first half (one rushing, 89 passing) and a total of two yards rushing on the game as the Bulldogs amassed seven sacks.

This marked the Tigers’ lowest scoring output in the Dabo Swinney era and the least points scored since 2007 overall. Clemson finished with only 180 total yards, snapping the Tigers’ streak of 12 straight games with at least 400 yards total offense.

The Bulldogs have had two Bronko Nagurski Trophy finalists in the last four seasons (J.R. Reed, 2019; Roquan Smith, 2017) and one former winner in Champ Bailey (1998). Davis is the first Georgia defender to earn this weekly honor since Bulldog great Jarvis Jones in 2012. Jones won it twice in 2012 and once in 2011.

The Bulldogs return to work on Saturday in Athens, Ga., versus UAB at 3:30 p.m. The game will be played on Dooley Field in Sanford Stadium and will be televised by ESPN2.