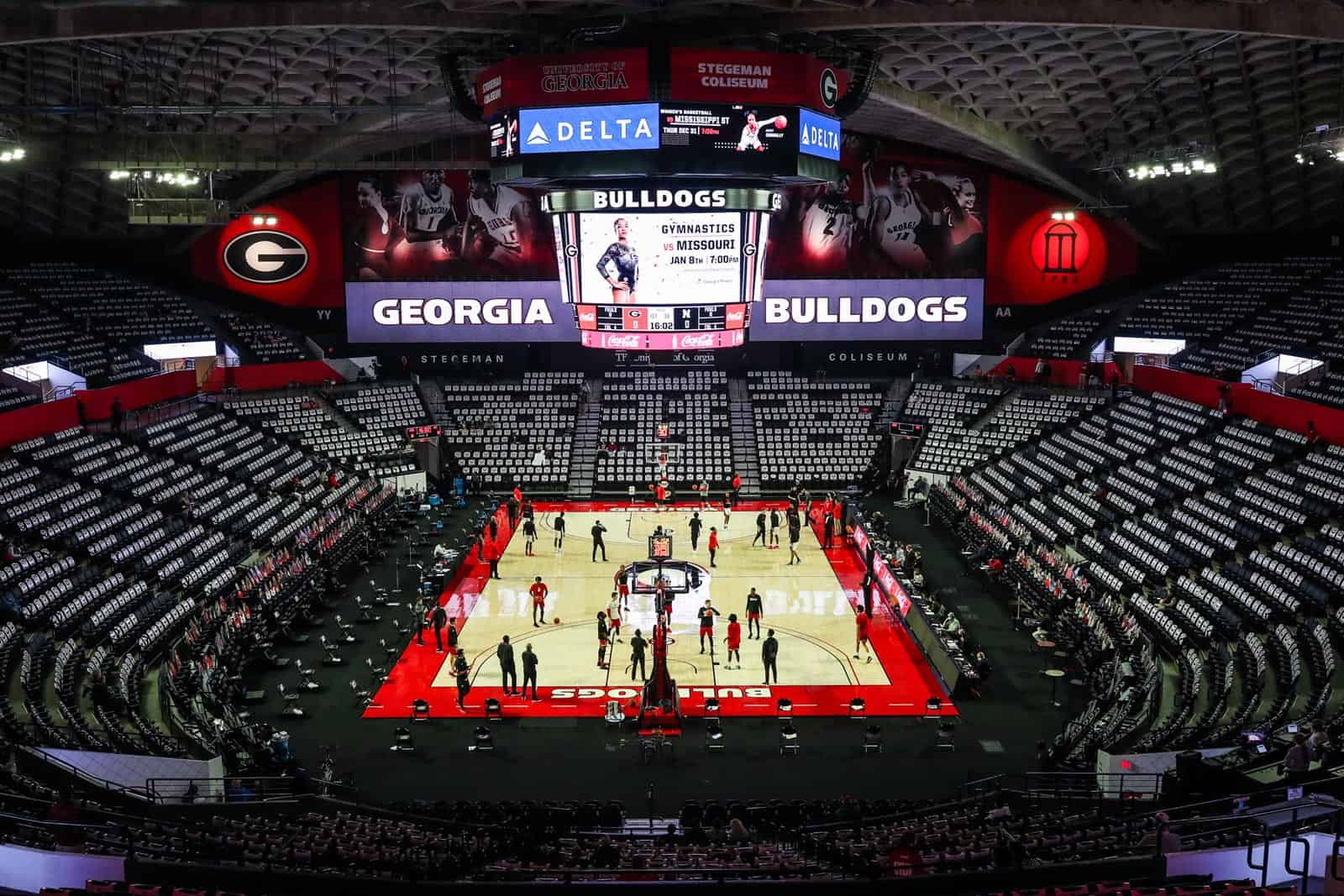 The SEC portion of Georgia’s 2021-22 basketball schedule was officially announced by the conference on Thursday. The Bulldogs open up SEC play on Tuesday, January 4, at home against the Texas A&M Aggies.

“Just like every season, getting our conference schedule raises my level of excitement because it means we’re getting much closer to actually playing games,” head coach Tom Crean said. “That’s even more true today because we anticipate being able to not only play but do so with a full house at Stegeman Coliseum.

“The Bulldog Nation came out in record numbers in our first two seasons at UGA, breaking our all-time total attendance record twice,” Crean continued. “While we were thankful to be able to compete last winter during the pandemic, I would be lying if I didn’t say it wasn’t very different with the limited capacity in attendance. We need our fans to be there in force from first game against FIU in November to the last one against Tennessee in March and give us the boost we saw they were capable of two and three seasons ago.”

Georgia opens the 2021-22 season on Tuesday, November 9 against the FIU Panthers at Stegeman Coliseum in Athens, Ga.

The Bulldogs will travel to face the Cincinnati Bearcats on Saturday, Nov. 13, which will be their only true road game in non-conference play.

Georgia is also scheduled to compete in the 2021 Legends Classic at the Prudential Center in Newark, N.J., on Monday, Nov. 22 and Tuesday, Nov. 23, 2021. Georgia will face Virginia in the first round, followed by either Providence or Northwestern in the championship or consolation game.

“The competition in the SEC night-in and night-out is as challenging as it gets,” Crean said. “The schedule we played last February, with five straight games against NCAA Tournament teams, that’s something you don’t see very often. And the general consensus is the league will be tougher this year than last. I know this team is working extremely hard and is coming together. We are excited about the opportunities ahead of us.”