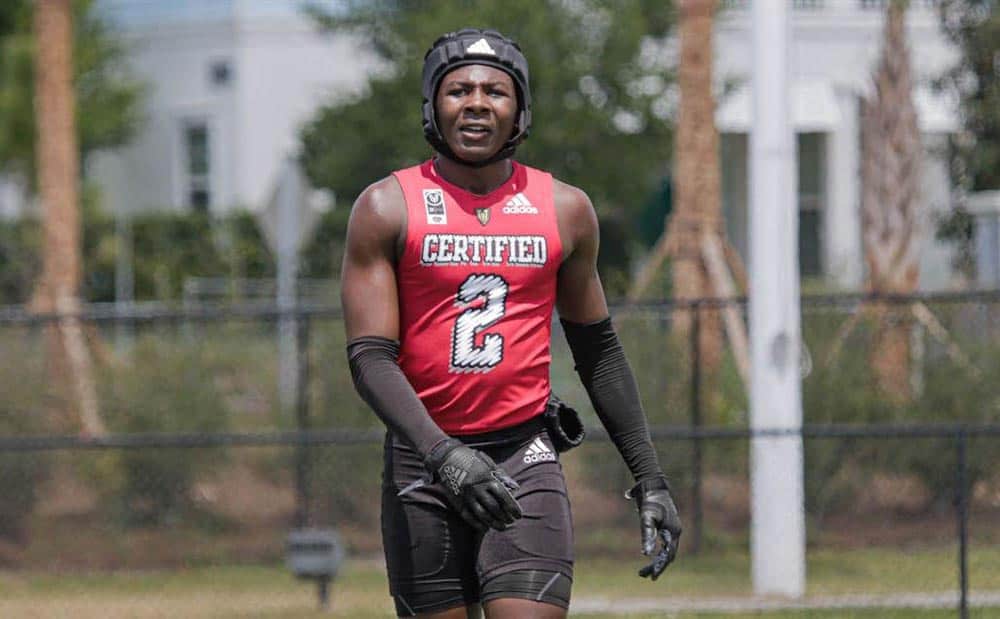 JaCorey Thomas, a four-star safety from Orlando, Fla. (Boone High School), has committed to the Georgia Bulldogs for the 2022 class.

Rivals.com also rates JaCorey Thomas as a four-star recruit, the No. 25 safety, and the No. 48 recruit in the state of Florida.

With the addition of JaCorey Thomas, the Georgia Bulldogs now have 11 commitments for the class of 2022. UGA’s class is currently ranked No. 4 in the 247Sports Team Rankings.