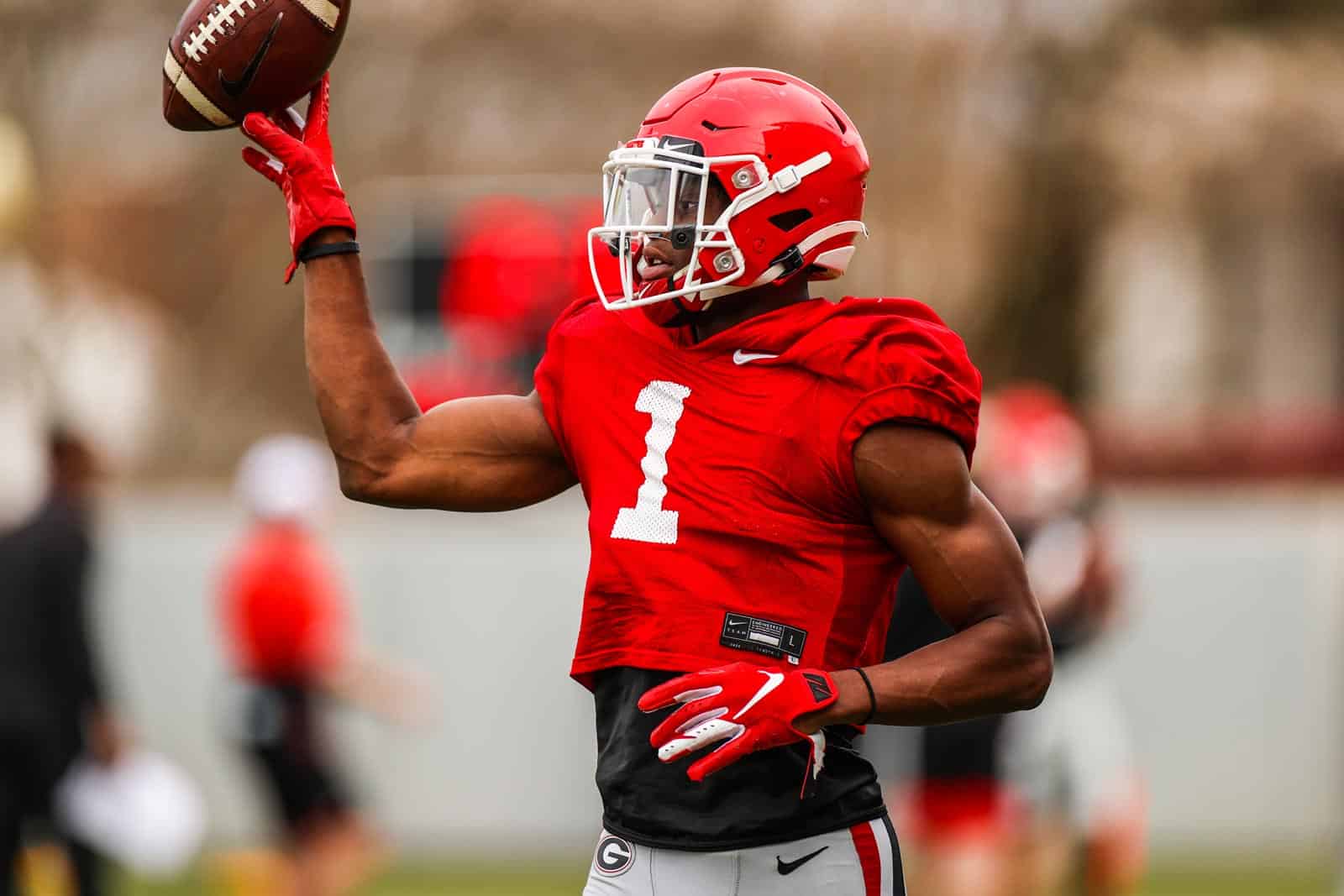 UGA football wide receiver George Pickens suffered an ACL injury to his right knee at practice on Tuesday, the school has confirmed.

News of the injury was first reported earlier on Wednesday by UGASports.com. The website reported that Pickens’ hurt the ACL “…while landing after catching a pass.”

George Pickens, a junior wide receiver from Hoover, AL, injured his right knee in spring football practice on a non-contact play on Tuesday afternoon. MRI confirmed an injury to his anterior cruciate ligament (ACL), which will require surgery. He has already started his pre-op rehabilitation program under the supervision of the UGAAA sports medicine staff and a full recovery is anticipated.

“The good news is that the MRI showed it to be an isolated injury with no other structures involved,” Smart said. “George is a hard worker. I know he will bring the same work ethic to rehab that he shows in practice every day.”

In 22 games as a Bulldog, George Pickens has collected 85 receptions for 1,240 yards and 14 touchdowns.

The Georgia Bulldogs are scheduled to open the 2021 season on Saturday, Sept. 4 against the Clemson Tigers in the Dukes Mayo Classic at Bank of America Stadium in Charlotte, N.C. (Buy Tickets).