JT Daniels will be medically cleared for Auburn game

JT Daniels will be medically cleared for Auburn game 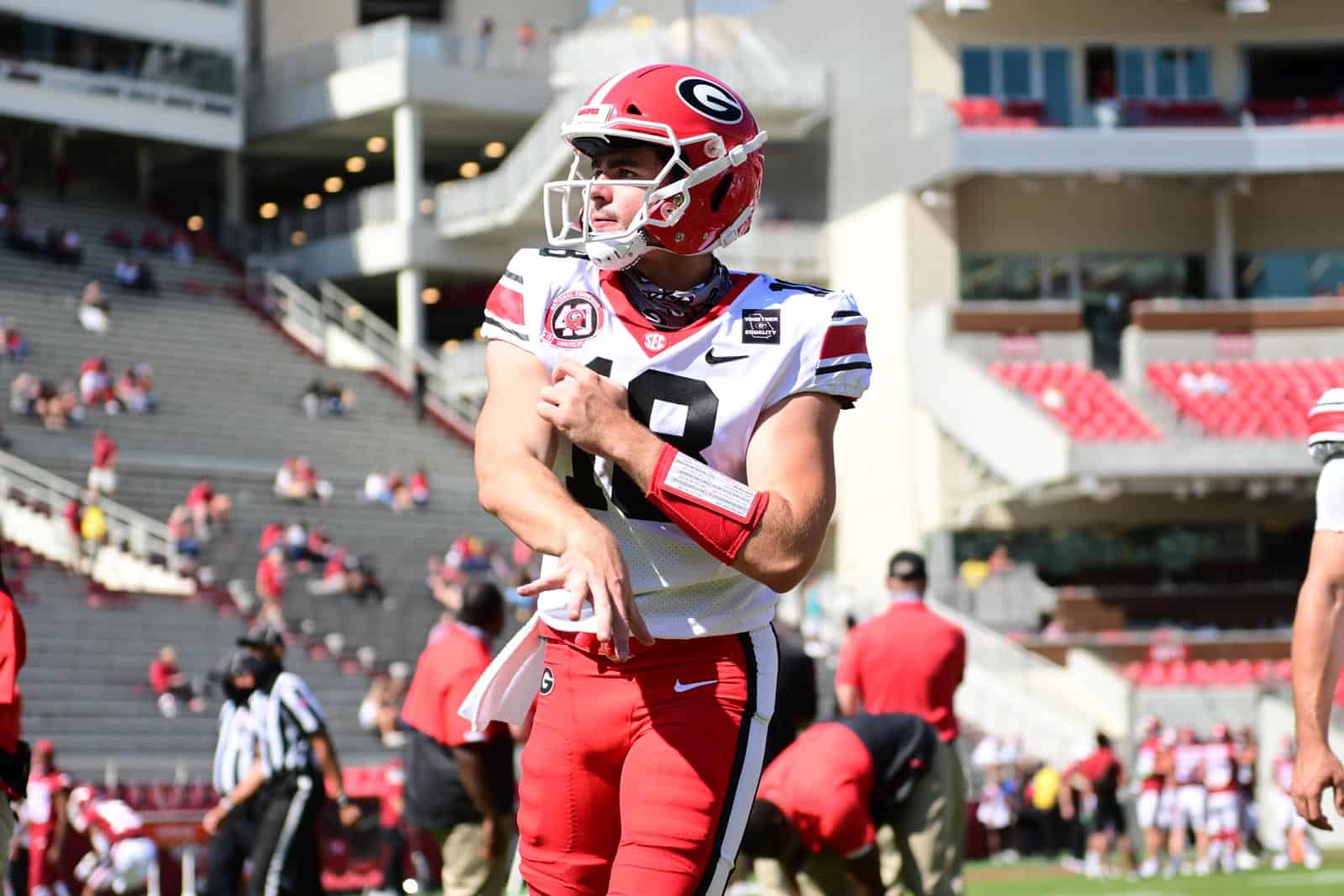 UGA quarterback JT Daniels will be medically cleared to play against the Auburn Tigers this Saturday, head coach Kirby Smart announced on Monday.

Before any reporters were able to ask questions at Monday’s press conference, Kirby Smart talked about the quarterback situation in Athens.

“I know you guys will want to ask the quarterback question and you’ll want to ask it all week,” Smart said. “All I can tell you is we’re going to continue to work with all the guys we’ve got, to put the best guy in there and give us the best opportunity to win the football game.”

D’Wan Mathis started the first game of the season for Georgia against Arkansas in their 37-10 win, but he struggled to move the chains. Mathis was replaced by junior Stetson Bennett, who finished 20-of-29 for 211 yards and two touchdowns.

Mathis was 8-of-17 for 55 yards and one interception. However, Kirby Smart stated on Monday that it wasn’t as bad as it looked.

“D’Wan did not play as bad as it seemed to some, and (I) thought he did some good things, watching the tape,” Smart said. “He had some unfortunate bad breaks that happened while he was in at quarterback.”

Smart then stated talked about USC transfer JT Daniels, who was not cleared to play this past weekend at Arkansas.

“JT will be cleared, but I don’t know how much that changes the picture in terms of reps and development, ” Smart said. “We’ll be looking at everybody across the board. JT’s got to be able to show us that he can function efficiently and do it with his knee, being able to do it.”

Daniels, a redshirt sophomore, played in only one game during the 2019 season for the USC Trojans after suffering a knee injury.

It doesn’t appear from Kirby’s statement that Daniels will all of a sudden start for the Bulldogs. It’s likely that either D’Wan Mathis or Stetson Bennett will start this Saturday against Auburn.

Georgia also has true freshman Carson Beck, but he didn’t see any action against the Razorbacks.