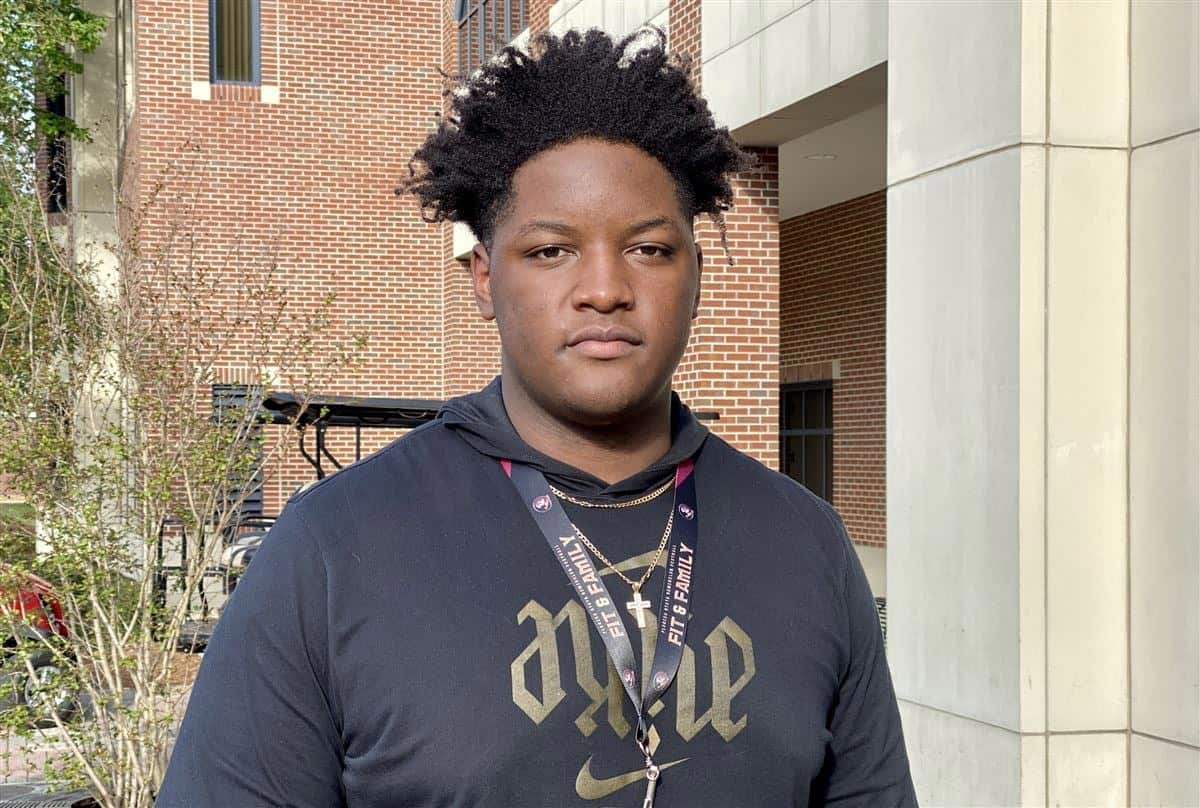 Jared Wilson, a 2021 three-star offensive lineman from Clemmons, N.C., has committed to the Georgia Bulldogs a second time.

Wilson previously committed to the Georgia Bulldogs in November 2017, but later decommitted. He then committed to Mack Brown and the North Carolina Tar Heels.

On Monday, Wilson announced that he had flipped back to Kirby Smart and UGA.

In the 247Sports Composite, Jared Wilson is rated as a three-star recruit, the No. 22 offensive guard, and the No. 392 overall recruit for the 2021 class.

Wilson is also rated as a three-star recruit by Rivals.com. They list him as the No. 34 player in the state of North Carolina.

The Georgia Bulldogs now have 11 commitments for the class of 2021. UGA’s class is currently ranked 15th in the 247Sports Team Rankings.