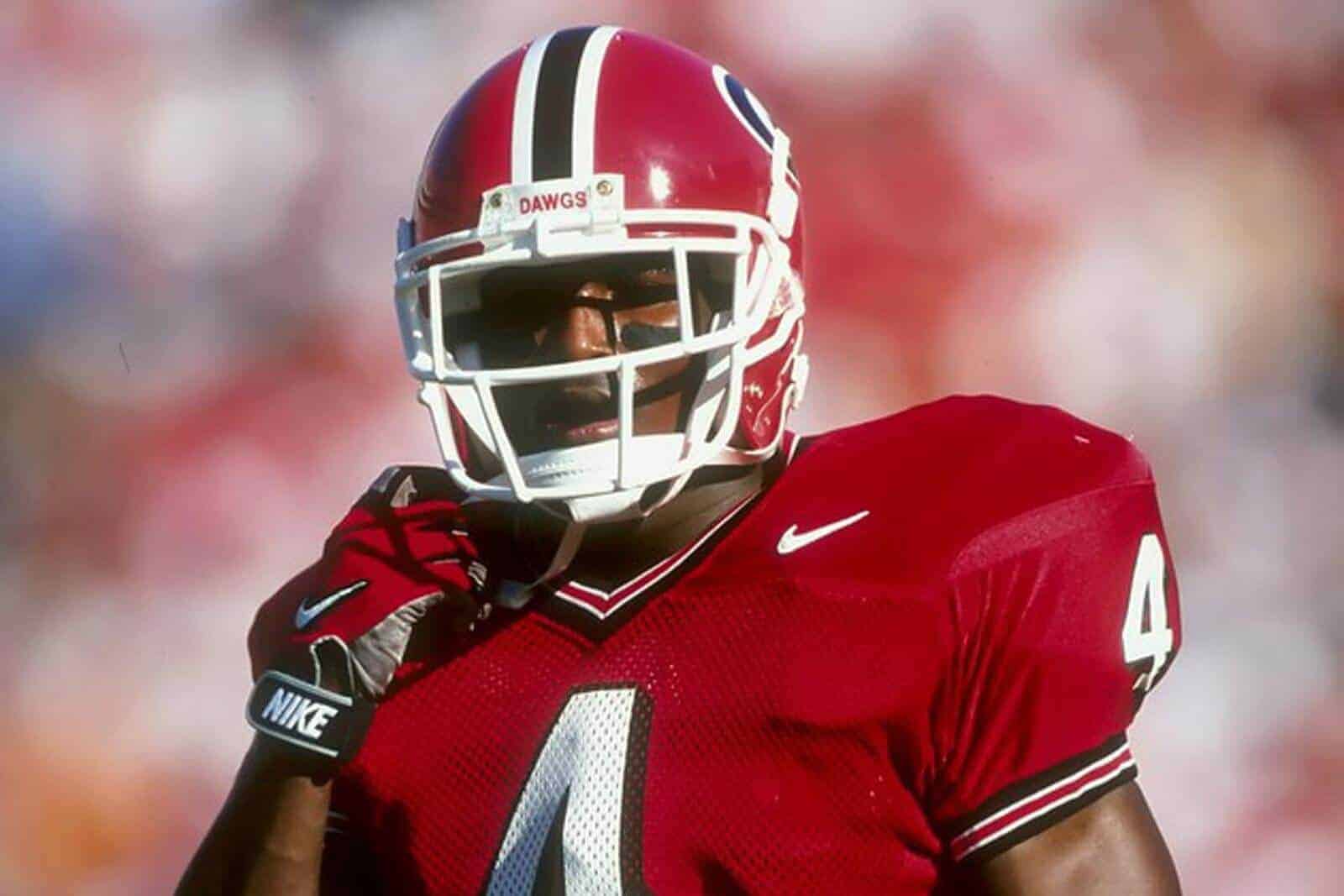 Former UGA football defensive back Champ Bailey has been named to the 2021 College Football Hall of Fame Ballot, the National Football Foundation (NFF) and College Hall of Fame announced on Monday.

“It’s an enormous honor to just be on the College Football Hall of Fame ballot considering more than 5.4 million people have played college football and only 1,027 players have been inducted,” said NFF President & CEO Steve Hatchell. “The Hall’s requirement of being a First-Team All-American creates a much smaller pool of about 1,500 individuals who are even eligible. Being in today’s elite group means an individual is truly among the greatest to have ever played the game, and we look forward to announcing the 2021 College Football Hall of Fame Class Presented by ETT early next year.”

Champ Bailey played for the Georgia Bulldogs from 1996 through 1998. He was named a consensus first-team All-American, first-team All-SEC, and claimed the Bronko Nagurski Trophy as the nation’s top defensive player.

In his three seasons at Georgia, Champ Bailey recorded 52 tackles (four for loss), three interceptions, and seven passes deflected. As a dual-threat on offense, Bailey had 47 catches for 744 yards (15.8 avg.), five touchdowns, 84 yards rushing on 16 carries, 12 kickoff returns for 261 yards, and four punt returns for 49 yards.

In the 1999 NFL Draft, Champ Bailey was selected in the first round, seventh overall, by the Washington Redskins. Bailey played for the Redskins through 2003 before spending the 2004 through 2013 seasons with the Denver Broncos.

“Having a ballot and a voice in the selection of the College Football Hall of Fame inductees is one of the most cherished NFF member benefits,” said NFF Chairman Archie Manning, a 1989 Hall of Fame inductee from Mississippi. “There is no group more knowledgeable or passionate about college football than our membership, and the tradition of the ballot helps us engage them in the lofty responsibility of selecting those who have reached the pinnacle of achievement in our sport.”

The 2021 voting deadline is Tuesday, July 7. The 2021 College Football Hall of Fame Class will officially be inducted during the 64th NFF Annual Awards Dinner on Tuesday, Dec. 7, 2021.