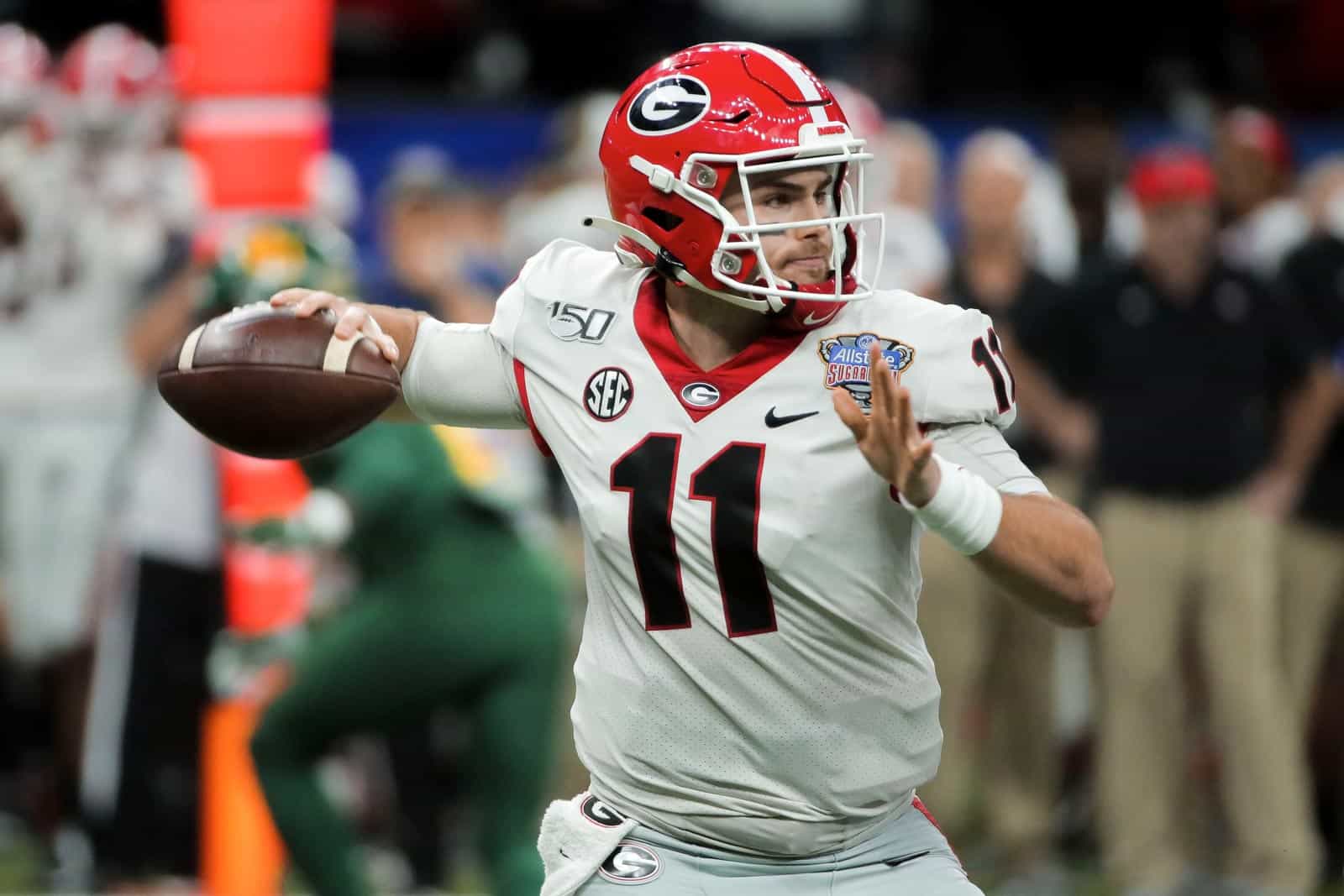 Jake Fromm, UGA’s quarterback for the last three seasons, has been selected by the Buffalo Bills in the third round of the 2020 NFL Draft (167th overall).

Fromm (6-2, 220) bypassed his senior season to enter the NFL Draft. He finished his career in Athens with 622 completions on 983 attempts for a 63.3 completion percentage, which is the highest career completion percentage in UGA history. In his three season, Fromm amassed 8,236 yards and 78 touchdowns against only 18 interceptions.

So thankful for all the memories you've given us, @FrommJake! Wishing you the best on this next great step in your journey !! pic.twitter.com/aByJh4fc39

1️⃣1️⃣ heads to Buffalo! You proved yourself once – go do it again. Congrats,@FrommJake‼️ 👑#NFLDraft
📺 LIVE: @ESPN, @ABCNetwork, @NFLNetwork pic.twitter.com/LtGfrOW7nQ

Among his career highlights are leading the Bulldogs to a win at Notre Dame in his first career start, a victory over the Oklahoma Sooners in the College Football Playoff Semifinal at the Rose Bowl, and a National Championship Game appearance against the Alabama Crimson Tide following the 2017 season.

In his final appearance as a Georgia Bulldog, Fromm guided Georgia to a 26-14 win over the seventh-ranked Baylor Bears in the 2020 Allstate Sugar Bowl.

A native of Warner Robins, Ga. (Houston County), Jake Fromm signed with Kirby Smart and the Georgia Bulldogs as part of the 2017 recruiting class along with other draftees Andrew Thomas and D’Andre Swift.

The NFL has not released the 2020 schedule yet due to the novel coronavirus 2019 (COVID-19) pandemic, but plans to release it on or before Saturday, May 9. However, Buffalo’s opponents for the 2020 season have been set and can be viewed at the link below: