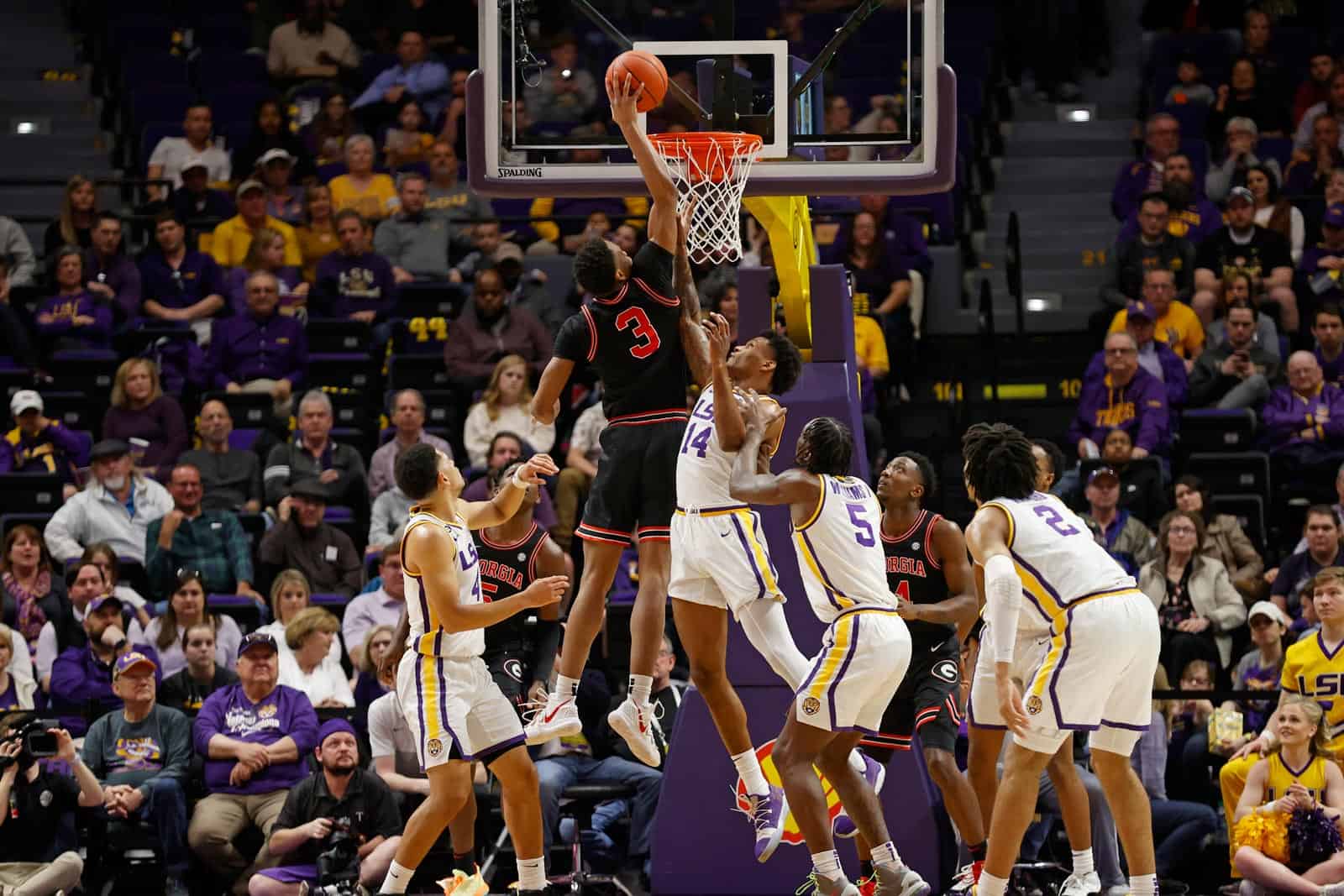 BATON ROUGE, La. – The Georgia Bulldogs were defeated by the LSU Tigers, 94-64, on Saturday afternoon at the Pete Maravich Assembly Center in the final game of the Southeastern Conference regular season.

Freshman Anthony Edwards paced Georgia in scoring for the 21st time this season. He recorded 17 points in the contest, the 27th time he has tallied double-digit points. Joining Edwards in double figures was junior Rayshaun Hammonds with 12. Hammonds led the Bulldogs in rebounding, grabbing eight boards.

“Not a good one,” Georgia Head Coach Tom Crean said. “We came out and we started settling for jumpers because the lane was a little packed. We are struggling with our focus in a lot of areas and what works and how to play winning basketball in the sense of attacking and driving. We gave up too many easy shots to them at times. We got on the glass early. We are preaching toughness nonstop, we are always working on toughness so you can’t come out at this level on the road and think that it is going to be about jump shots early. It is not jump shots early but establishing your presence and we are not good at that right now.”

The first five minutes of the contest saw neck-and-neck action between the two teams. LSU took a slight lead, 11-10, just under the 15-minute mark.

Though Georgia was able to regain the lead on one occasion, the Tigers grabbed the advantage they would hold onto for the rest of the matchup with 12:09 to play.

The Tigers went on a 6-0 run in under a minute to gain the first double-digit lead of the contest, 30-19.

Out of the UGA timeout, the Bulldogs were able to cut their deficit back to single digits. LSU answered with a 9-0 run, including a 3-for-3 performance from the field, to extend its lead to 15 (37-23).

With just under three minutes remaining in the first half, freshman Sahvir Wheeler drained a shot from behind the arc, marking the first field goal for the Bulldogs in nearly three minutes of play.

Georgia was never able to get within single digits of the Tigers, sending them into the locker room trailing by 14, 49-35.

Although the Bulldogs scored the first basket of the second half, they encountered another three-minute period without a field goal before freshman Christian Brown made a layup.

Georgia faced their first 20-point deficit just under the 15-minute mark in the second half.

Two made free throws from Edwards followed by two straight-baskets from sophomore Tye Fagan got the Bulldogs back within 17 of the Tigers just before the under-12 media timeout.

In the closing minutes, the Tigers grabbed the first 30-plus point advantage of the contest. The Bulldogs were never able to overcome their deficit, falling to LSU by a final score of 94-64.

Up next, Georgia travels to the Bridgestone Arena in Nashville, Tenn. to start play at the 2020 SEC Tournament. The Bulldogs will be the 13th seed, slated to play in the opening game of the tournament on Wednesday, March 11th, at 7 p.m. ET on SEC Network.