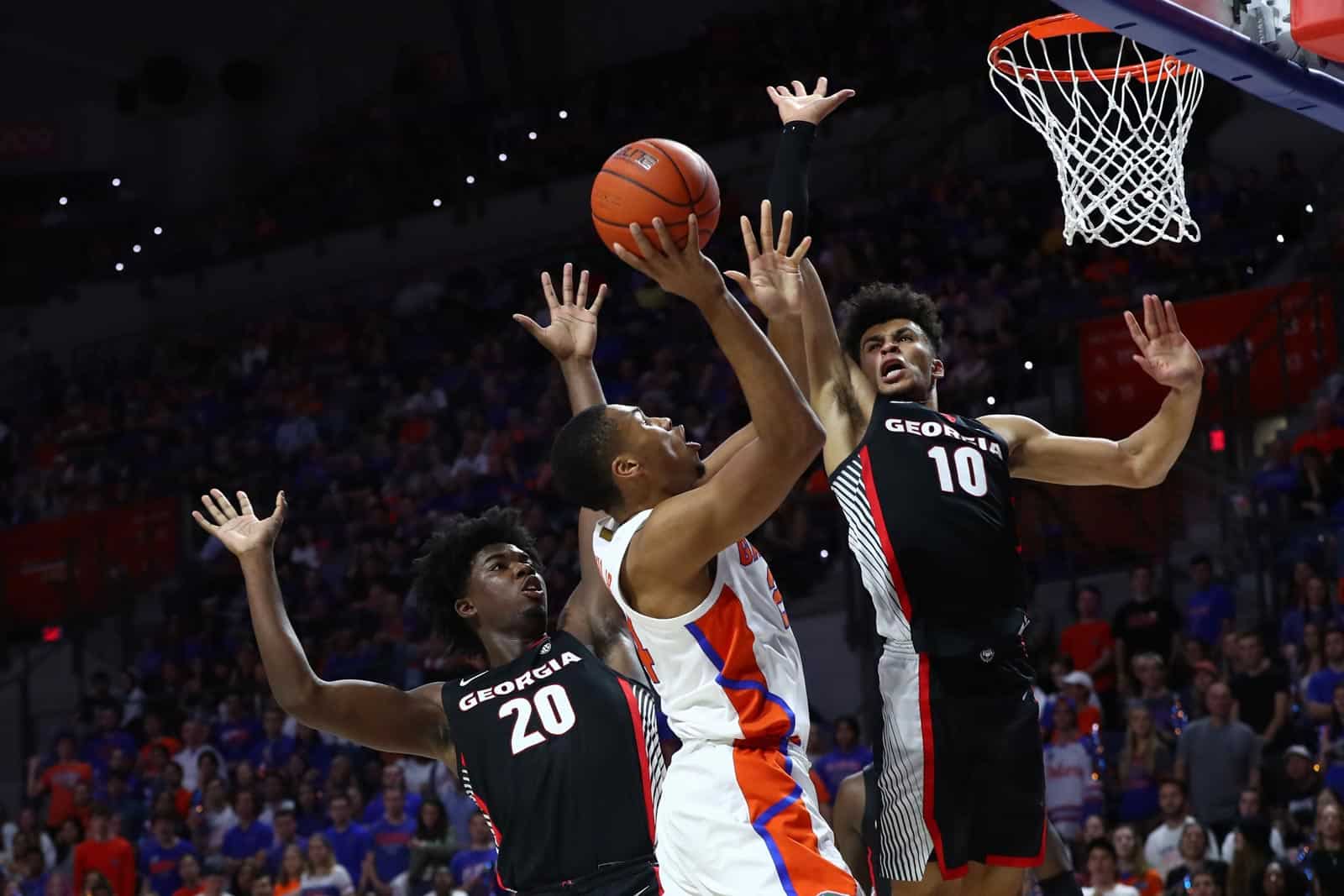 Highlighting the night for Georgia were freshmen standouts Anthony Edwards and Sahvir Wheeler who both finished with streak-extending performances. Edwards tabbed his 11th 20-point scoring night and second 30-point game of the season with 32 points on the night. Once again, Edwards finished as Georgia’s leading scorer and also led in boards with six. Wheeler led the team with four assists to up his assist season total to 92, only eight shy from being the first Bulldog with 100 assists since Dustin Ware during the 2008-09 season. He added 16 points for the Bulldogs to mark his sixth double-digit game of the season.

“We had really great looks,” Georgia head coach Tom Crean said. “Some of the shots we just missed, at the end of the day. This is not a complete ‘glass is empty’ type of deal — it never is. We did some really good things inside of the game, and we kept fighting. The crowd took over, but we kept fighting through it. There’s a lot of positives to take from it.”

Florida put up the first points to start, but it soon became a back-and-forth game between the two rivals. Edwards’ first 3-point jumper of the night stopped a 6-0 Florida run, closing the lead to 10-9, and eventually helped the Bulldogs to capture the lead. Despite trailing for the first eight minutes of the game, the Bulldogs captured the advantage at the 12:50 mark and held it for the rest of the half.

By the 12:00 mark, Edwards scored 12 points to help Georgia hold a steady advantage over the Gators.

Edwards then went on a 10-point scoring spree to lift the Bulldogs to a 17-0 run. While the Gators cut into the lead prior to the half, Georgia maintained a double-digit advantage with yet another run (13-0). The Bulldogs headed into the locker room leading, 40-26.

Georgia continued to display its dominance, grabbing a 22-point lead early in the second half thanks to a layup by Wheeler. However, Florida responded by scoring 17 of the next 20 points, closing Georgia’s lead to 55-47.

To go along with a Florida 23-2 run, the Gators then gained back the lead (59-57) with a 3-pointer by Andrew Nembhard with less than 10 minutes left to play.

Though the Bulldogs were able to cut the deficit to two, Florida continued its momentum to take the 81-75 win.

Georgia returns home to host Alabama at Stegeman Coliseum on Saturday, Feb. 8, at 6:00 p.m. The game will be televised on the SEC Network.