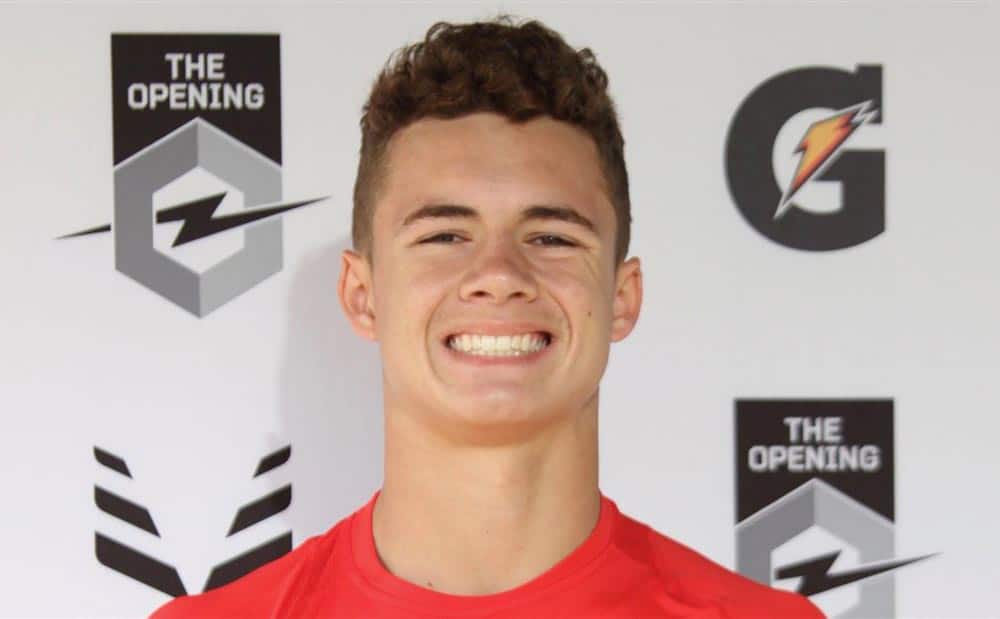 Ladd McConkey, a three-star wide receiver from Chatsworth, Ga., has committed to the Georgia Bulldogs for the class of 2020.

McConkey announced his commitment to Kirby Smart and UGA via his Twitter account on Super Bowl Sunday.

McConkey is also rated as a three-star recruit by Rivals.com.

Georgia now has a total of five wide receivers for the 2020 class. McConkey joins Jermaine Burton, Justin Robinson, Marcus Rosemy, and Arian Smith, who each signed with the Bulldogs in December.

The Bulldogs’ 2020 recruiting class is currently ranked number one in the country by 247Sports. McConkey can officially sign with the Bulldogs on the regular signing day, which is set for Wednesday, Feb. 5, 2020.