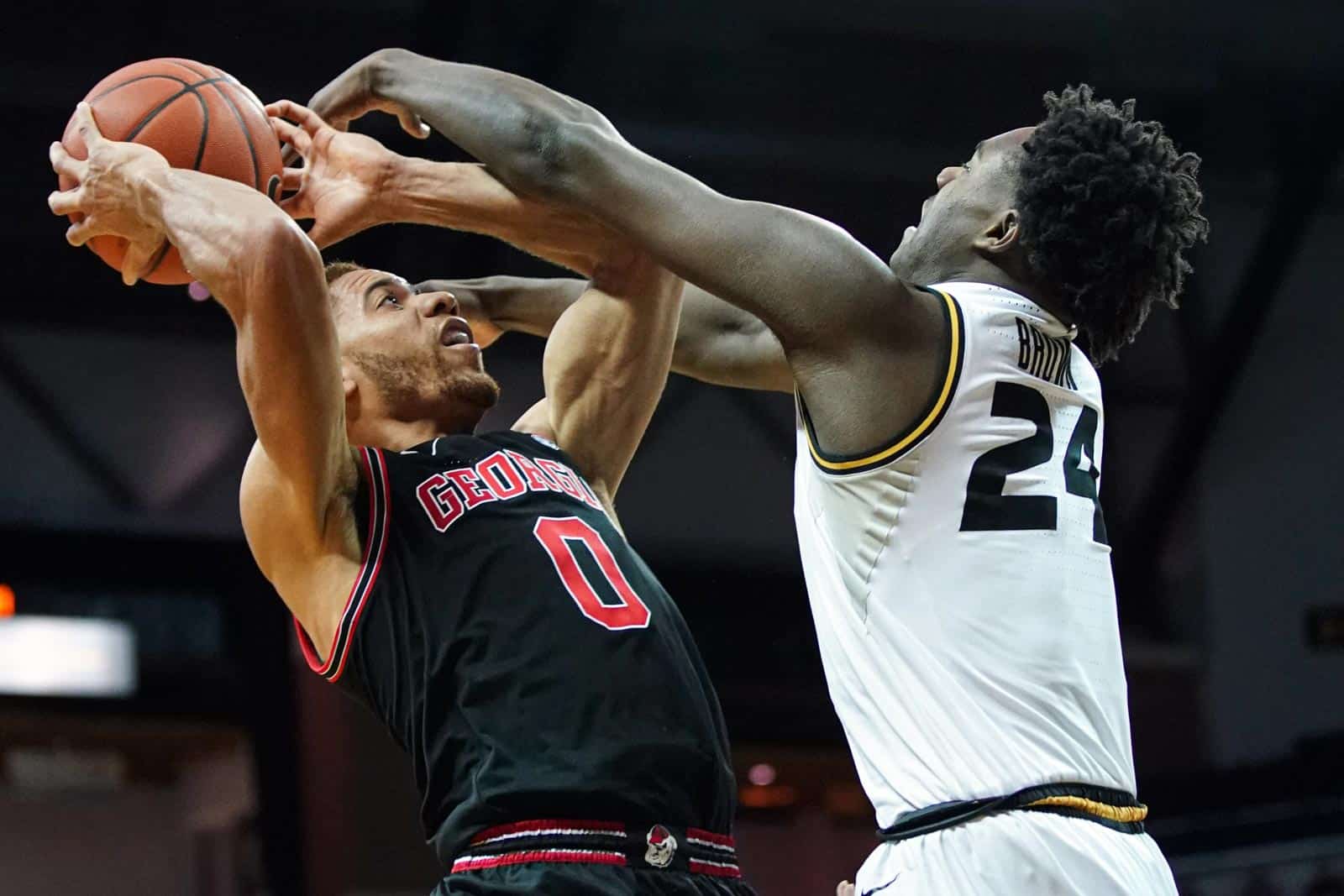 COLUMBIA, Mo. – The Georgia Bulldogs were defeated by the Missouri Tigers, 72-69, on the road Tuesday night at Mizzou Arena.

Freshman Anthony Edwards led Georgia in scoring and rebounding, recording his first-career double-double with 23 points and a career-high 10 boards. This is the 12th time this season that Edwards has paced the Bulldogs in scoring. This also marks Edwards’ ninth-career 20-point game.

“I told my team, momentum is always up for grabs,” Georgia Head Coach Tom Crean said. “Reed Nikko was living proof of that today. He came in and was much tougher than us around the rim. He changed it in the second half, gave them confidence and we did not guard as well in the second half. We did not guard the dribble as well. We had some guys who really struggled tonight and they really struggled on both ends of the floor. If you are struggling on one, you certainly can’t struggle on the other. We had that. We have to learn that when we play hard and play together like that, we can do a lot of really great things. Momentum is up for grabs and no one went and grabbed it back. That is the level of toughness you have to have to be able to make strides and to be able to win on the road. Our offense left us a little bit. Bottom line, we did not guard them well enough at the end of the game.”

After Missouri gained an 8-2 advantage as the result of an 8-0 run, a basket in the paint from Camara knotted the game 8-all to cap a 6-0 Georgia run.

The Bulldogs took their first lead of the contest, 12-11, off Edwards’ second shot from behind the arc with 12:46 to play in the opening half.

The combination of going three-of-three from the field and forcing a 2:43 Missouri scoring drought resulted in Georgia’s first double-digit advantage of the matchup (27-17).

The Bulldogs continued to extend their lead. A tip-in from freshman Rodney Howard capped a 15-1 Georgia run over five minutes to grab the 35-17 advantage.

While the Tigers were able to get within nine points of Georgia at one point in the closing minutes of the opening half, the Bulldogs went into the locker room sporting the 42-30 lead.

The Tigers, off a 10-point run, cut Georgia’s lead back to single digits with 7:04 remaining. Missouri, for the first time since 11:13 remaining in the first half, regained the one-point lead with 2:20 to play.

A layup from graduate transfer Donnell Gresham Jr. reclaimed the one-point Georgia lead on the following possession. While the two teams traded leads in the final minutes, Missouri grabbed a two-point advantage with 37 seconds remaining. The Bulldogs were unable to overcome the last-minute deficit, falling to the Tigers, 72-69.

Up next, Georgia returns to a sold-out Stegeman Coliseum to host the Texas A&M Aggies on Saturday, Feb. 1, at 1 p.m. The matchup will be televised on SEC Network.