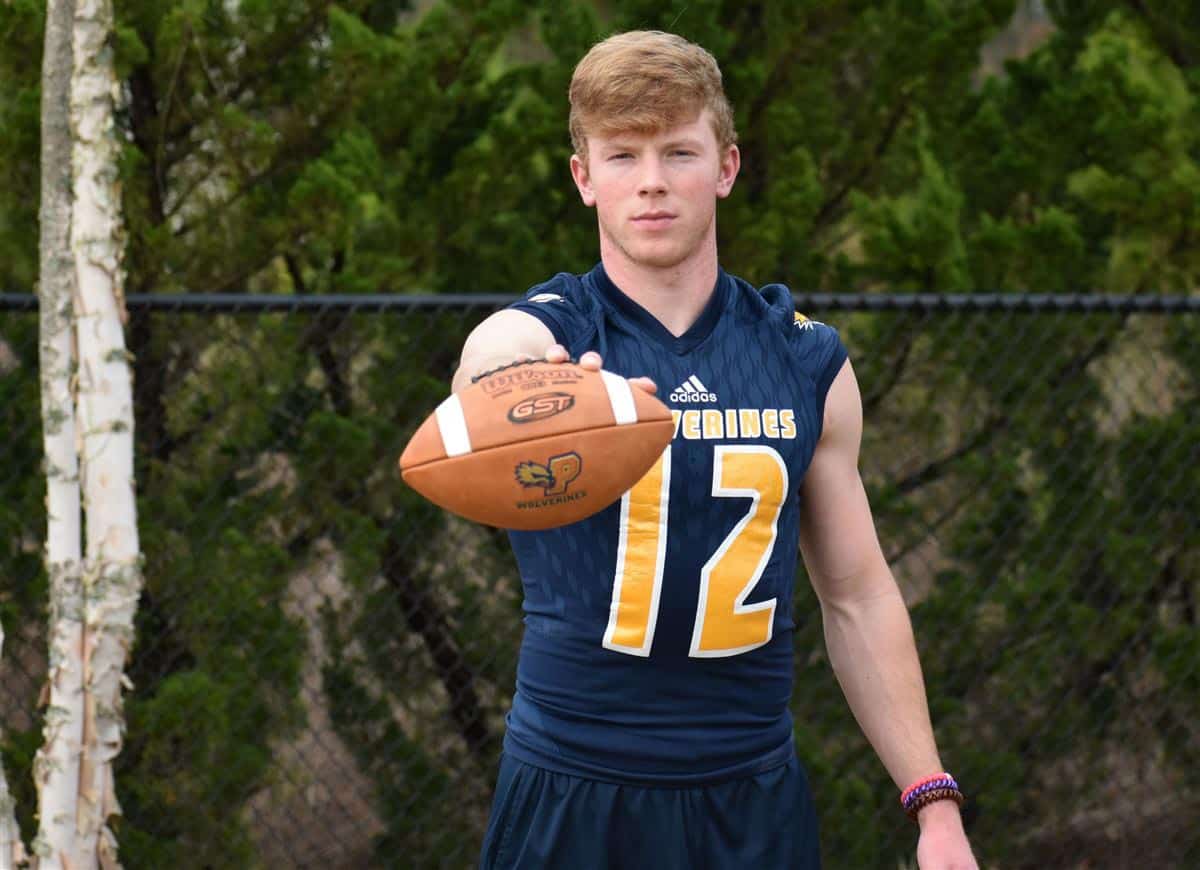 Brock Vandagriff, a five-star quarterback from Bogart, Ga., has committed to the Georgia Bulldogs for the class of 2021.

Vandagriff announced his commitment to Kirby Smart and the Georgia Bulldogs via his Twitter account on Tuesday morning.

Brock Vandagriff (6-2.5, 199) plays for Prince Avenue Christian School. He was previously committed to the Oklahoma Sooners, but decommitted on January 1.

In the 247Sports Composite, Brock Vandagriff is rated as a five-star recruit, the No. 1 pro-style quarterback, and the No. 8 overall recruit for the 2021 class.

Vandagriff is also rated as a five-star recruit by Rivals.com. They list him as the No. 1 pro-style quarterback and the No. 4 overall recruit in the country for 2021.