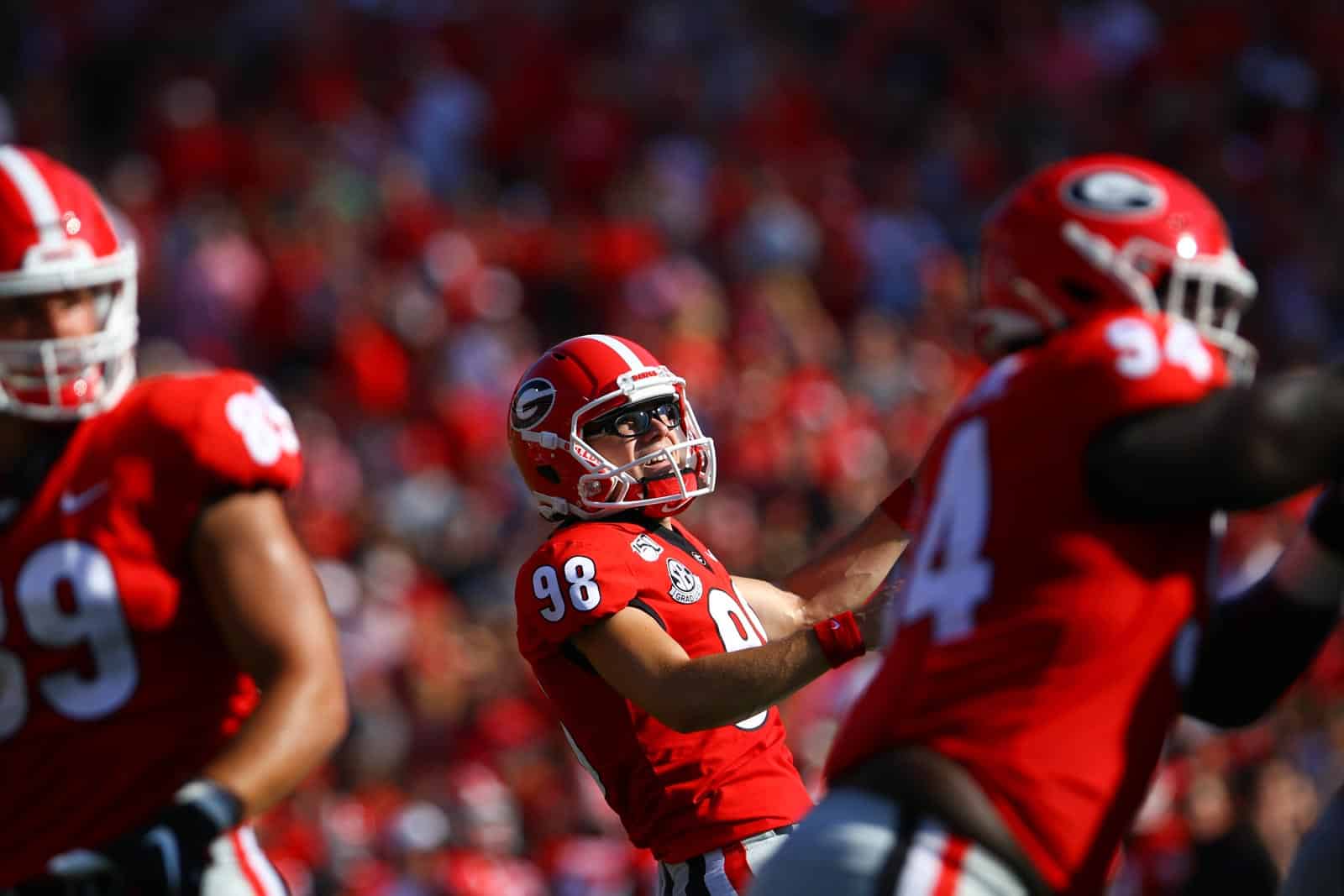 ATHENS, Ga. – Georgia graduate place-kicker Rodrigo Blankenship is the fourth Bulldog in history to be named the Southeastern Conference Scholar-Athlete of the Year for football, according to a league announcement on Thursday.

Off the field and on the field honors have rolled in for Blankenship this season. The six-time 2019 SEC Special Teams Player of the Week has earned one of the National Football Foundation (NFF) National Scholar Athlete Awards; is a finalist for the Campbell Trophy, Lou Groza Award and Burlsworth Trophy; and he was a semifinalist for Wuerffel Trophy.

Blankenship, a native of Marietta, Ga., is the SEC’s second leading scorer this year, averaging 9.6 points per game, and has connected on 24-of-28 field goal attempts and all 115 of his PATs. He has drilled three 50-yard field goals during his team’s 11-1 start. Blankenship is the FBS active leader by 15 with a total of 77 made field goals. After scoring 13 points in the victory over No. 24 Texas A&M, he became UGA’s all-time leading scorer and now has with 428 points, which ranks second all-time in league history.

The former walk-on was a 2019 CBS Sports/Athlon Midseason All-American. Blankenship has connected on a school record 197 consecutive PATs, which also ranks second in SEC history. Thanks in large part to his contribution, Georgia leads the nation with 288 PATs in a row dating back to 2014.