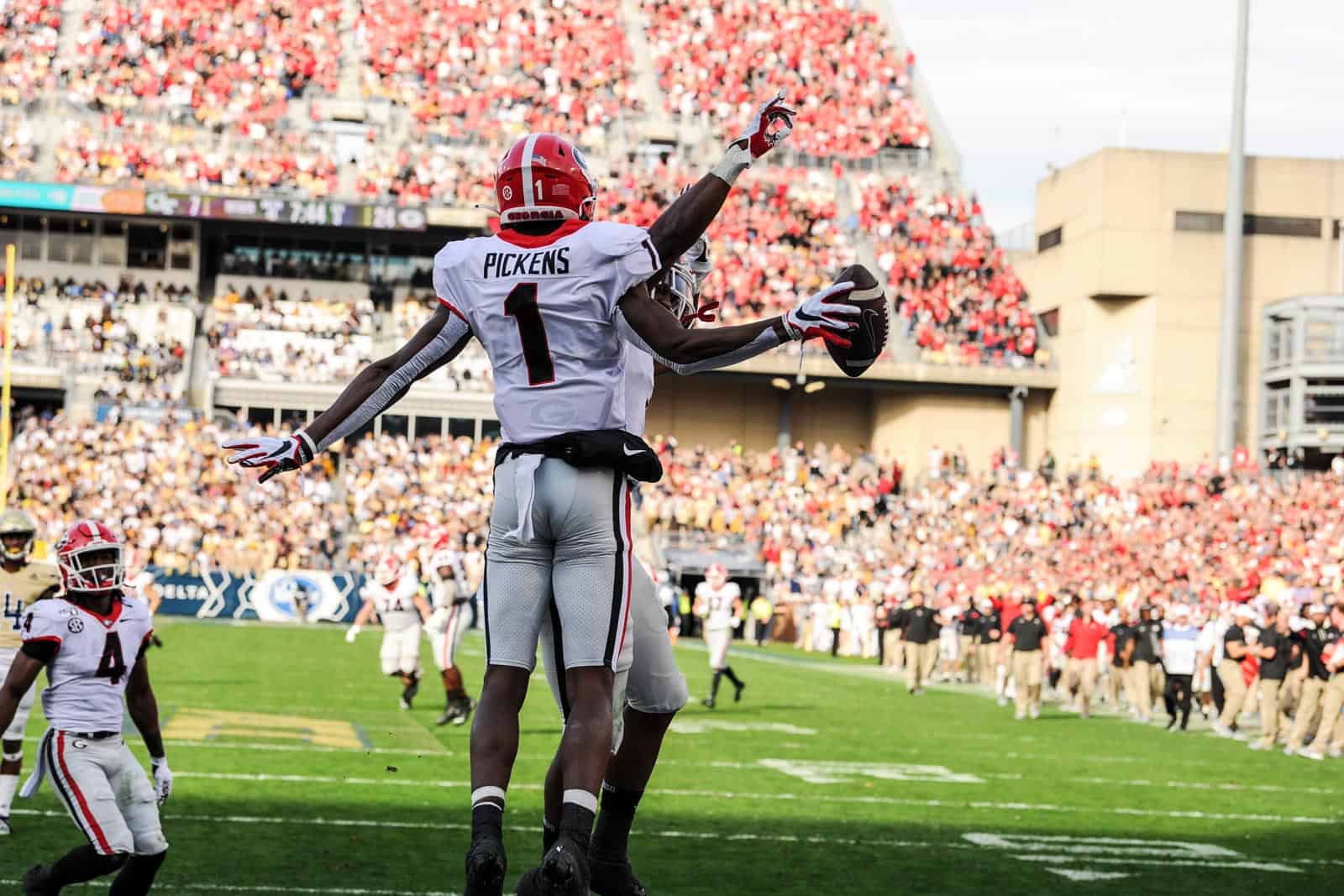 The Georgia Bulldogs have held their No. 4 position in the College Football Playoff rankings for Week 15 of the 2019 season that were released tonight.

Georgia made the short trek to Atlanta on Saturday and crushed the in-state rival Georgia Tech Yellow Jackets 52-7. With the victory, the Bulldogs improved to 11-1 overall (7-1 SEC).

The Ohio State Buckeyes held onto the top spot after defeating Michigan in Ann Arbor, 56-27. LSU remains second followed by Clemson in third.

Georgia has beaten three teams that are ranked in the current CFP rankings — Florida is No. 9, Auburn is No. 11, and Notre Dame is No. 15.

On Saturday, Dec. 7, Georgia takes on No. 2 LSU in the 2019 SEC Championship Game at Mercedes-Benz Stadium in Atlanta, Ga. The game will be televised by CBS at 4:00pm ET.