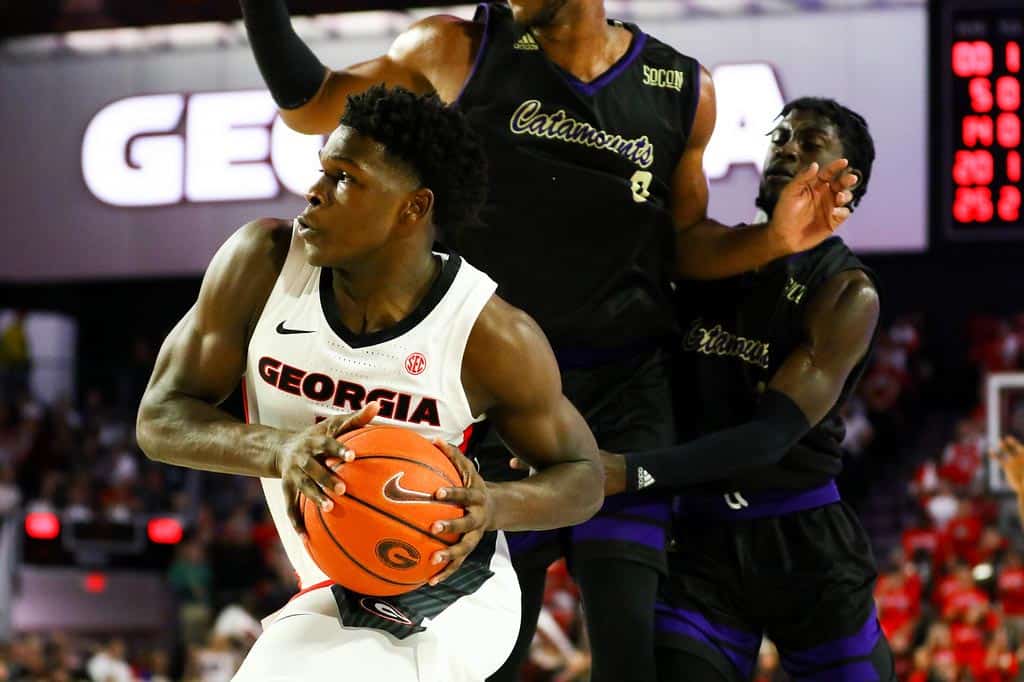 Georgia’s freshman class contributed big for the Bulldogs in the win over the Catamounts with the two leading scorers playing in their first collegiate games. Five freshmen accounted for 59 percent of Georgia’s points, tallying 54 of the 91. Freshman Anthony Edwards led all scorers recording 24. Along with Edwards, freshman Sahvir Wheeler tallied 19 points. Senior Tyree Crump also ended the night in double-digit points with 11.

Junior Rayshaun Hammonds grabbed a team-high 12 boards, marking his sixth-career double-digit rebounding performance. He was one rebound shy of his career-high of 13.

“We have got to get better in so many areas, but I thought the crowd was great,” head Coach Tom Crean said. “The student crowd was jacking me up. That was phenomenal. There is lots of room where we can get better. We have to strengthen our post defense. We have to get more depth there and stay out of foul trouble, but we found a way. That’s the best thing about a young team. We found a way. I thought when Rodney Howard was in there in the second half, he helped change the game with a couple quick post moves. There’s a ton of room for improvement. We know that and we knew that there would be. Now we have a week to do something about it with a 1-0 record.”

The first half saw back-and-forth action as neither team led by more than four at any point. There were 13 lead changes throughout the first 20 minutes of play.

A 7-0 run from the Catamounts, which gave them a three-point advantage, was ended by a free-throw from Edwards. Wheeler followed with a layup to tie the game once again, 37-37.

A free-throw from WCU sent Georgia into the locker room trailing by one, 38-37.

The beginning of the second half saw much of the same, although Georgia quickly regained the lead coming out of the locker room. The two teams remained tied for two minutes of play. As the result of a three-minute scoring drought for Georgia, WCU pulled ahead by three with 14:26 to play.

A 7-0 run from the Bulldogs gave them the advantage and pushed their lead again to four, still the largest of the game for either team. Wheeler contributed five of the seven points off free-throws. Hammonds tacked on a free throw and freshman Christian Brown capped the run with a layup.

With eight minutes to play, Georgia scored on three straight possessions, including three-pointers from Edwards and Crump and a layup from freshman Rodney Howard to gain a seven-point edge. The Bulldogs continued to pull away, ending the game on an 8-0 run over 55 seconds to defeat the Catamounts by 19 points.

Up next, Georgia continues its four-game homestand when it hosts The Citadel in Stegeman Coliseum next Tuesday, Nov. 12, at 7 p.m. The game will be broadcast on SEC Network+.