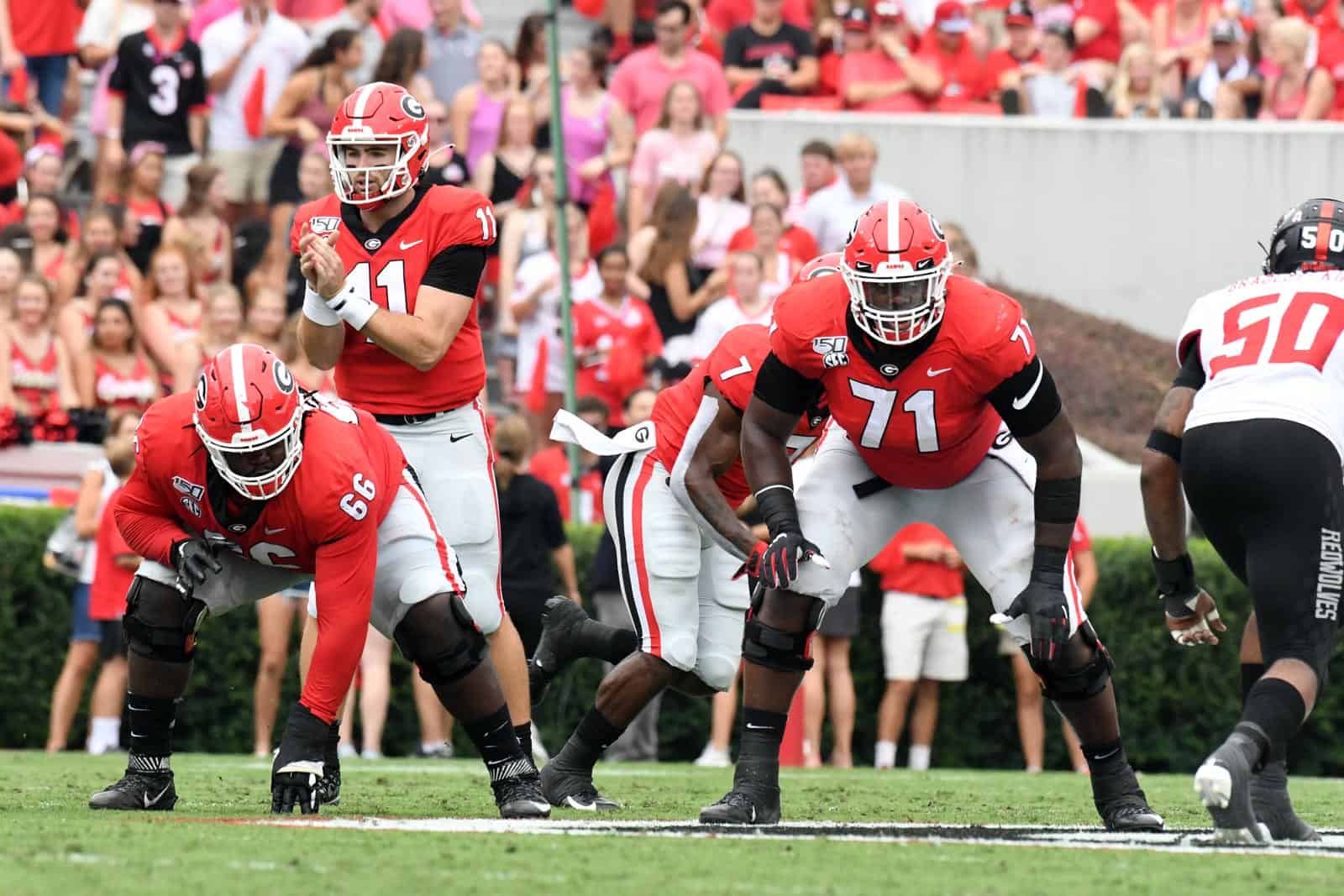 The Joe Moore Award voting committee will announce the award’s finalists on Dec. 10 and the selection of the award will be made public after a surprise visit to the winning university’s campus in late December. Georgia is one of four teams from the Southeastern Conference on the list.

The Bulldogs offensive line is led by 2018 Broyles Award semifinalist Sam Pittman. Pittman’s unit has allowed just six sacks through the first 10 games, which leads the SEC and is ranked second nationally. Georgia is ranked fourth in the SEC in Rushing Offense, averaging 208.6 yards per game. The Bulldogs have started six different alignments on the line, including four sophomores, and has led an offense that has averaged 32.4 points per game.