Rodrigo Blankenship named a finalist for the 2019 Campbell Trophy

Rodrigo Blankenship named a finalist for the 2019 Campbell Trophy 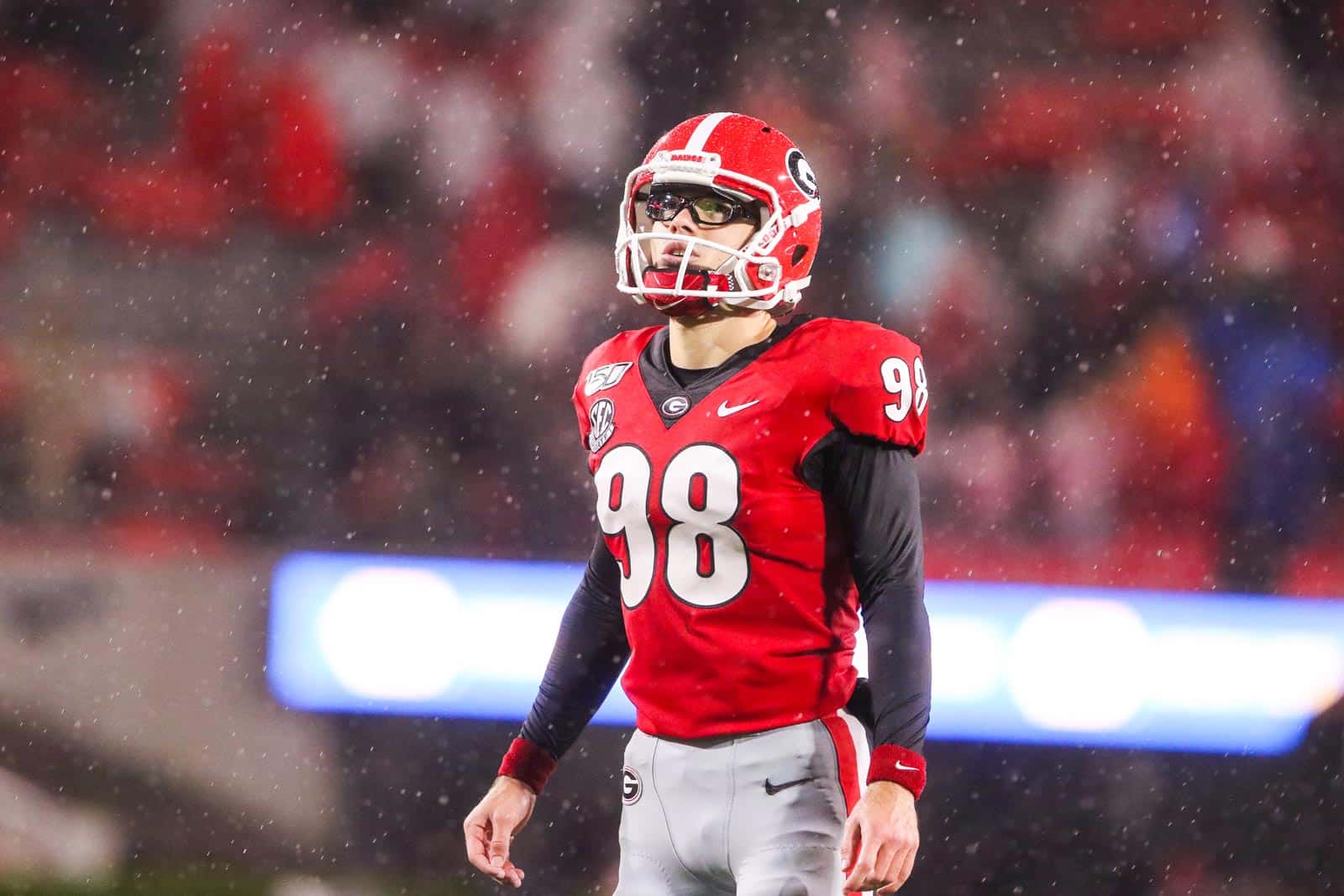 Georgia senior placekicker Rodrigo Blankenship has been named a finalist for the 2019 William V. Campbell Trophy, according to an announcement from the National Football Foundation (NFF) and the College Football Hall of Fame.

The William V. Campbell Trophy is an annual award that “recognizes an individual as the absolute best football scholar-athlete in the nation for his combined academic success, football performance and exemplary leadership.”

Blankenship, a native of Marietta, Ga., is one of 12 finalists from the Football Bowl Subdivision (FBS), and is the only finalist from the Southeastern Conference.

The 12 finalists will each receive an $18,000 postgraduate scholarship as a member of the 2019 NFF National Scholar-Athlete Class, presented by Fidelity Investments, and they will travel to New York City for the 62nd NFF Annual Awards Dinner on Tuesday, Dec. 10, where their accomplishments will be highlighted in front of one of the most powerful audiences in all of sports. At the event, one member of the class will be declared the winner of the 30th William V. Campbell Trophy® Presented by Mazda and have his postgraduate scholarship increased to $25,000. The event will take place at the New York Hilton Midtown and will be streamed live, with specific broadcast information to be announced at a later date.

Nominated by their schools, which are limited to one nominee each, candidates for the awards must be a senior or graduate student in their final year of playing eligibility, have a GPA of at least 3.2 on a 4.0 scale, have outstanding football ability as a first team player or significant contributor and have demonstrated strong leadership and citizenship.

“We are extremely proud to announce the finalists for this year’s Campbell Trophy® Presented by Mazda,” said NFF President & CEO Steve Hatchell. “These young men have an unrelenting commitment to excellence in all aspects of their lives, and they represent all that is right in college football. They serve as living examples that Football Matters®, and we are excited to honor their hard work and accomplishments with postgraduate scholarships.”

In seven games as a senior, Rodrigo Blankenship has connected on all 12 of his 14 field-goal attempts, including two from 50 yards or longer. Blankenship is also 30-for-30 on extra points this season and has never missed one in his career at Georgia (184-for-184).

The Georgia Bulldogs are 6-1 overall and 3-1 in SEC play so far this season. No. 8 Georgia is set to take on No. 6 Florida this Saturday at TIAA Bank Field in Jacksonville, Fla. The game will be televised by CBS at 3:30pm ET.