Georgia-Florida Game to remain in Jacksonville through 2023

Georgia-Florida Game to remain in Jacksonville through 2023 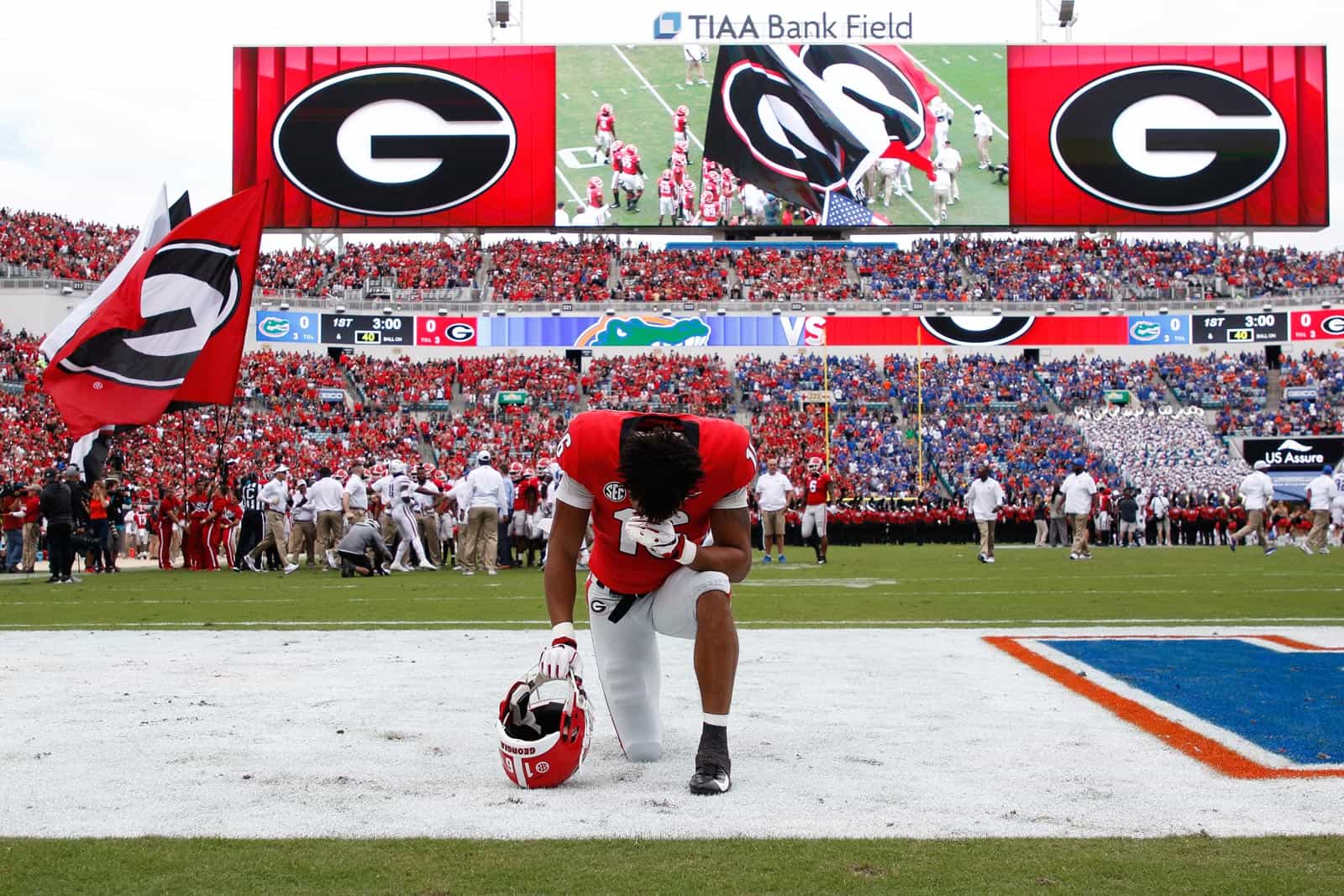 The annual Georgia-Florida football game will remain in Jacksonville, Fla., through the 2023 season, UGA announced on Friday.

The agreement also includes an option to keep the game for an additional two years through 2025.

Below is more information on the deal from UGA:

“We are excited and grateful for our continued partnership with both Universities,” said Jacksonville Mayor Lenny Curry.“ Our new agreement further strengthens the Florida-Georgia tradition we have enjoyed here in Jacksonville for more than 80 years. This game is an incredible asset for our city and the best is yet to come.”

The long-running rivalry is one of the highlights of the year in Jacksonville featuring a sellout crowd of more than 83,000 and filling every seat at TIAA Bank Field. The economic impact to Jacksonville for the game in 2018 topped $30 million.

“We look forward to the continuation of one of the greatest college football traditions in the country – a border states battle between Georgia and Florida,” said UGA J. Reid Parker Director of Athletics, Greg McGarity.“ The extension ensures the historical preservation of the game in Jacksonville which has been part of the national college football landscape since 1933. The City of Jacksonville has once again demonstrated its commitment to this game through significant financial considerations to each school.”

The game is the centerpiece of a weekend of events around Jacksonville. The afternoon before the game, legendary stars that shined in the series are honored in the annual Florida-Georgia Luncheon and Hall of Fame Ceremony. That same afternoon, the inaugural Bold City Bash kicks off just outside of TIAA Bank Field. A block party, exhibition baseball game between the two universities, and live concert featuring headliner, Brett Young, and opening act, Chase Rice, will draw in thousands of fans the night before the game.

field that has created generational memories for both fan bases. We are appreciative of the partnership we have with the City of Jacksonville and Mayor Lenny Curry to extend our agreement.”

Mayor Curry also expressed his appreciation to leaders at both schools.

“I want to thank both University Presidents, Dr. Kent Fuchs and Jere W. Morehead, Athletic Directors Greg McGarity and Scott Stricklin as well as the coaches and athletic organizations for agreeing that Jacksonville should continue to be the host city for such an important sports entertainment tradition. The partnership that we have with the University of Florida, the University of Georgia, and the City of Jacksonville proves that our community is the right home for this very special rivalry.”

The new contract will be completed in the coming weeks and will need approval by the Jacksonville City Council. It resets the current agreement, locking the game in Jacksonville until 2023 with an option to keep the game for two additional years, beyond that.