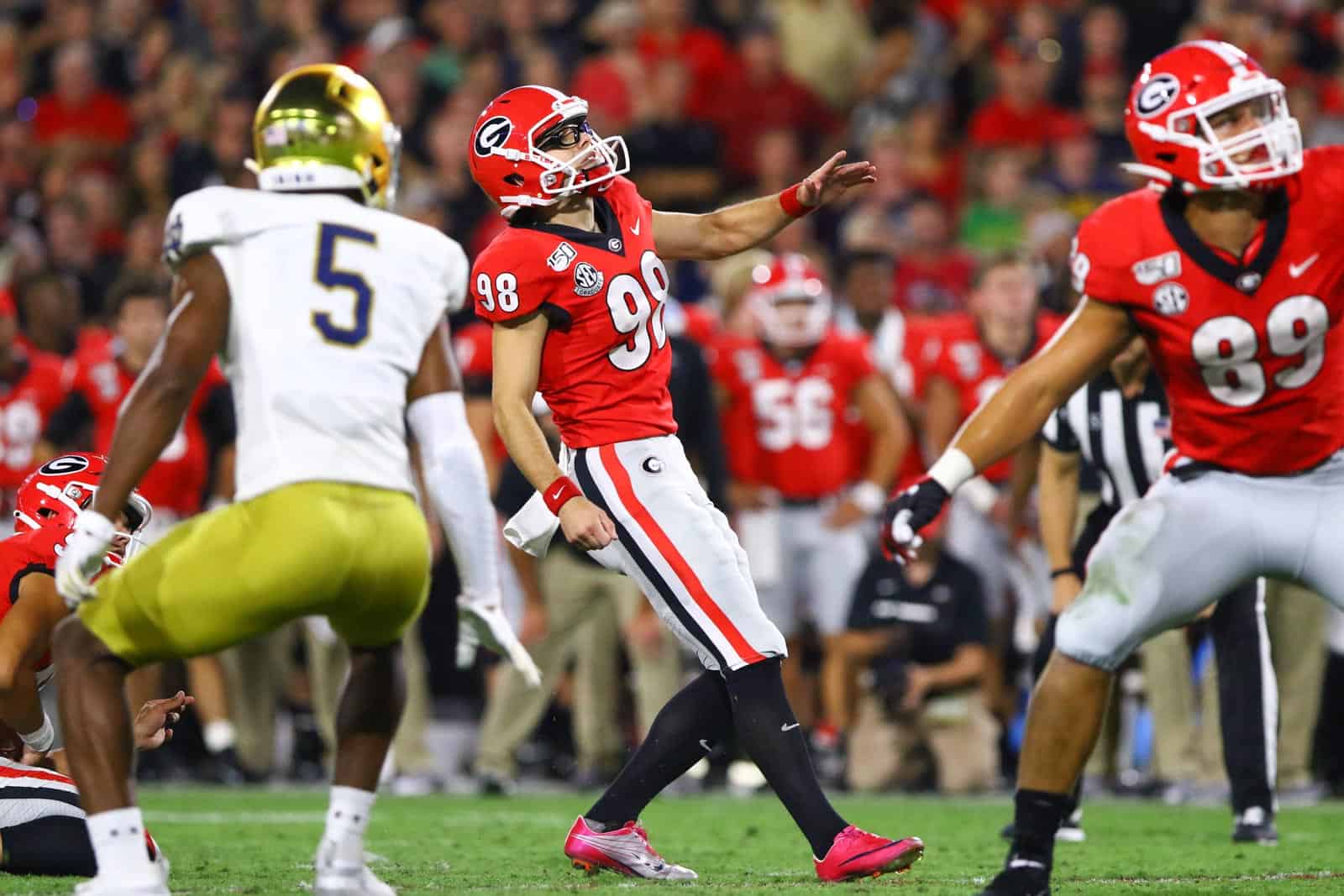 UGA football senior placekicker Rodrigo Blankenship has been named the SEC Special Teams Player of the Week for week 4, the conference announced on Monday.

In Georgia’s 23-17 win over seventh-ranked Notre Dame, Rodrigo Blankenship made all three of his field goal attempts (two were over 40 yards) and made both point after attempts.

Georgia’s next game is on Saturday, October 5 at the Tennessee Volunteers at Neyland Stadium in Knoxville, Tenn. The game is set for 7:00pm ET on ESPN.