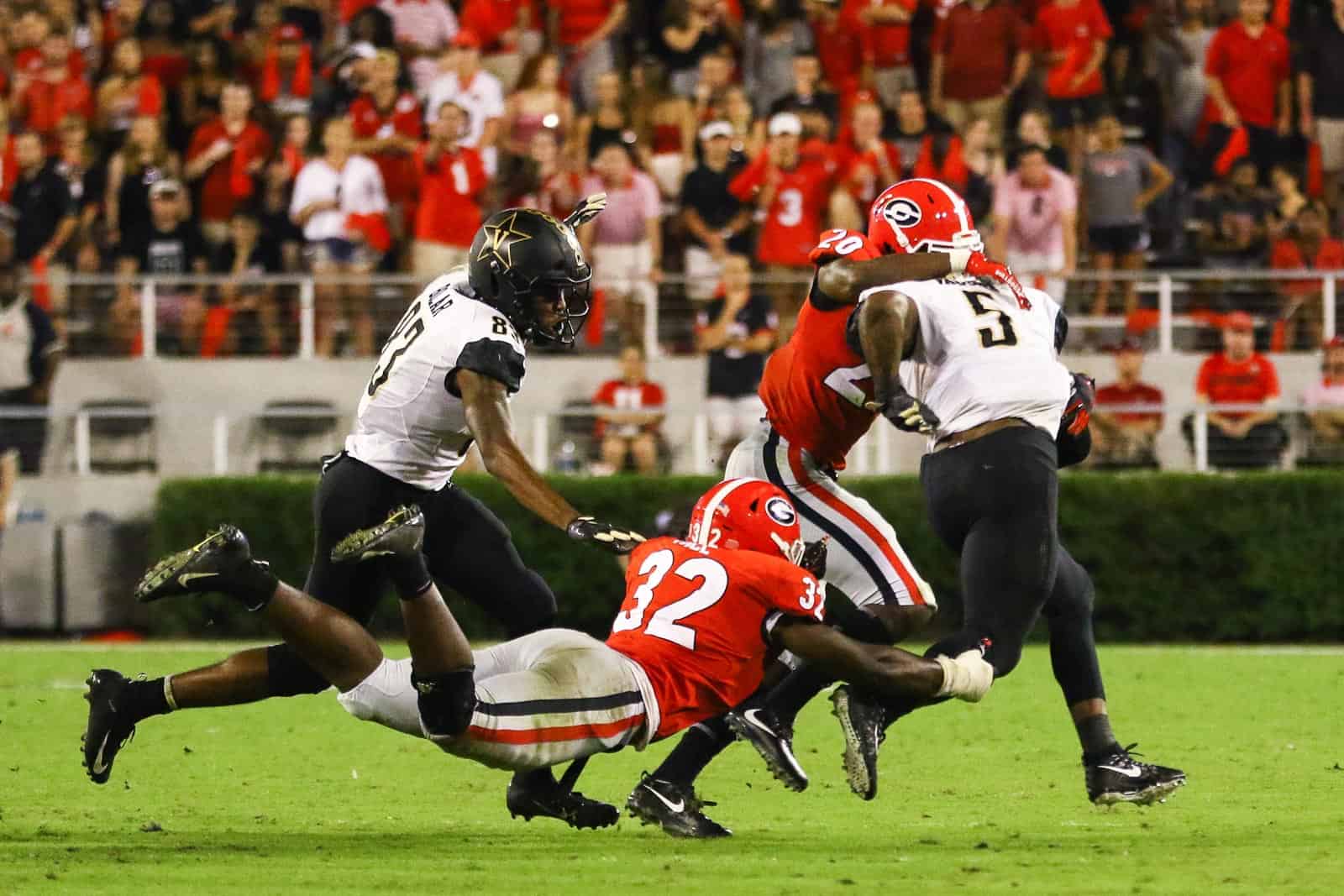 The Georgia Bulldogs are scheduled to play at the Vanderbilt Commodores this Saturday in Nashville, Tenn. As a result of schedule changes due to the threat of Hurricane Dorian, a change has been made to the broadcast network.

Georgia-Vanderbilt will now be televised by ESPN and the kickoff time will remain at 7:30pm ET. The announcing crew of Tom Hart, Jordan Rodgers, and Cole Cubelic also remains unchanged.

Florida State and Boise State were previously scheduled to play at TIAA Bank Field in Jacksonville, Fla. with the game set for 7:00pm ET on ESPN. Due to Dorian, the game has been moved to Doak Campbell Stadium on the campus of Florida State University in Tallahassee.

That move opened up the primetime spot on ESPN, which is now filled by Georgia-Vanderbilt. With Georgia-Vanderbilt off of the SEC Network, Georgia Southern-LSU was moved there from ESPNU (also a 7:30pm ET kickoff).

Georgia’s second through fourth games of the 2019 season have already been set for broadcast. The Bulldogs open their home slate at Sanford Stadium on Saturday, Sept. 7 against the Murray State Racers and it will be televised by ESPN2 at 4:00pm ET.

The Arkansas State Red Wolves visit Athens on Sept. 14, and the contest will be televised by ESPN or ESPN2 at 12:00pm ET. Then it’s the biggest home game of the season — the Notre Dame Fighting Irish visit for an 8:00pm ET game on CBS.

The Georgia-Florida game on Saturday, Nov. 2 is also set at its usual kickoff time and network — 3:30pm ET on CBS.