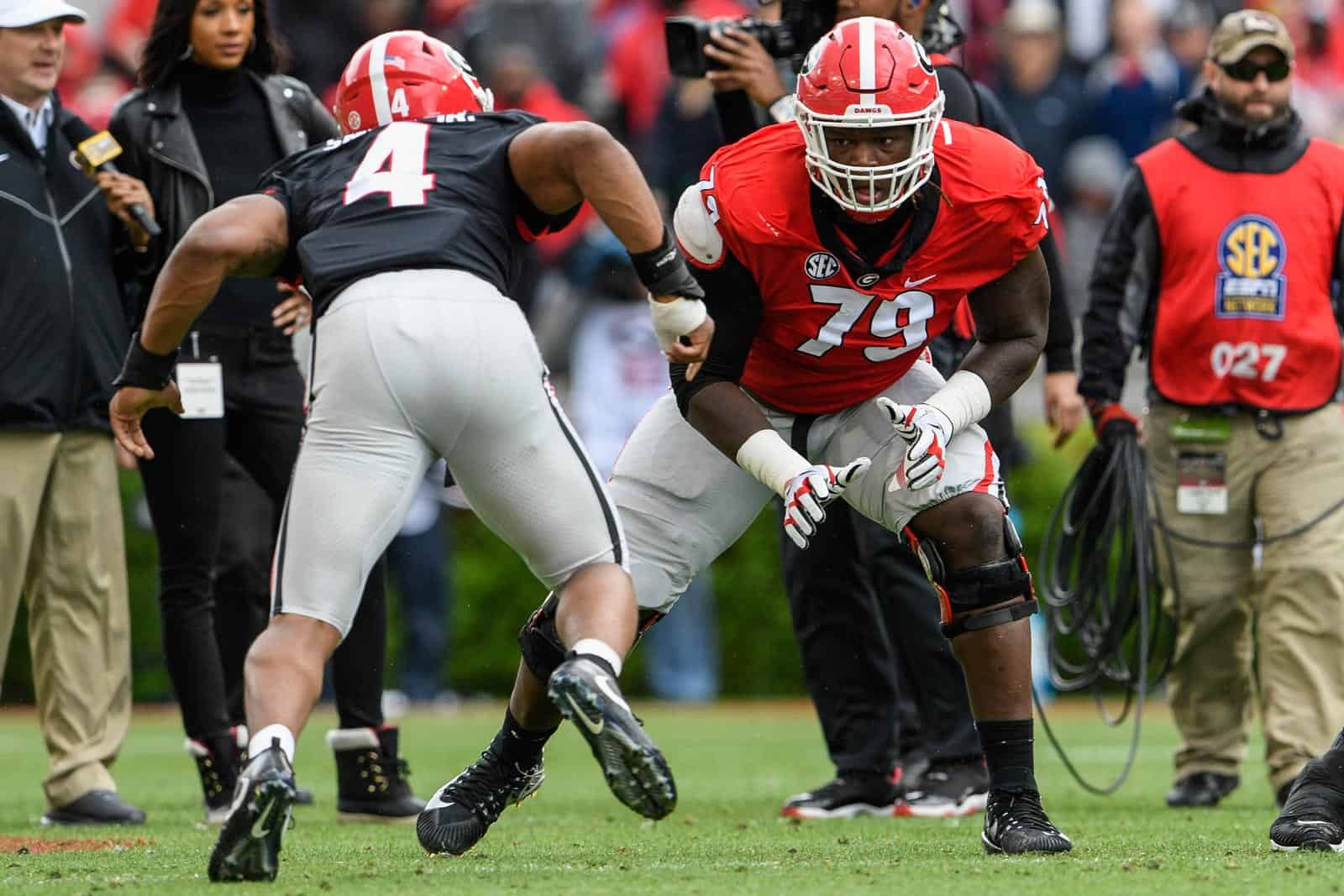 Three Georgia Bulldogs have been named to the 2019 Outland Trophy Watch List, the Football Writers Association of America (FWAA) announced on Tuesday.

The Outland Trophy is awarded to the nation’s best interior lineman as voted by the FWAA. Georgia leads the watch list this season with three players while 15 other schools have two representatives.

The Big Ten and SEC lead the way with 13 representatives each named to the Outland Trophy Watch List. The Big 12 and Pac-12 follow with 12 apiece, while the the ACC has 10. They are followed by the American Athletic (6), Independents and Mountain West (4 each), and Conference USA, Mid-American and Sun Belt (3 each).

Solomon Kindley hails from Jacksonville, Florida. Andrew Thomas is a native of Lithonia, Georgia, while Isaiah Thomas is from Brooklyn, New York.

Georgia is scheduled to open the 2019 season on Saturday, Aug. 31 at the Vanderbilt Commodores The game is slated for 7:30pm ET on the SEC Network.