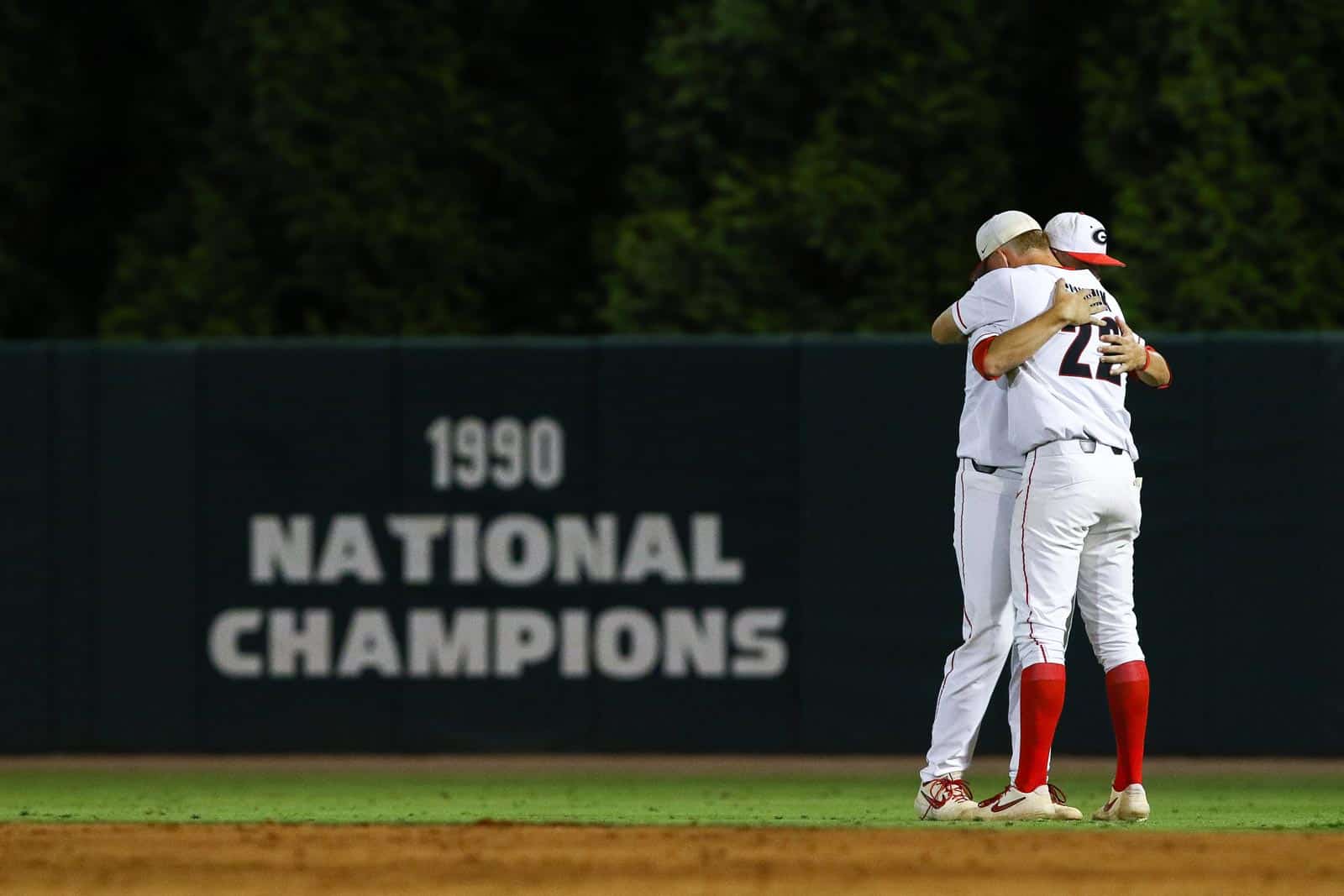 ATHENS, Ga. – The Georgia Bulldogs fell to the Florida State Seminoles 10-1 in the NCAA Athens Regional at Foley Field on Sunday evening.

Florida State (39-21) advances to an NCAA Super Regional against the winner of the NCAA Baton Rouge Regional between LSU and Southern Miss. FSU pitcher Conor Grady (9-5) earned the win, going five innings scoreless before giving up a run in the sixth.

The Bulldogs end the season 46-17, finishing with the fourth-highest win total in program history. Georgia earned a national seed for the second-straight season, as well as 21 Southeastern Conference wins.

Tucker Maxwell led Georgia with a 2-for-4 outing that featured a towering leadoff home run to right field in the sixth. The Bulldogs notched seven hits, but left six runners on base and could only surmount one run.

The Seminoles opened up play with a two-run home run by Reese Albert in the first. FSU put together two runs in the third and a run in the fourth on the way to a 5-0 lead.

Reliever Zac Kristofak entered the game in the fourth and tossed five strikeouts, but a four-run FSU inning in the sixth all but put a comeback out of reach for Georgia. Justin Glover took over in the seventh and retired six batters, but Florida State closed out a 10-1 final.

“First of all, I want to say that I’ve enjoyed coaching this team. It is a high character group. These kids have walked so hard, and have overcome a lot. They had a ton of injuries this year, and the guys just kept stepping up one after another. It has been so enjoyable to be around them everyday. I know our fans have loved watching them play. This is a fun team to watch, because we can do a lot of different things, and win in a lot of different ways. I just hate that it ended that way. We just didn’t play our best today and Florida State certainly did. They played really well. Conor Grady [FSU starter] pitched really well. They made all the plays and had tough at-bats. It just wasn’t our day, and it started out like it was going to be our day. I don’t know if we could of played much better during the noon game. I thought we played extremely well against Florida Atlantic. Tim Elliott got us to tonight, got us to the championship, but we just came up short and it hurts. It hurts really bad. I hurt for our players, our fans, our alumni, and all the people that support us. It is painful, but this is a resilient group. We will bounce back and we will have a lot of guys back. We will continue to be a great program, and that is what our goal was when I started here six years ago, which was to raise our expectation level, and we have done that. The expectation level in our program is very high and it hurts that we didn’t get to the next level with this group, but we will bounce back.”

On offense in the final game…

“I thought we swung in very well in the first game. It hurts. He [Conor Grady] was throwing it well. He had us off balance the whole game. He was throwing every pitch he had for a strike. At the end of the day, he pitches better than we hit. It hurts, but that is how baseball is sometimes.”

On the finish of this year like last year…

“It is the same feeling, being back here. If there is one takeaway, it is that you never know when it can happen. We were feeling really good coming into here, and even last year we were feeling really good having Duke, Troy and Campbell, but you never know. It is baseball. If you don’t play your best in this tournament, you aren’t going to win, and we just found that out the hard way again.”

“To say I am happy is an understatement. I am happy for these three young men that are up here and I am happy for 24 other guys that poured their heart and soul into getting it done. I can’t say enough about the atmosphere in our dugout. The guys that were not playing… you could not find one single guy that you could say that he hasn’t played the entire tournament. That is the kind of men we have. We will battle you, we will compete and the guys up here know that the guys on the bench are pulling hard for them. They aren’t saying pop up or strike out or do something to make me mad so they get taken out. They are Seminoles. They play their hearts out even though they never put on a glove. That is what we get out of coaching, is seeing a team come together.”

“We were locked in before the game even started. But I knew something big, early, would keep us locked in for the rest of the game. We had a lot of fans here supporting us all weekend, which I can’t explain how much it meant to us for them to be here. I just wanted to acknowledge them and hit the dugout to hype them up. That is a big deal to power us through the rest of the game.”

On getting the starting job today…

“I was really looking forward to it when I found out today. I knew I was going to have to go out there and make some pitches because I knew I had our defense behind me. It was great that we started off with a lead because I pitched the entire game with a lead. I was just trying to throw strikes.”

On how good this feels, especially after what happened last year…

“I can’t even explain the feeling. This is the first time I am experience winning a regional and moving onto the super regionals. It is a lot better feeling this time around, I will tell you that much.”