Sahvir Wheeler commits to UGA for 2019

Sahvir Wheeler commits to UGA for 2019 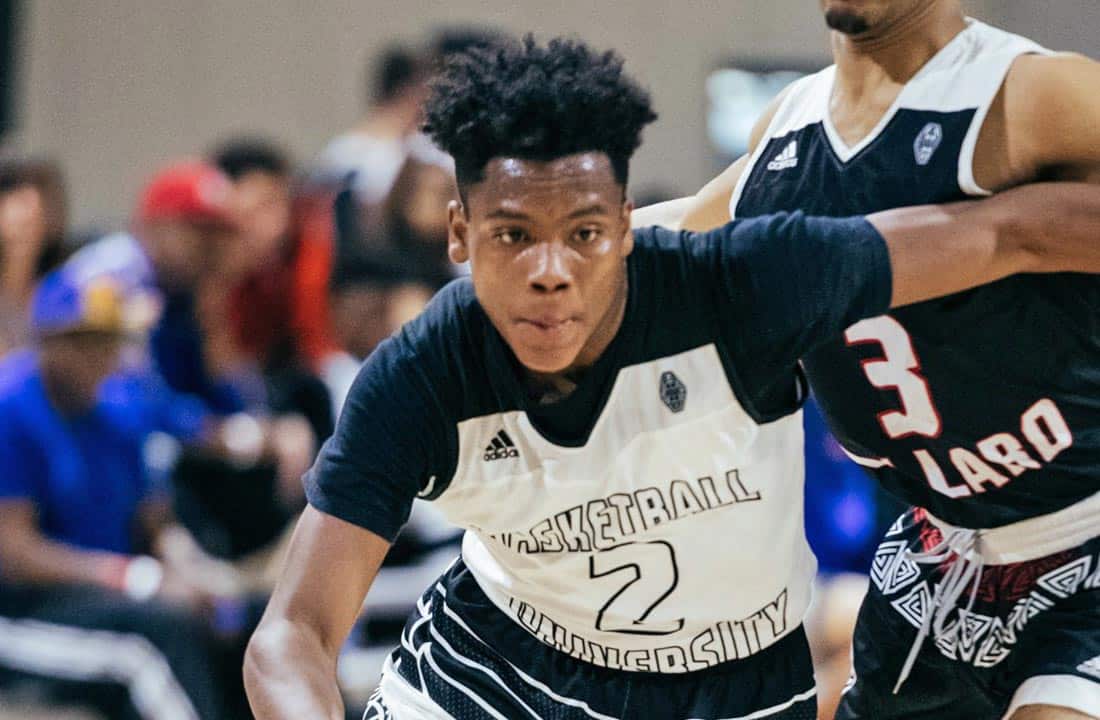 Wheeler (5-8, 175) plays for Houston Christian High School. He was previously committed to the Texas A&M Aggies and committed to Georgia over Iowa State.

In the 247Sports Composite, Sahvir Wheeler is listed as a four-star recruit, the No. six point guard, and the No. 94 overall recruit for the 2019 class.

Rivals.com also rates Sahvir Wheeler as a four star-recruit, the No. 14 point guard recruit for 2019.

“The coaches are fantastic. They are big-time. They want me to go there and be a part of something special they have going on at Georgia. He said they need somebody like me to bring my leadership skills and they preached coming in and getting better every day,” Wheeler told Dan McDonald of Rivals.com. “They want me to come in confident knowing I’m a good player. Coach Crean’s message was basically to come in and get better and try to help the team right away.”

The commitment of Sahvir Wheeler gives Georgia the No. 7 overall class ranking in the country via 247Sports. Georgia’s 2019 class trails only Arizona, Duke, Kentucky, Villanova, USC, and North Carolina.

The 2019 Spring signing period began on Wednesday, April 17 and extends through Wednesday, May 15.