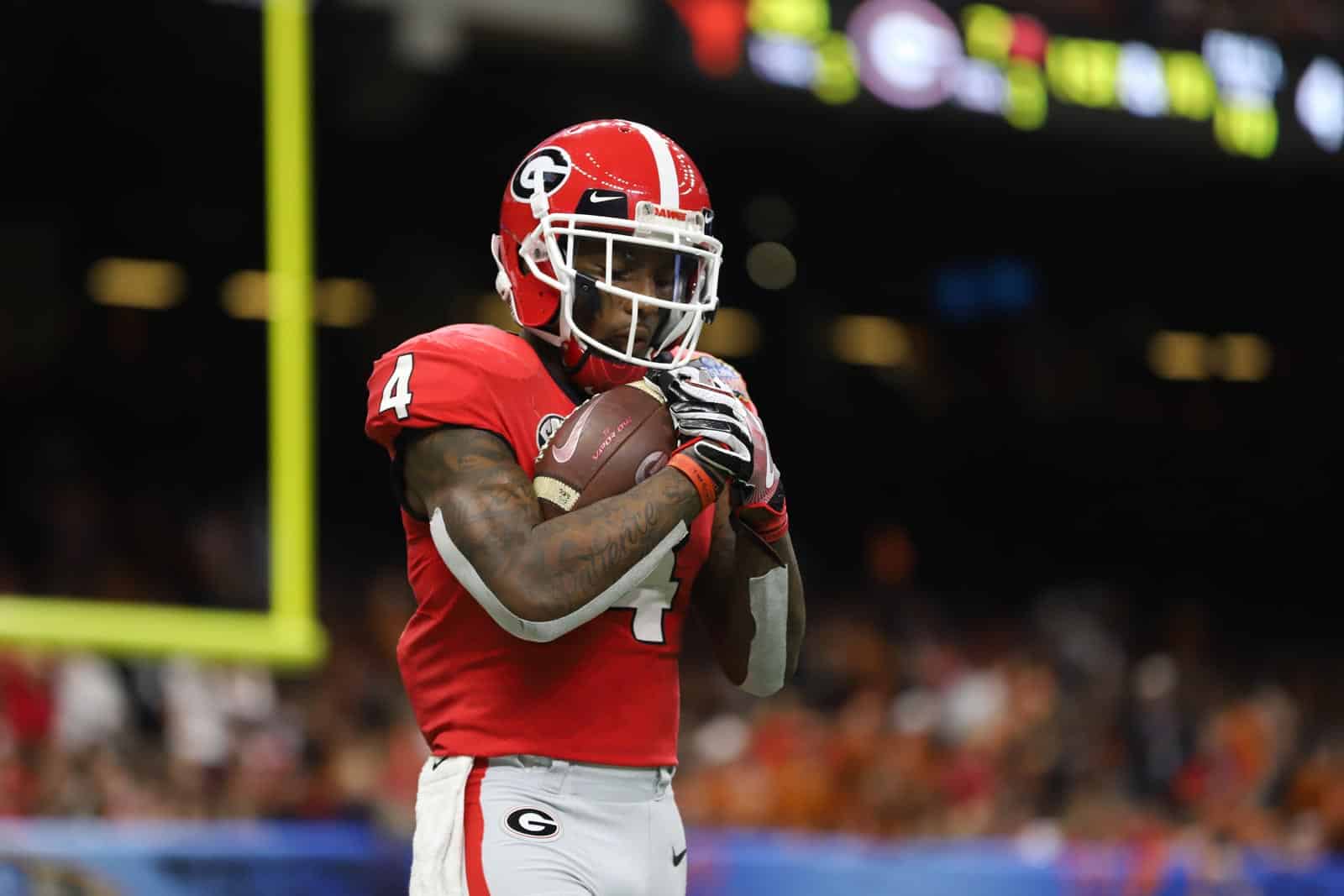 NASHVILLE, Tenn. – Junior wide receiver and return specialist Mecole Hardman heard his name called by the Kansas City Chiefs with the 24th pick in the second round of the 2019 NFL draft Friday night.

Hardman, of Bowman, Ga., marks the second Georgia student-athlete to get selected in this year’s draft, and the sixth Bulldog all-time taken in Chiefs’ history – all this decade. Hardman, at 56th overall, is the highest draft pick out of Kansas City’s previous Georgia selections. The last time a Bulldog went to Kansas City in the draft was in 2015 and happened twice with linebacker Ramik Wilson in the fourth round, and wide receiver Chris Conley in the third round.

With his track-like speed, Georgia utilized Hardman offensively and as a returner on special teams, leading to back-to-back years of over 1,200 all-purpose yards. He concluded his career with 950 receiving yards, 858 kick return yards, 592 punt return yards, and 97 rushing yards, while totaling 12 touchdowns.

His breakout sophomore campaign featured six touchdowns, but most notably two in the CFP Championship game against Alabama. First, he punched it in on a one-yard rush in the second quarter, and then caught an 80-yard pass down the seam in the third quarter.

Hardman came to Athens by way of Elbert County High School, located about 35 miles northeast of Sanford Stadium. He spent the duration of his freshman season at Georgia on special teams and at defensive back, appearing in 11 games. It wasn’t until spring camp of 2017 that Hardman flipped to the offensive side of the ball.

For the second straight year at least two Bulldogs were drafted in the first two rounds of the NFL draft. The New York Giants selected senior DB Deandre Baker with the 30th-overall pick on Thursday.

Day three of the NFL Draft will begin at 12 p.m. and will include rounds four through seven.