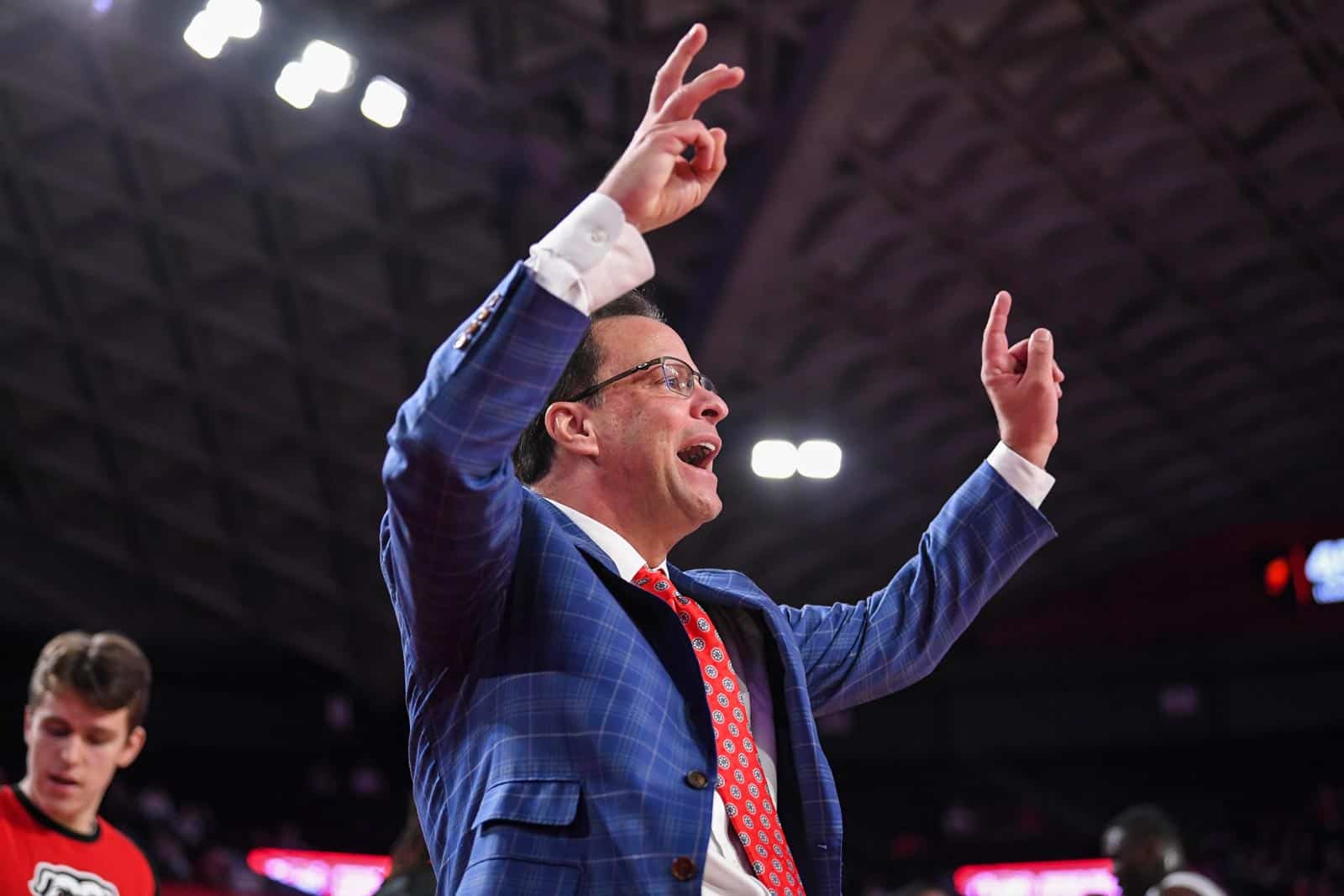 ATHENS, Ga. — Georgia Basketball cemented a top-10 national recruiting class and the Bulldogs’ best crop of signees in more than a quarter century on Wednesday. Anthony Edwards, a McDonald’s All-American concensously rated as one the nation’s top-2 prospects, and Christian Brown, a four-star small forward who helped Oak Hill Academy to a runner-up finish in the GEICO Nationals, both inked papers with UGA on the first day of the NCAA’s spring signing period.

Edwards and Brown give the Bulldogs four top-100 prospects in the Class of 2019. They joined Jaykwon Walton and Toumani Camara, who signed with the Bulldogs during the November early signing period.

Georgia’s recruiting class is currently ranked No. 7 by 247.com.

Edwards, a 6-4, 210-pound guard, starred at Holy Spirit Prep School in Atlanta. He is listed as the No. 1 recruit in the nation by 247.com and also has been tabbed No. 2 by USA Today, rivals.com and 247.com composite as well as No. 5 by ESPN.com. In last month’s McDonald’s All-America game in Atlanta, Edwards scored 12 points on 5-of-8 shooting from the floor, dished out three assists and blocked a shot for the East team in its 115-110 victory.

A two-time first-team All-State honoree, Edwards averaged 29 points, nine rebounds and two assists for Holy Spirit Prep during the 2918-19 season. He led Holy Spirit to the Georgia Independent School Association (GISA) Class 3A state championship in 2018 and a runner-up finish in 2019. Holy Spirit finished with a 24-5 record in 2018 and was 17-14 in 2019 while playing a challenging slate that featured many of Georgia’s top public school teams.

As a junior, Brown averaged 22 points, seven rebounds and three assists per game at Lower Richland High School before transferring to Oak Hill. He played at AC Flora High School as a freshman and sophomore and helped the Falcons capture a state title as a freshman in 2016. Brown averaged 16.3 points and 7.1 rebounds as a sophomore while earning all-state honors. Ironically, Brown faced Oak Hill in 2017 while at AC Flora and had 22 points and 10 rebounds against the Warriors.

Walton, a 6-6, 195-pound wing from Montgomery, Ala., wrapped up his senior season by leading Carver High School to a runner-up finish in the Alabama Class 6A state tournament. In 2018, he helped the Wolverines capture a state championship. Walton, a two-time All-Alabama pick by USA Today, is a consensus four-star prospect ranked as the nation’s No. 67 prospect by ESPN.com, No. 69 in the 247.com composite rankings and No. 81 by rivals.com.

A native of Columbus, Ga., Walton averaged 10.6 ppg as a freshman at Northside High School before moving to Montgomery and playing for Carver his final three seasons. He scored 1,419 points in his three seasons with the Wolverines. During his senior year, Walton led Carver to a 23-11 record while averaging 18.7 points, with six 25-point outings and a season-high of 38. As a junior, Walton averaged 19.1 points, 7.8 rebounds and 4.2 assists per game while helping the Wolverines to a 30-5 record and the Alabama 6A state title.

Camara, a 6-6, 200-pound wing originally from Brussels, Belgium, has played at Chaminade-Madonna Prep in Hollywood, Fla., the past two seasons. He led the Lions to the Sweet 16 round of the Florida Class 5A state tourney as a senior. Camara is rated as a consensus four-star prospect. Individually, he is listed as the No. 96 prospect in the nation by both ESPN.com and the 247.com composite.

As a junior, Camara averaged 21.0 ppg and 12.0 rpg with the Lions, including 32 points against University School. Before moving to the U.S., he was a member of the Belgian National Team for the 2016 FIBA U16 European Championships.

The incoming freshmen will be Georgia’s highest-rated class since the Bulldogs welcomed a quintet ranked No. 2 in 1992. That year, Hugh Durham inked four of the nation’s top-100 prospects in the fall period with Shandon Anderson, Terrell Bell, Pertha Robinson and McDonald’s All-American Carlos Strong. Georgia then added Cleveland Jackson, the national Junior College Player of the Year, in the spring.

Additional top classes in Georgia Basketball history include those in 1979 and 1980 which featured four McDonald’s All-Americans between them. The Bulldogs signed Dominique Wilkins and Terry Fair in 1979 and followed that with Vern Fleming and James Banks a year later.