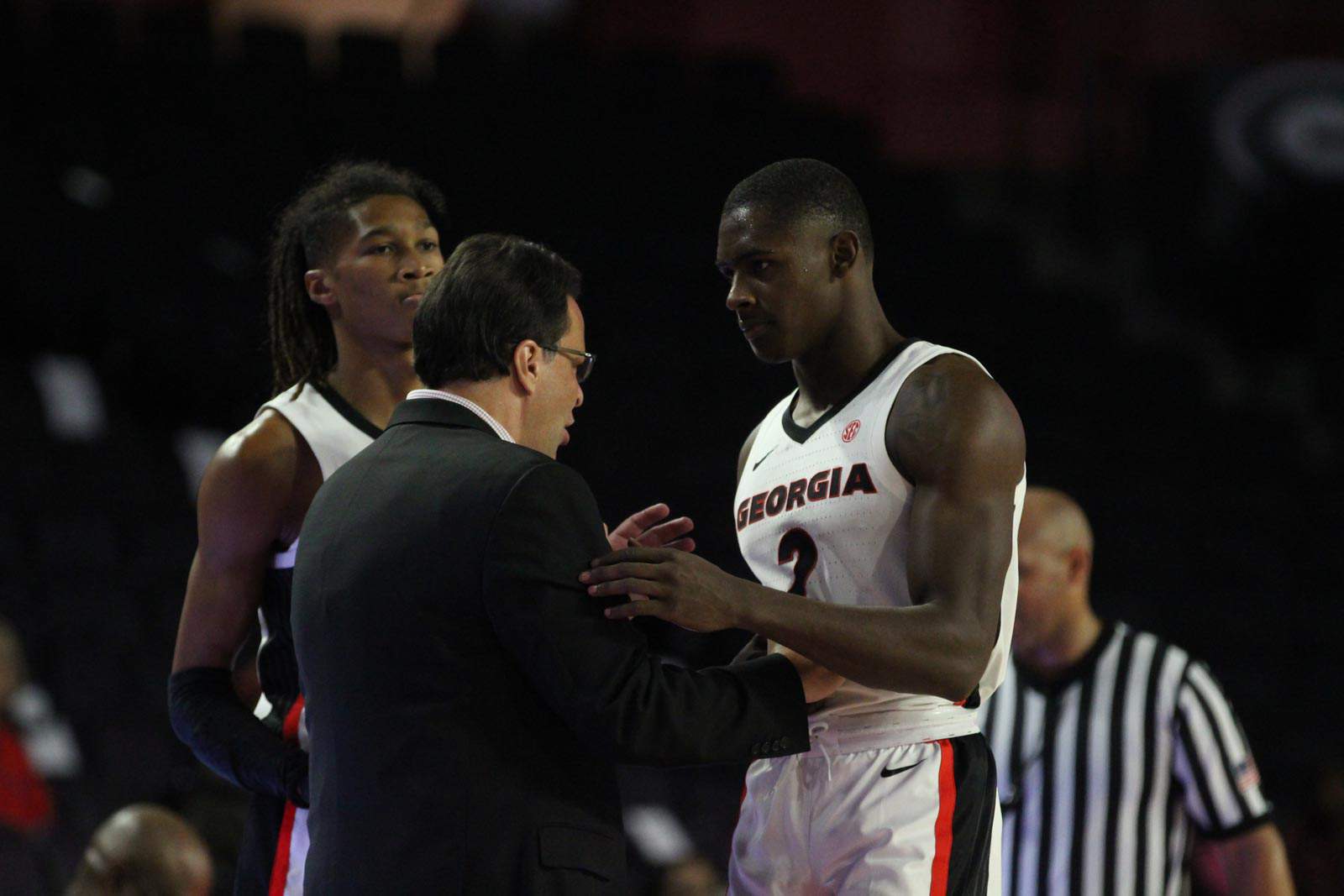 Individually, a double-double performance from Nicolas Claxton led the Bulldogs. The sophomore forward tallied 18 points and 10 rebounds for his seventh career double-double – all this season. Junior guard Jordan Harris chipped in 10 points and corralled eight rebounds. Harris has scored in double digits in three of the past four games. Also helping in the scoring department was sophomore guard Teshaun Hightower with nine points.

“We missed some shot, we were short on shots, but I thought their [Texas A&M’s] defense was good – there is no double about that,” Georgia head coach Tom Crean said. “But I also think we missed some open shots. Texas A&M played very well tonight.”

At the half, Texas A&M owned a 34-21 lead thanks in part to closing the half on a 19-7 run. Claxton and Hightower teamed up to give Georgia an 8-4 lead to start the game. A Claxton dunk and a Harris bookmarked an Aggie three for the Bulldog lead, 14-11, by the midpoint of the first half. TAMU overtook the lead with four-straight points, until an E’Torrion Wilridge recaptured the edge with a layup at 16-15 with 8:43 left in the first frame. The game’s fourth lead change followed and this time the Aggies rallied off a dozen unanswered points to gain a double-digit lead. Georgia dipped the deficit to nine twice prior to half but went into the break down 11 points.

The first points of the second half came at the free throw line after Harris was fouled on a 3-point attempt and converted all three to bring Georgia’s deficit to an even 10 at 34-24. The Aggies responded with a six consecutive points, until Claxton converted an and-one hook shot and free throw. Just above the 10-minute mark of the second half, Harris went high off the backboard on a contested layup to make it a 14-point margin at 53-39.

Later, Claxton scored five points in a row including another old-fashioned three-point play to cut the score to 59-46 with 6:38 to play. Georgia had the deficit at 13 points in two more occasions with the last one off a Tyree Crump three, but the Bulldogs weren’t able to narrow the deficit any further.

“I haven’t been able to study that yet, but I think at times it was good [energy off the bench],” Crean added. “We struggled guarding the basketball. We struggled at the post too, but we struggled guarding the basketball. I thought early on, we missed some close shots, some open threes, and I still don’t know if we are over the hurdle of the mentality if you miss those how good you have to be on the defensive end. We have got to get better at being able to guard the dribble. They [Texas A&M] are very aggressive and have numerous guys that can go get a shot. We don’t have that right now, so we have to trust our offense, trust our spacing and movement, and have to have strength in numbers, which is when the bench comes in.”

Next, Georgia returns home to battle LSU in front of a sellout Stegeman Coliseum crowd on Saturday, Feb. 16. The tip is scheduled for 6 p.m. ET and will be aired on SEC Network.