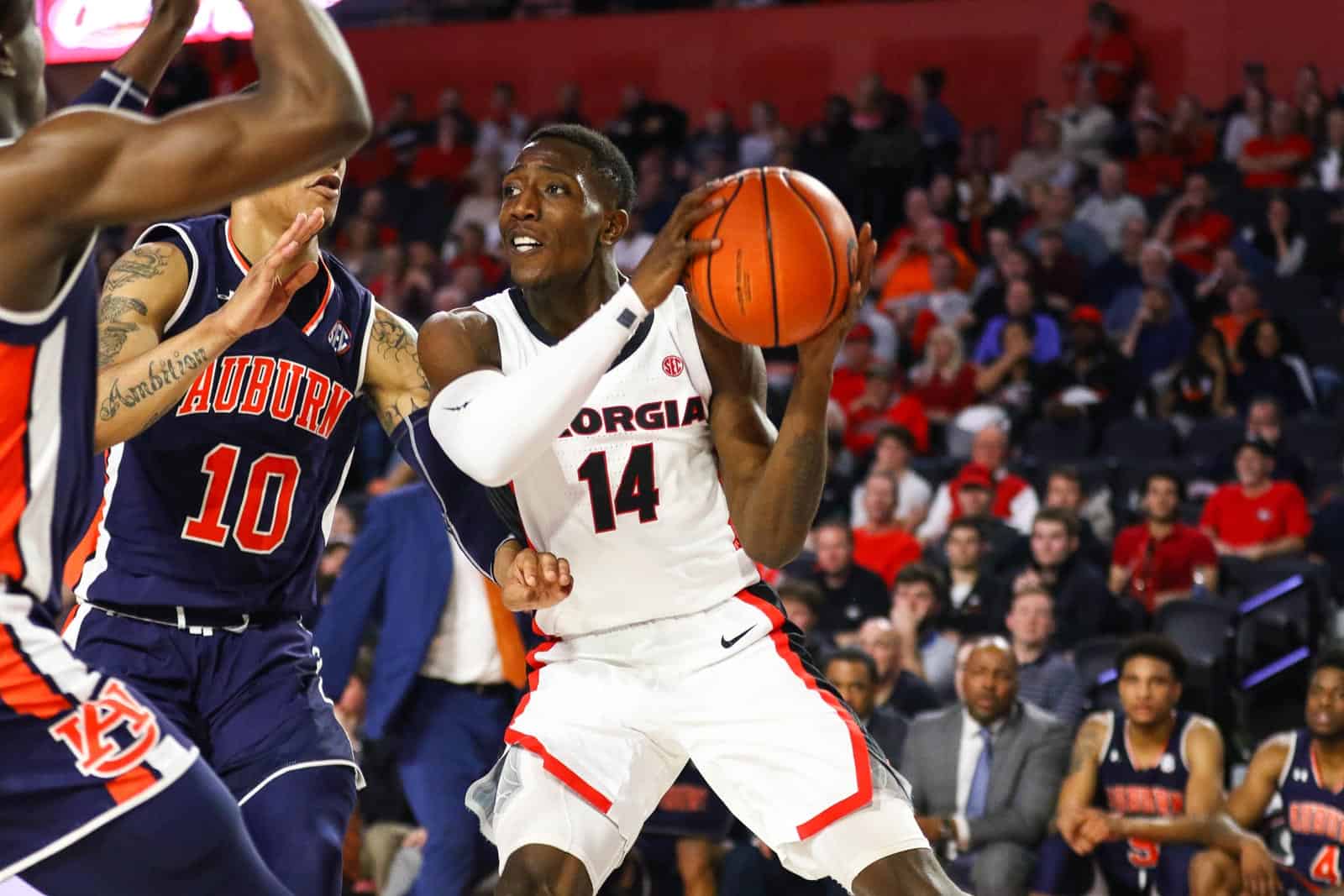 “We made a great comeback and the fans were incredible,” said Georgia head coach Tom Crean. “They were really good, no doubt about that. This team keeps learning how to comeback, and what they have to do now is get up. We can’t have the lulls that we have in the first half or the lack of communication in transition. At the end of the day, the stat that gets us is the second chance points because we cleaned up the turnovers in the second half. It’s tough we couldn’t get it done at the end.”

For nearly half of the opening period, the deficit between the two teams never exceeded five points. Harris and Jackson helped to maintain a narrow margin, scoring a combined 17 of Georgia’s first 20 points. However, Georgia was only able to snag the lead twice in the first period, and the Tigers pulled away for the 50-40 lead going into halftime.

A 13-point Georgia run highlighted the first portion of the second period. A scoring streak by Ogbeide included three-straight baskets to extend the Bulldogs’ run and give Georgia its first lead of the game since the opening minutes of play. After Georgia grabbed its 58-57 advantage over Auburn, the lead shifted eight more times.

Though Claxton tied the game twice— first at 67-all and then at 75-all— the Tigers countered with a three-point basket with less than 30 seconds on the clock for the 78-75 victory.

Wednesday’s crowd of 7,837 fans helped Georgia break its all-time total attendance record. The Bulldogs have now drawn 141,520 fans for their 16 home games. That tops the previous mark of 139,570 established during the 2015-16 season. Georgia still has one more home date on tap. The Bulldogs will host Missouri next Wednesday at 6:30 p.m. ET.

Up next, Georgia will travel to Gainesville, Fla., on Saturday, Mar. 2, to face the Gators at 8:30 p.m ET. The game will be televised on SECN.

• Entering the game, the all-time series between Georgia and Auburn was tied at 94-all, but now the Tigers take the slight one-game edge. The Bulldogs still lead 61-27 in Athens played games.

• Auburn kept better care of the ball with seven turnovers compared to Georgia’s 14, but the Bulldogs turned the ball over just four times in the second half.

• Junior guard Tyree Crump finished with nine points – all from three. He has hit at least three 3-pointers in nine games this season after doing so eight times in his previous two seasons.

On the game…
“We made a great comeback. The fans were incredible. They were really good, no doubt about that. This team keeps learning how to comeback, and what they have to do know is get up. We can’t have the lulls that we have in the first half or the lack of communication in transition. At the end of the day, the stat that gets us is the second chance points because we cleaned up the turnovers in the second half. It’s tough we couldn’t get it done at the end.”

On the close losses…
“They’re fighting. We got to do a better job of fighting early. Then we will put ourselves in a much better position, not needing to comeback. We’re learning. There’s a lot of care and character on the team. They work extremely hard, and we’re having tremendous practices. It gets harder everyday. You can’t win without mental toughness, and that’s what we’re building, but we’ve got to do a better job in the midst of the game.”

On Jordan Harris…
“He’s confident and works hard every day. Jordan is continuing to get better, and that’s important. The biggest thing for him is to continue to get better at his ball-handling and passing. He’s playing with a lot more confidence, which is huge.”

On team’s feeling of progress in past few games…
“Absolutely. It is apparent, it can clearly be seen how we are progressing and moving in the right direction. From the last four games to be specific. Just stay in the process of it. It is definitely progress.”

On the team’s transition defensive play tonight…
“We had to really come to terms with certain things of how we play and put things together. To do it in real time, to do it for 40-plus minutes and unfortunately it doesn’t occur or sink in for us a great deal until later on in the game. It takes a little while for those key things to kick in for us. But when they do it is really powerful.”

On team’s feeling of progress in past few games…
“Definitely progress, sometimes you got to take the good with the bad. We played well, the last minute or so it is tough, it is tough. But, we will deal with it as a team. We will continue to get better and look forward to our next game.”

On common thread in past four games…
“I think we just have to continue to grow and learn from these experiences. Watch film on the last play, the last two plays of the game. It is something we can definitely learn from and carry onto other games. “