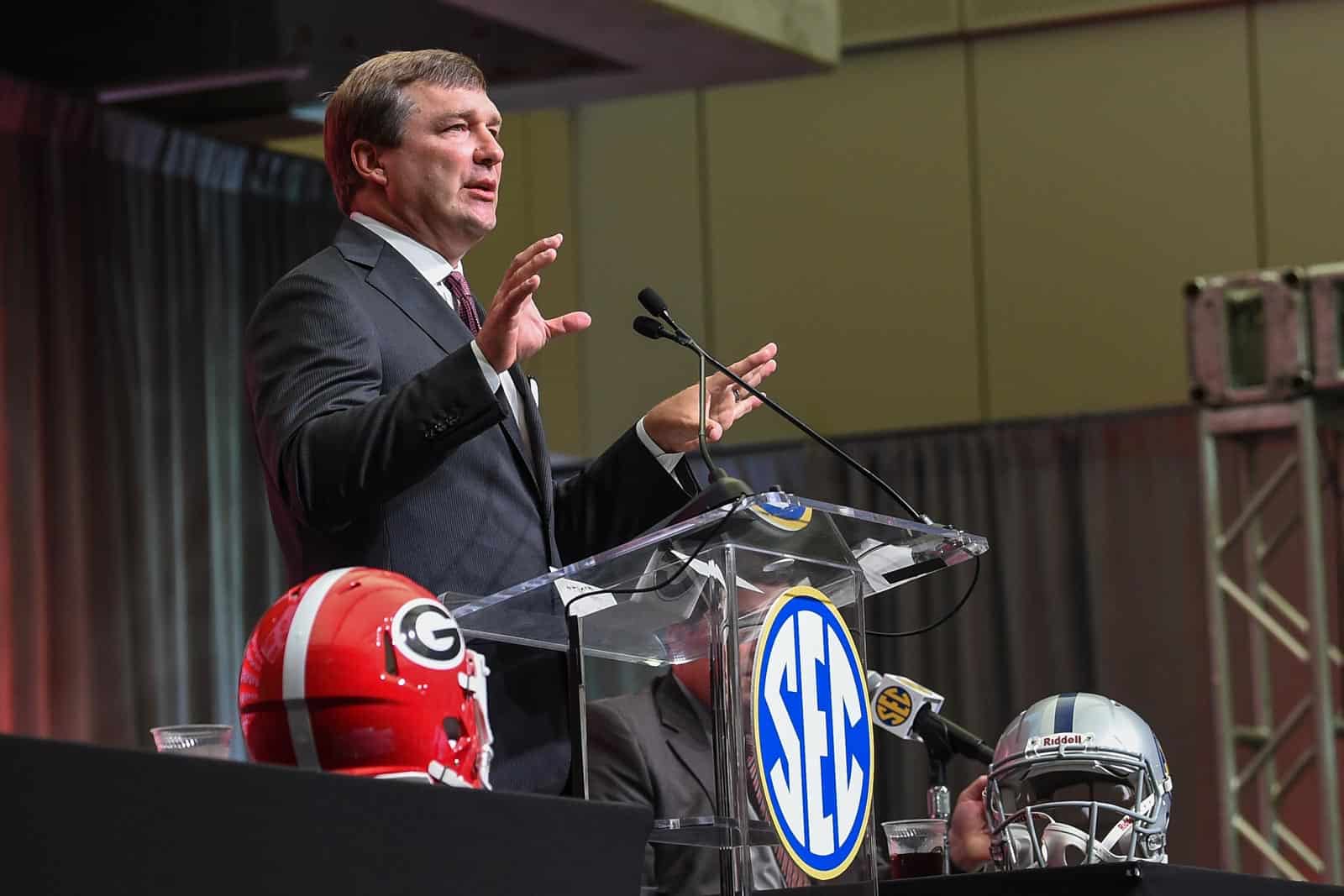 The 2019 SEC Football Media Days Schedule has been announced. Media Days kicks off on Monday, July 15 at the Hyatt Regency Birmingham – Wynfrey Hotel in Birmingham, Alabama.

Georgia Bulldogs head football coach Kirby Smart and a few players to be named will speak to the media on Tuesday, July 16.