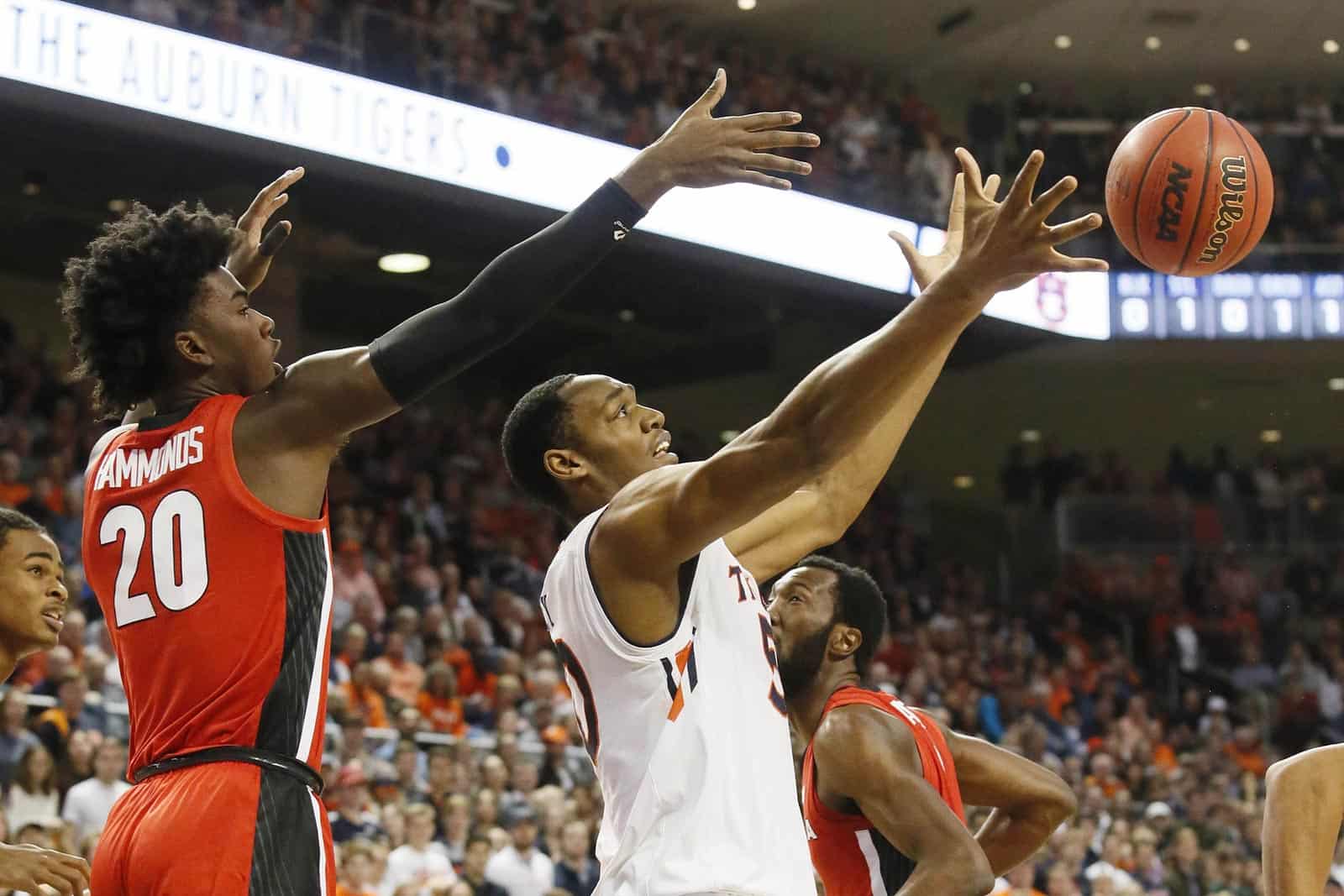 From the tip, the game was fast paced with the first half going back and forth evenly until Auburn pushed it to double digits by the first horn, which was just enough to maintain for the second half. The Tigers, sporting the conference’s second-highest scoring offense, improved to 12-3 overall, while picking up their first conference win to be at 1-1. The Bulldogs moved to 9-6 overall and 1-2 in SEC play with both wins on the road against ranked foes.

“Being down 10 didn’t feel like being down by 10 today at all,” Georgia head coach Tom Crean said. “It really didn’t. We didn’t do as good as a job in certain times in the game. It came down to the points off turnovers and the second chance points. When you go on the road you have to find a way to win those parts of the battle. I know it was only six or so points each way, but those are the things that add up. I didn’t think we shot the ball well and we still hit 11 threes. We’ve gotten better this week and we had moments that we showed that today, but we had moments where we didn’t. It is a process that we have to continue to learn from, but I think we can.”

Auburn showed their strength from the start, draining back-to-back threes in the first two minutes. However, Hightower answered with a three of his own to signify the Bulldogs’ were ready. The Tigers got out to a 13-4 lead, but six straight points from Jackson, Derek Ogbeide, and Hightower got Georgia back in it. The two squads went blow for blow in the first 10 minutes with Jordan Harris knocking down a transition trey for Georgia’s first lead at 22-20.

Around the six-minute mark, Hammonds converted a free throw in a three-point play to keep it close at 35-33. Then with about two minutes remaining, Auburn stretched it out to double digits with a dunk. Georgia’s Ignas Sargiunas snapped back with a three, but the relentless Tigers’ erased that with a three to make it a 48-38 going into the break. The scoring leaders at half were Auburn’s Anfernee McLemore and Claxton with 11 apiece.

A Claxton layup out of the break put the game back in single digits and a Jackson three-ball made it six. Picking up right where the first half let off, both teams then went back-and-forth. Auburn’s Jared Harper nailed a three putting the lead back into double digits, 61-48, which prompted Crean to use his first second half timeout at the 15:26 mark.

Through the rest of the contest, Georgia was able to maintain pace with high-octane Tiger offense (83.9 ppg) – not letting the deficit get out of hand – but were unable to trim the margin into single digits. Georgia brought the game to a 10-point different five times.

The Bulldogs shot 45 percent from the floor, while the Tigers topped that with a shooting mark of 50 percent. Each team leaned on the three-ball as Georgia connected on 11 and Auburn one-upped the Bulldogs with 12.

Georgia returns to the hardwood next against No. 18 Kentucky Tuesday, January 15th. Tip off is schedule for 7 p.m. ET and will be aired on ESPN.