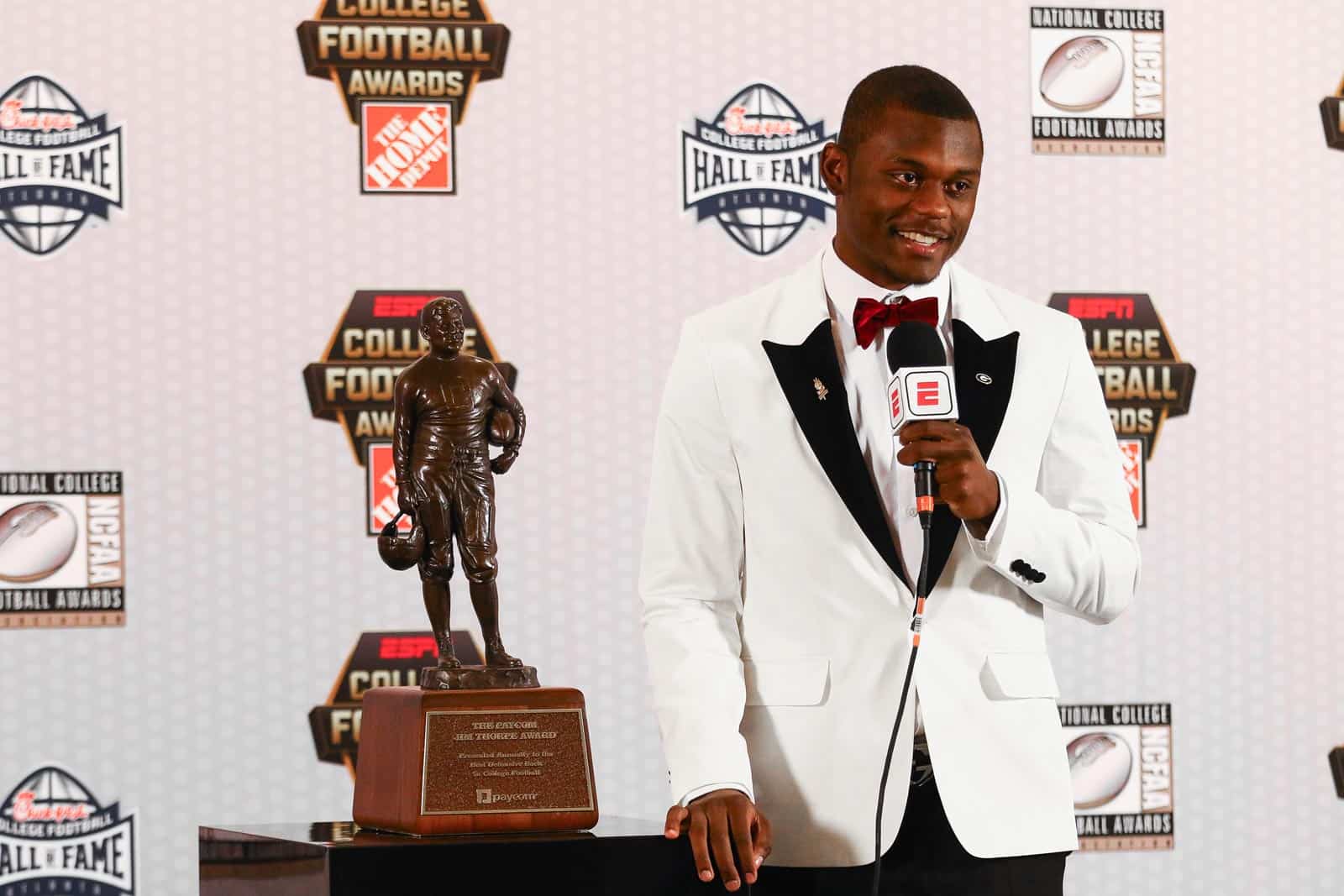 ATLANTA, Ga. — Georgia senior Deandre Baker became the first Bulldog to win the Paycom Jim Thorpe Award as the nation’s top defensive back at the ESPN College Football Awards show at the College Football Hall of Fame on Thursday.

The Thorpe Award has been presented for the past 33 seasons. Baker, a native of Miami, Fla., was joined by LSU’s Greedy Williams and Notre Dame’s Julian Love as finalists for the award. The only other finalist in Georgia history was Champ Bailey in 1998.

In addition, Baker was included on the 2018 Walter Camp All-America Team, giving the Bulldogs two players on the First Team in as many years (Roquan Smith, 2017). Baker becomes the first Georgia All-American from the defensive backfield since Bacarri Rambo in 2011 and the first Georgia defensive back to receive the Walter Camp designation since Greg Blue and Thomas Davis garnered the honor back to back in 2004-05.

Baker will be honored at a Thorpe Award banquet in Oklahoma City on Feb. 5, 2019.

A Miami, Fla., native, Baker has started all 13 games for Georgia. He has 40 tackles and is tied for the team lead with two interceptions. He also has a team-best 10 pass break-ups. In addition, Baker has a forced fumble and has collected a fumble recovery for a defense that ranks 15th nationally allowing just 18.5 points per game.

Thomas, a native of Lithonia, Ga., has gotten the starting nod at left tackle for 12 of the Bulldogs’ 13 games, missing only the Middle Tennessee State game due to an ankle injury. He has anchored an offensive line that leads the SEC in Rushing Offense at 251.6 yards per game and that currently features one senior, two sophomores and two freshmen as starters.

The Bulldogs averaged 39.2 points per game during their second straight run to the SEC Championship Game and their first invitation to the Sugar Bowl since 2008. Thomas and his teammates in the trenches were named a Joe Moore Award finalist earlier this week for being one of the top offensive lines in the nation.