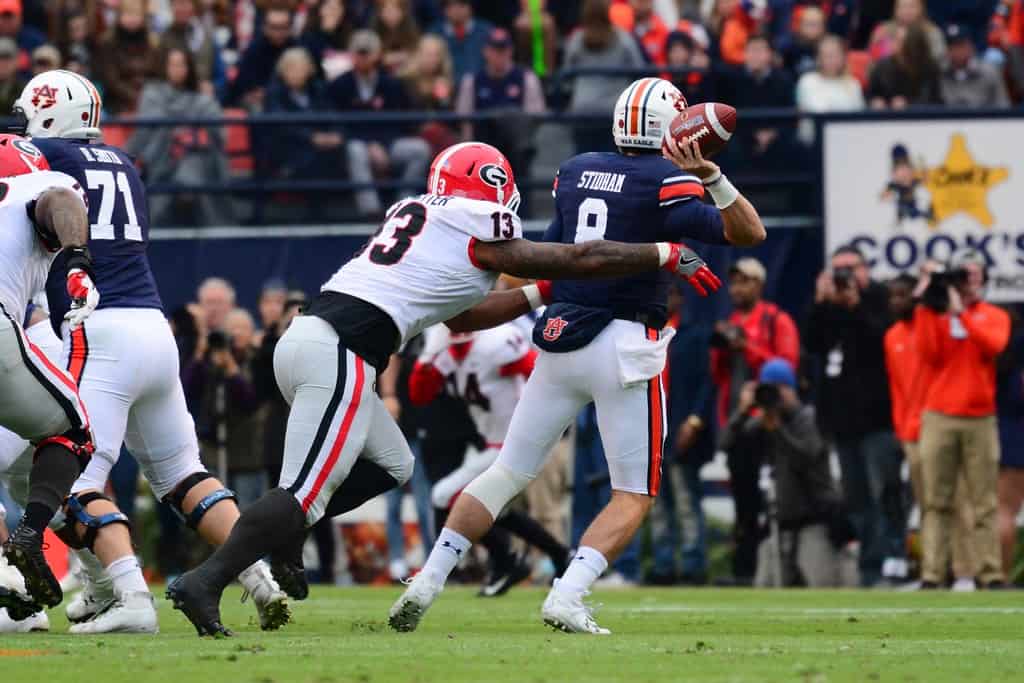 Georgia’s game at home against the Auburn Tigers on Saturday, Nov. 10 will be televised by ESPN at 7:00pm ET, the conference has announced.

UGA and Auburn last met in the 2017 SEC Championship Game in Atlanta. The Bulldogs defeated the Tigers 28-7 in that game, avenging a 40-17 loss in Auburn three weeks prior. Georgia leads the overall series with Auburn 58-56-8.

This will be Georgia’s third appearance on ESPN this season. The Bulldogs defeated Austin Peay and Missouri earlier this season on ESPN.