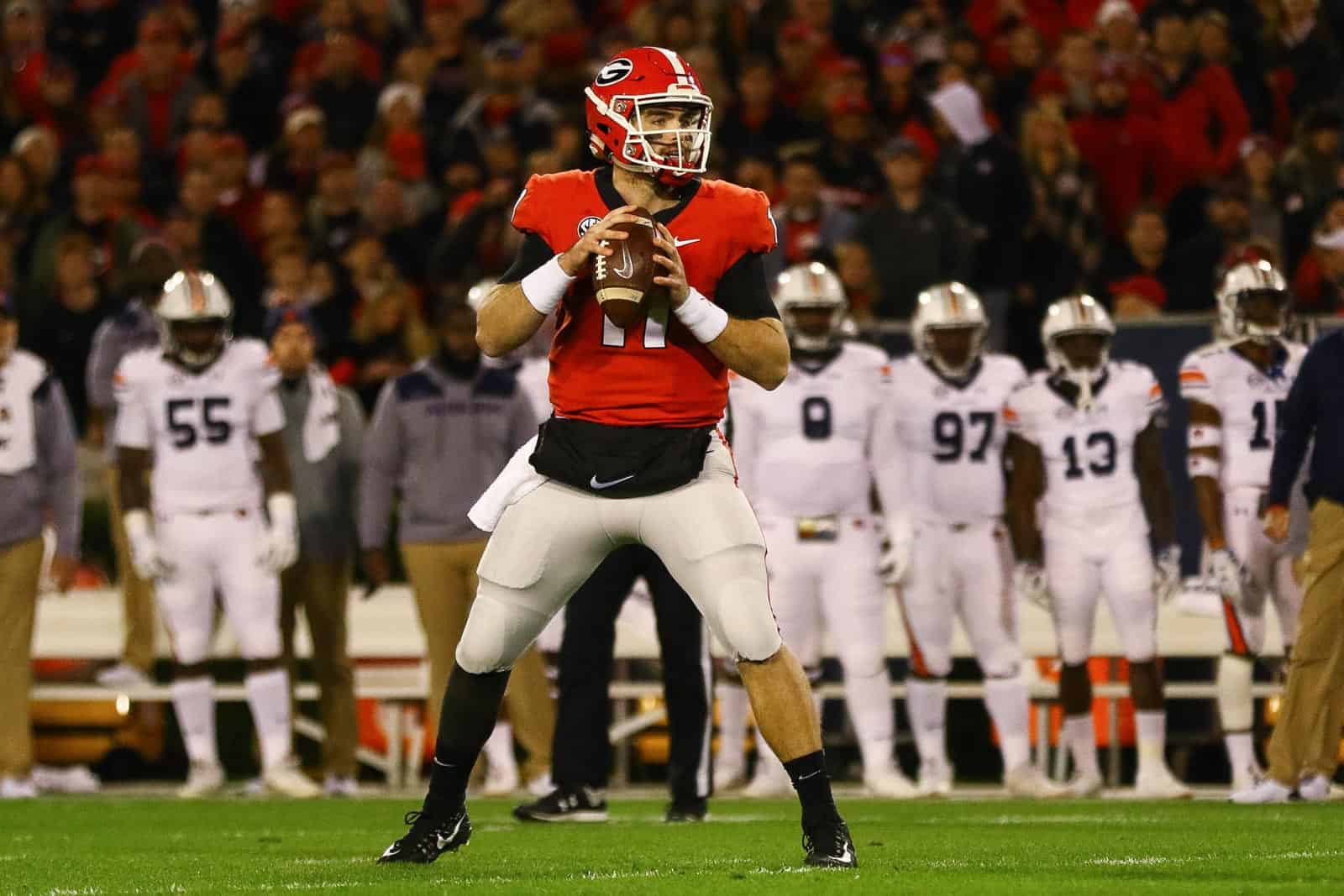 ATHENS, Ga. – Georgia sophomore quarterback Jake Fromm has been named one of 11 finalists for the 2018 Manning Award, which is given to the nation’s top quarterback and the only award that takes candidates’ bowl performances into consideration.

Fromm, a native of Warner Robins, Ga., joins two other signal callers from the Southeastern Conference as finalists and is one of three sophomores on the list.  The winner will be announced after the bowls in January and will be honored at a ceremony in New Orleans.

Fromm was named one of the Manning Award’s Stars of the Week following the Bulldogs’ 36-17 rout of No. 9 Florida on Oct. 27 in Jacksonville, Fla.  He was 17-of-24 for 240 yards and three touchdowns as Georgia was on its way to sweeping the SEC East for the second year in a row.

Overall, Fromm has started all 12 games for the No. 4 Bulldogs and is 161-for-233 for 2,236 yards with 24 touchdowns and only five interceptions.  He is ranked third nationally on the active list for Passing Efficiency at 165.94 and is second in the SEC and eighth nationally in Completion Percentage at 69.1, which is on pace to pass Hutson Mason’s school record mark of 67.9 in 2014.

Fromm is coming off a career-high four touchdowns on 13-for-16 passing for 175 yards during Georgia’s 45-21 dismantling of Georgia Tech on Nov. 24.

The Bulldogs (11-1, 7-1 SEC) face No. 1 Alabama (12-0, 8-0 SEC) at the SEC Championship Game in Atlanta on Saturday at 4 p.m.  CBS will televise the matchup between the defending league champions and the defending national champions.