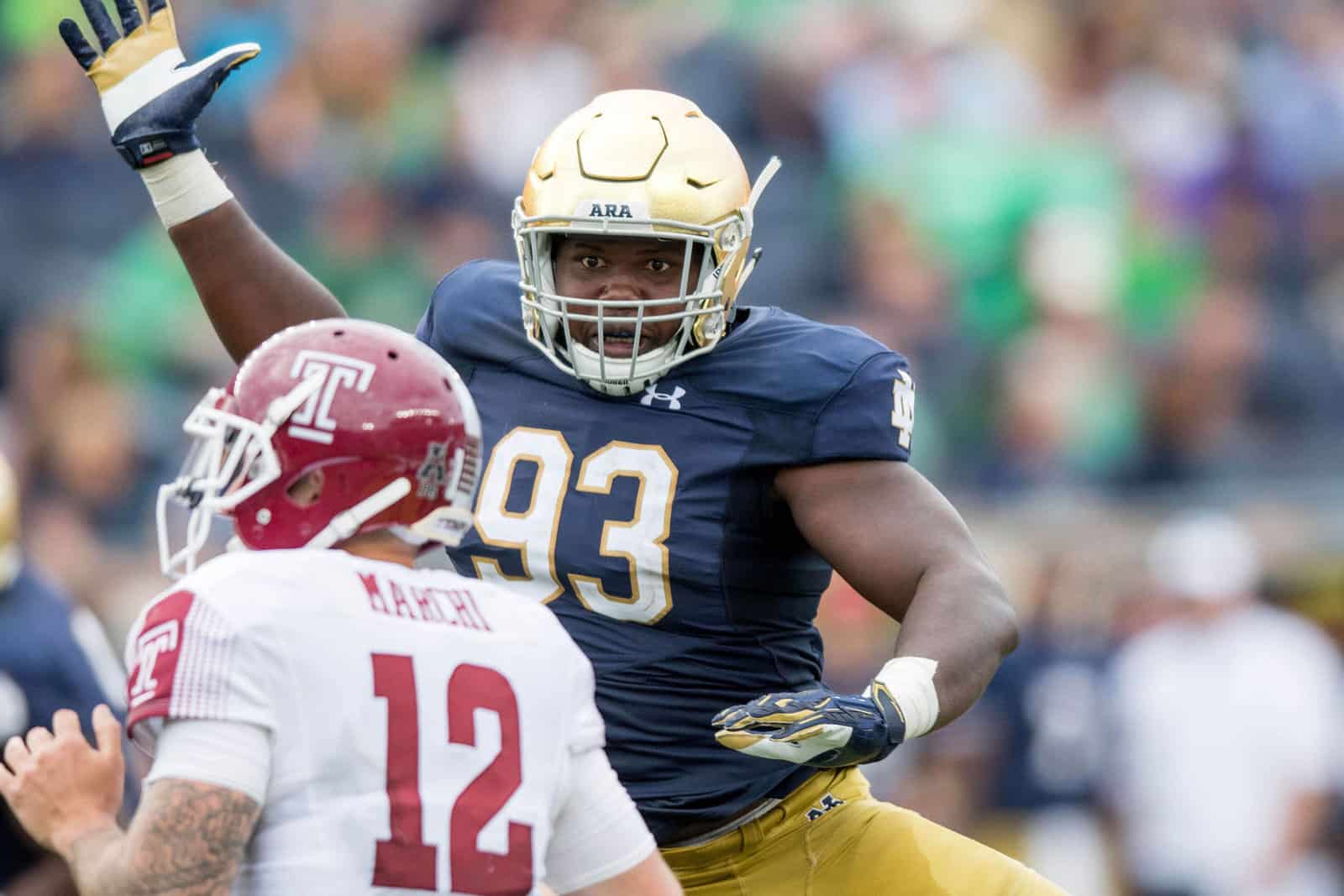 The Georgia Bulldogs traveled to Notre Dame last season and returned to Athens with a 20-19 win over the Fighting Irish.

One of the Fighting Irish players that played in that game, defensive lineman Jay Hayes, has decided he wants to continue his career between the hedges.

Hayes announced on Twitter on Wednesday that he is heading to Athens this summer.

This is it! In a month I’ll be heading down to Athens to play for the Georgia Bulldogs. Go DAWGS! 🔴⚫️🐶⛓👊🏾

Hayes (6-3, 289) will be joining the Bulldogs as a graduate transfer. He played in three of four seasons in South Bend, recording 39 total tackles (16 solo, 23 assisted, four for loss) and one sack.

The majority of those stats were collected during his senior season in 2017 (27 total tackles; 13 solo, 14 assisted, and one sack).

Hayes was a four-star recruit in 2013, per the 247Sports Composite. He played high school football at Poly Prep Country Day in Brooklyn, New York, which is where current UGA offensive lineman Isaiah Wilson played.