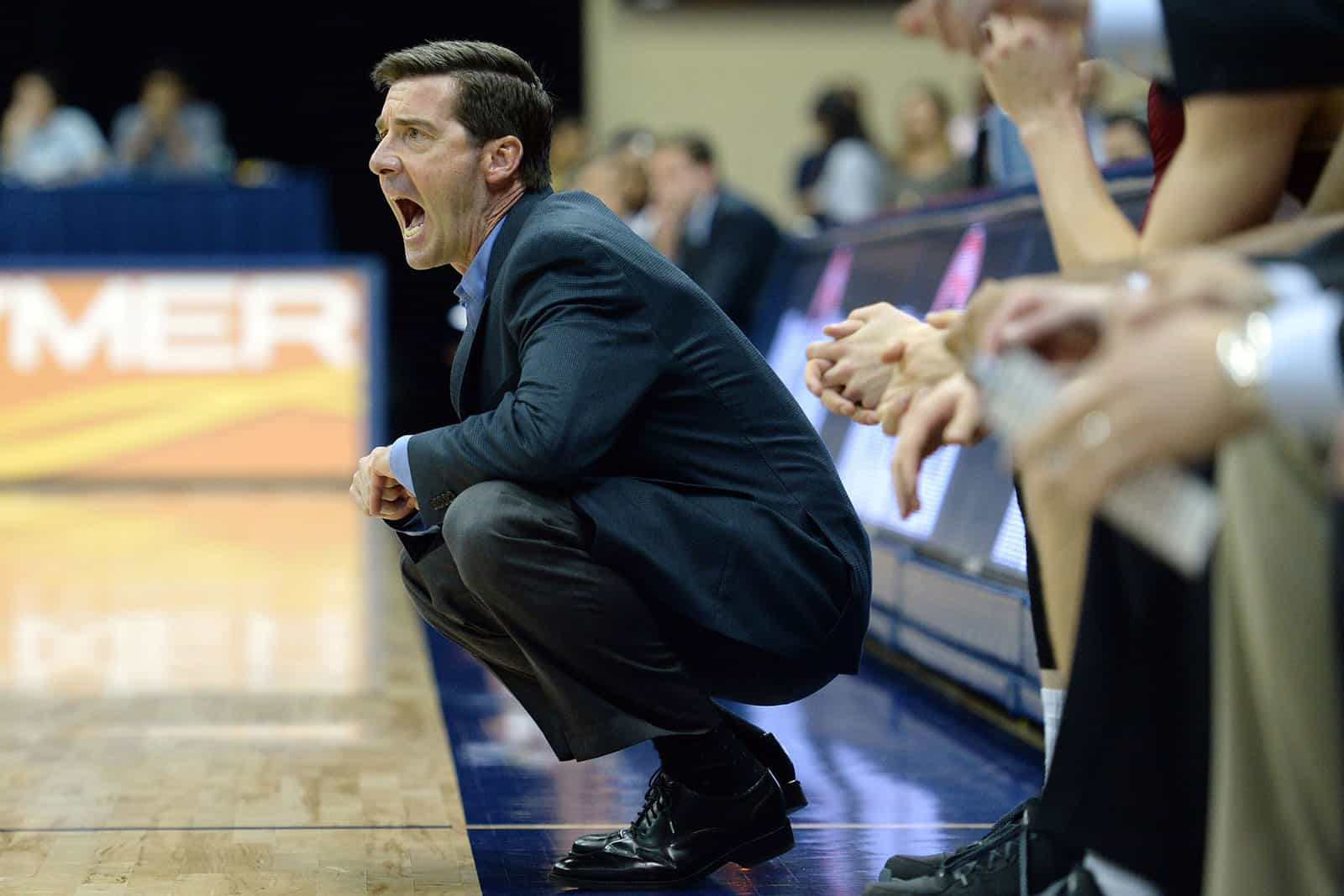 “I’m excited to welcome Joe, Leah, Ben and Jack to our Georgia Basketball family and the entire UGA community,” Crean said. “Joe is known nationally as someone who excels at coaching, teaching and competing. He has tremendous respect of his peers who have gone against him and those who have worked along side him. He will bring many different elements to our program, but overall and he will help our young men get better every day.”

“My family and I are extremely excited to be joining the Georgia family,” Scott said. “The University of Georgia is a special place. This is a tremendous opportunity to help Coach Crean implement his vision and make Georgia Basketball special. I cannot wait to get started coaching our players to develop and get better every day.”

Scott, who in 2013 was tabbed one of the nation’s top-20 “Xs & Os” coaches in a survey of his peers by ESPN’s Jeff Goodman, was head coach at Air Force for four seasons, Princeton for three campaigns and Denver for nine seasons. He also has served as an assistant coach at Monmouth, Princeton and Holy Cross. All told, Scott sports 27 years of collegiate coaching experience.

Before breaking into the head coaching ranks, Scott was an assistant coach at Monmouth during the 1991-92 season and at Princeton from 1992-2000. While at Princeton, Scott helped the Tigers to five consecutive postseason appearances, with trips to the 1996, 1997 and 1998 NCAA Tournaments and the 1999 and 2000 NITs. The Tigers won three Ivy League titles from 1996-98, including perfect 14-0 records in the final two seasons. Princeton upset defending national champion UCLA in the 1996 NCAA Tournament and ranked as high as No. 7 nationally in 1998 en route to earning a No. 5 seed in the NCAA Tournament, the highest ever for an Ivy League team.

Scott was head coach at Air Force from 2000-04 and led the Falcons to unprecedented success. He took over a program that had not produced a winning record in 22 years and four years later led the Falcons to a 22-7 finish, the Mountain West Conference regular-season title and their first NCAA Tournament appearance in 42 years. That same season, he was named MWC Coach of the Year, the National Association of Basketball Coaches (NABC) District 13 Coach of the Year and finished fourth in balloting for Associated Press National Coach of the Year.

Scott returned to Princeton, his alma mater, and served as head coach of the Tigers from 2004-07. Princeton finished first in the nation in scoring defense in 2006-07 after finishing second in Scott’s first two seasons.

Scott was head coach at Denver from 2007-16. He took over a program that ranked 335th (of 336 teams) in the NCAA RPI prior to his arrival and went on to produce a school-record Division I 22 victories in back-to-back campaigns in 2012 and 2013. In 2012, Scott was a finalist for the Hugh Durham Award as the top mid-major head coach in the nation. In 2013, Denver shared the Western Athletic Conference regular-season title, earned an NIT bid and secured the first postseason victory in school history.

Scott was a three-year starter and two-time All-Ivy selection at point guard at Princeton. He secured second-team All-Ivy status in 1987 after being an honorable mention choice in 1986. As a freshman, Scott helped the Tigers win the Ivy League title and reach the round of 32 of the NCAA Tournament. He led Princeton in steals as a sophomore, junior and senior and still ranks No. 7 among the Tigers’ career leaders with 144. Scott connected on what was then a school-record 59 3-pointers as a senior. He scored 809 points in 99 career outings, an average of 8.2 ppg.

Scott earned his bachelor’s degree in history from Princeton in 1987 and then secured his law degree from University of Notre Dame in 1990. He worked for the Morristown, N.J., law firm of Ribis, Graham & Curtin before beginning his coaching career at Monmouth.

Scott is married to the former Leah Spraragen, a 1992 Princeton graduate who was a four-year starter at point guard for the Tigers and was an assistant coach at Princeton, Dartmouth and Arizona State. The Scotts have two sons, Ben and Jack.