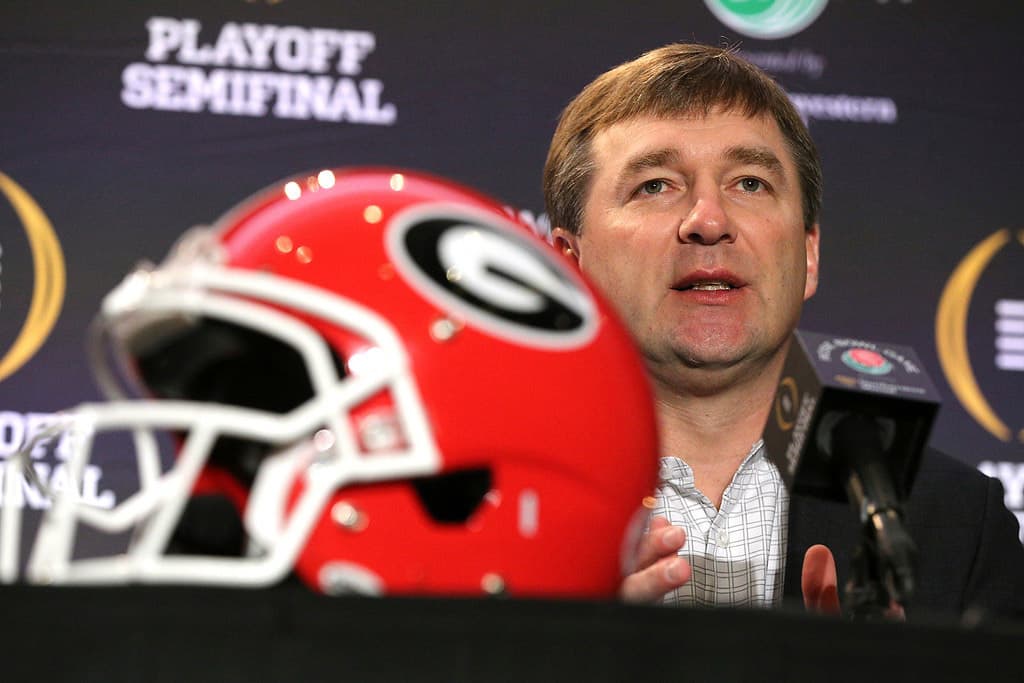 In his second season as the head man in Athens, Kirby Smart led the Georgia Bulldogs to a 13-2 record and their first SEC Championship since 2005.

Smart also led the Dawgs to a thrilling 54-48 double-overtime win over the Oklahoma Sooners in the College Football Playoff Semifinal at the Rose Bowl.

“Coach Smart has engineered a tremendous season for the University of Georgia football program,” Maxwell Football Club Executive Director Mark Wolpert said. “The team’s 13-2 record is a great testament to the hard work of Coach and his staff, and also to the dedication shown by the student-athletes involved in the program. Winning the SEC Championship and taking eventual national champion Alabama into overtime in one of the most exciting games in memory are just amazing accomplishments for everyone associated with the Georgia football program.”

Smart will be honored Friday, March 9, 2018 at the 81st Maxwell Club National Awards Gala. It will be held at the Tropicana Casino Resort in Atlantic City, New Jersey.