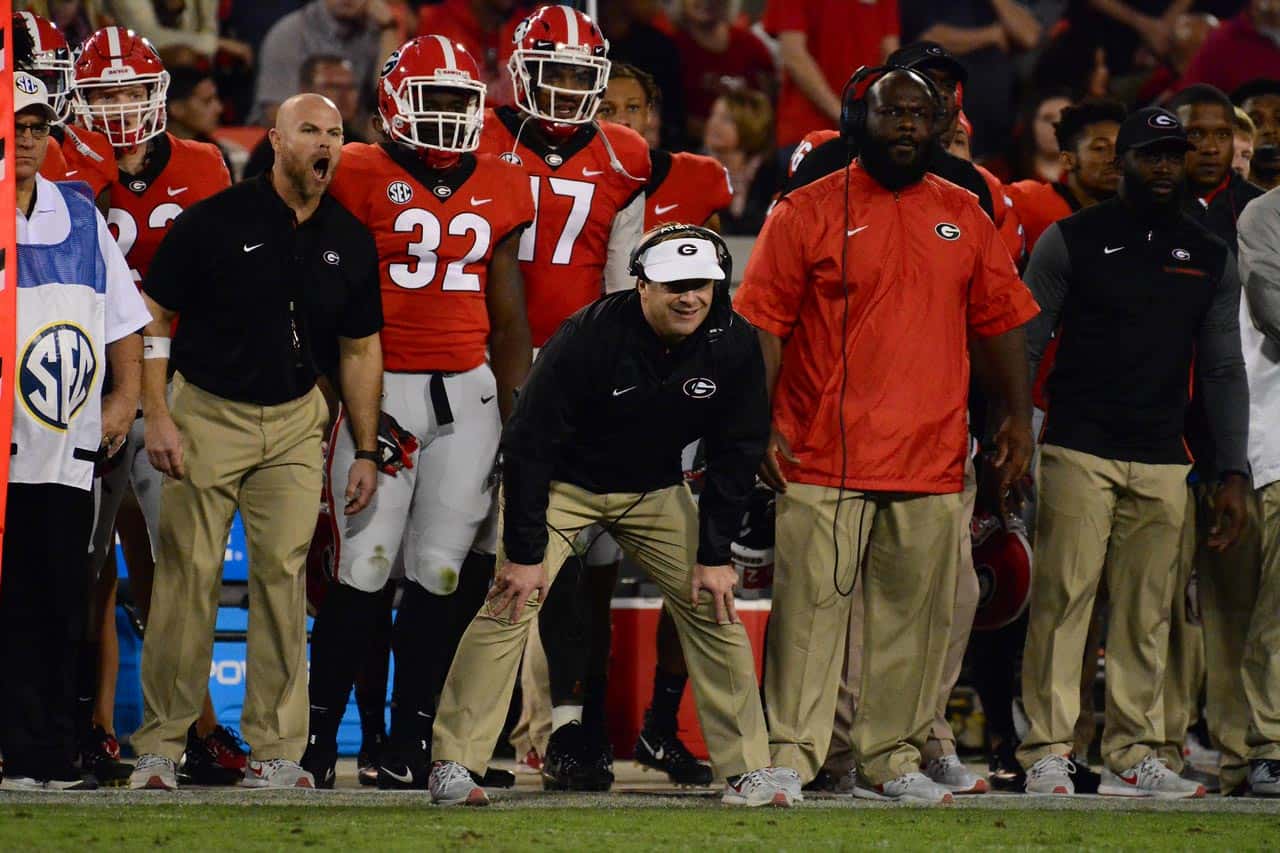 ATHENS, Ga. – Georgia head football coach Kirby Smart has been named a finalist for the 2017 Paul “Bear” Bryant Coach of the Year Award.

Smart joins six other coaches as finalists for this year’s award. He has led the Bulldogs to a 12-1 record, the Southeastern Conference title and the school’s first appearance in the College Football Playoff. Georgia will face Oklahoma in the Rose Bowl Game on Jan. 1, 2018.

The winner of the Paul “Bear” Bryant Coach of the Year will be announced live on Jan. 10, 2018 during an awards dinner and ceremony in Houston.

Now in its 32nd year, the Bear Bryant award recognizes the country’s top college football coaches for their contributions both on and off the field. The Coach of the Year Award is the only college coaching honor selected after all bowl games have concluded and is voted on by the National Sports Media Association. The Bryant Awards Show will be televised live on FOX College Sports. It is presented by the American Heart Association (AHA) and title sponsor Marathon Oil Corporation.

Since 1986, the Bryant Awards have raised more than $8.5 million for the AHA to fund research, advocacy and educational programs across the country aimed at the prevention and treatment of cardiovascular diseases and stroke. Prior to his death of a heart attack in 1983, “Bear” always talked about being bigger than something other than himself and the Bryant Award offers an opportunity to do just that – to be a part of Team Bryant in the fight against cardiovascular diseases.

For the second year, fans can add their two cents and vote for their favorite Coach of the Year here: https://www2.heart.org/site/SPageNavigator/bear_bryant_2017.html

The fan vote winner will be announced the day after the National Championship Game.