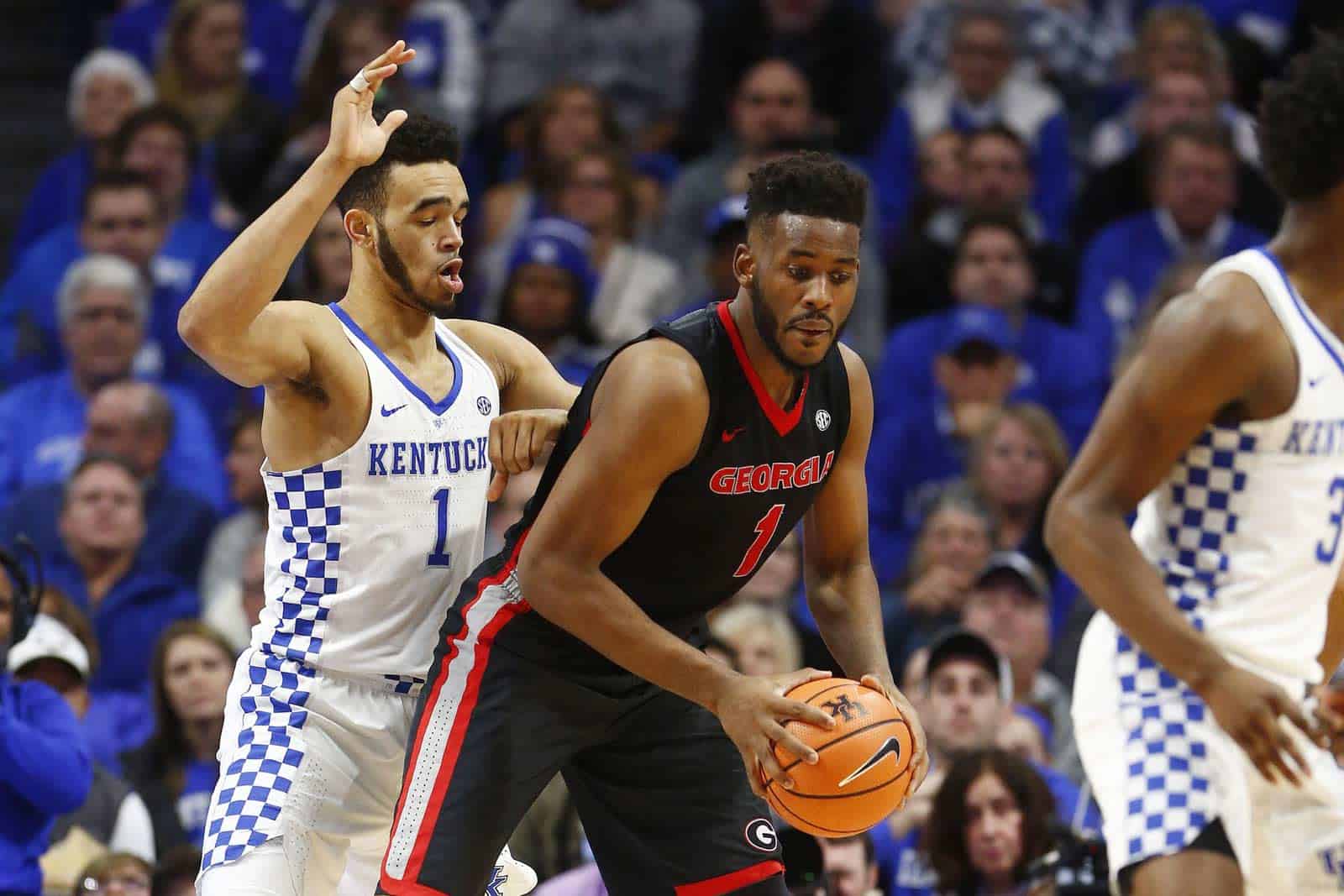 The Bulldogs (9-3, 0-1) led for over 28 minutes in the game and held a two-point advantage at 53-51 with a little over five minutes remaining, but the Wildcats (11-2, 1-0) slipped ahead in the waning minutes. It was a one-possession game with two minutes to go before Kentucky hit a three and a free throw to make it a seven-point game. Georgia answered with four straight points to make it 64-61 with 12 seconds left in regulation, but the Wildcats converted on their last two shots at the line to secure the win.

“I thought that it was a hard fought game,” Georgia head coach Mark Fox said. “I thought our defense in the first half was very good. For the game, we had really good defensive numbers, except for the fact that they got so many foul shots. We didn’t rebound particularly as well as we would have liked, but we held them to 66 points at home. We just made a few mistakes defensively in the last few minutes. It was costly and it cost us the win. The margin for error is so slim.”

Senior forward Yante Maten collected his sixth double-double of the season with 17 points and 12 rebounds, both team-highs. Fellow forwards Derek Ogbeide and Rayshaun Hammonds chipped in 13 and 12 points, respectively.

Georgia held the lead for almost the entirety of the first half and went into the break with the 27-26 advantage. The largest margin the Bulldogs held was by seven within the final two minutes, however the Wildcats went on a 6-0 run to close the half. Eight Bulldogs recorded points with a team-high eight coming from Maten. Georgia’s defense limited Kentucky to 21-percent shooting, while the Bulldogs were at 34-percent.

Maten knocked down Georgia’s first three of the game to open the second half. A few possessions later, William Jackson II drained a three to stretch the lead quickly to seven. The Wildcats cut it to four, but back-to-back baskets from Ogbeide lengthened Georgia’s advantage to eight at 39-31.

Kentucky continued to creep back into the game, cutting Georgia’s margin to one point on two different occasions. The Wildcats grabbed their first lead of the second half at the 8:03 mark, which was their first since the 10:25 mark in the first half. Georgia recaptured the lead and contained it until Kentucky’s three with 4:39 remaining in the game, marking the contest’s last lead change.

The Bulldogs will begin the 2018 calendar year at home with a matchup against the Ole Miss Rebels on Wednesday, Jan. 3. The tip is scheduled for 6:30 p.m. and will be aired on SEC Network.