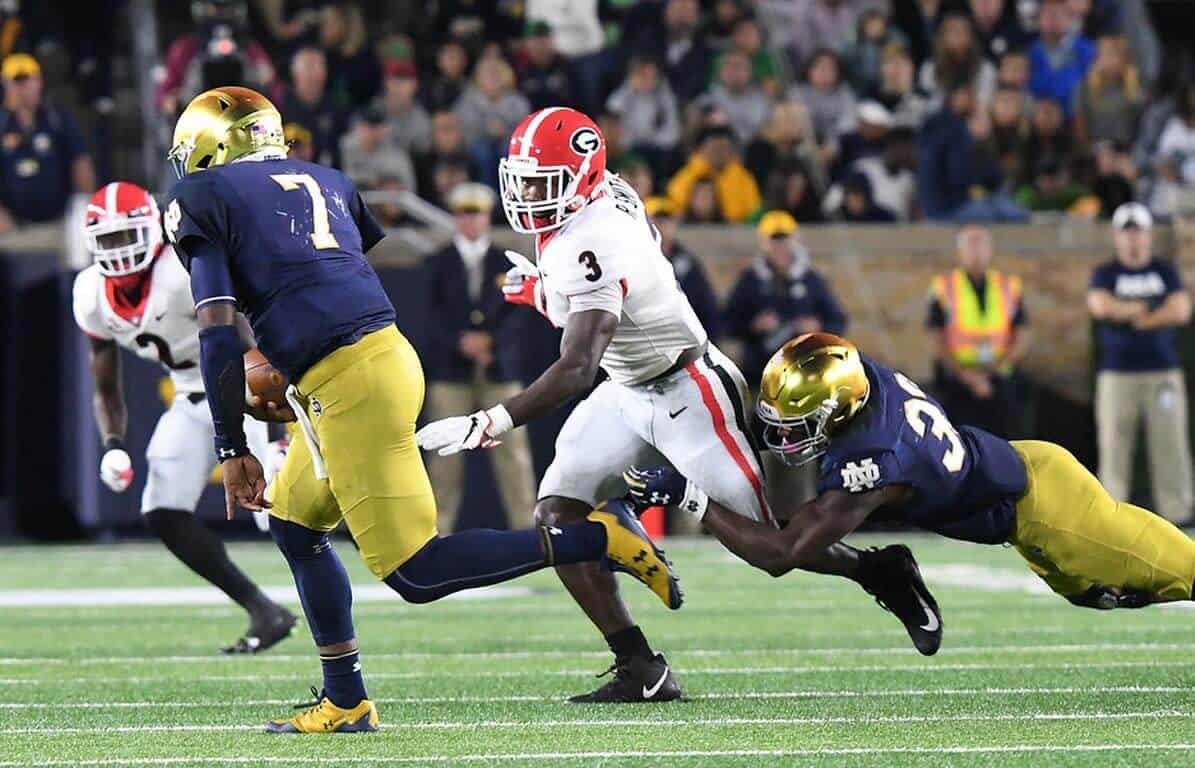 ATHENS, Ga. – Georgia junior inside linebacker Roquan Smith has been named one of five finalists for the 2017 Bronko Nagurski Trophy, given annually to the nation’s top defensive player by the Football Writers Association of America (FWAA) and the Charlotte Touchdown Club.

The Bronko Nagurski Trophy Banquet will be held on Monday, December 4, at the Charlotte Convention Center. Bulldog head coach Kirby Smart will be the keynote speaker at the banquet.