Bulldogs come back in 64-57 victory over Titans

Bulldogs come back in 64-57 victory over Titans 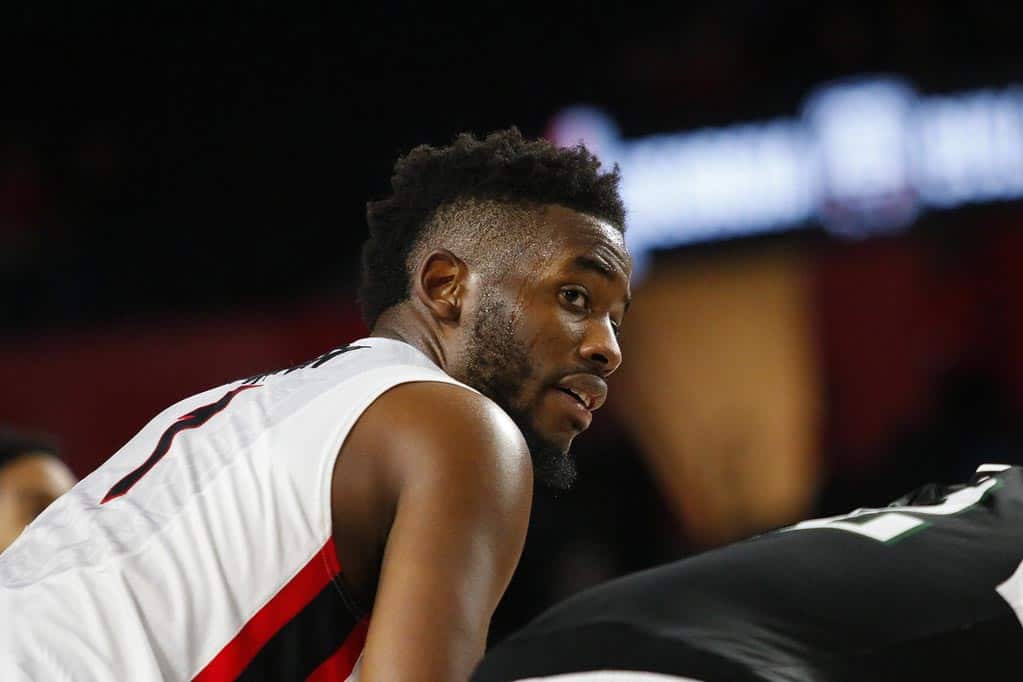 FULLERTON, Calif. – A second-half surge lifted the Georgia Bulldogs men’s basketball team to a 64-57 victory over the Cal State Fullerton Titans on Thursday night at the Titan Gymnasium.

In its first road trip of the 2017-18 campaign, Georgia improved to an undefeated 4-0 with the win over the Titans, who fell to 1-3. With 15 points on the night, senior Yante Maten broke into the top-20 all-time Georgia scorers with 1,327 points on his career, passing Kenny Gaines.

“Good teams find a way to win,” Georgia head coach Mark Fox said, “and ultimately we settled down and found our groove in the second half. It’s not pretty, but it is a win. They’ll get better.”

Freshman Rayshaun Hammonds controlled the paint in the first half, leading Georgia with seven points and eight rebounds. Hammonds fought back on two separate occasions to rebound his own jumper, put up a bucket for Georgia, and cut the Bulldog deficit to two. With 2:14 remaining in the first half, the freshman also produced a three-point play from a layup and a free throw for the 21-24 score.

The Titans distanced themselves with a three-pointer in the final seconds of the half, closing the opening frame 27-21. Georgia out-rebounded its opponent with 24 in the first, compared to the Titans’ 10.

Georgia and Cal State Fullerton traded points back-and-forth to open the second half, as Jackson pulled the Bulldogs within one, 38-39, with a pair of consecutive jumpers and a three-pointer.

The Bulldogs returned from the Titan timeout with a defensive stop, paving the way for their first lead of the game as a Cal State Fullerton shot clock violation turned the ball over to Georgia. Nicolas Claxton tipped in a Tyree Crump jumper for the 40-39 advantage.

On the following Titan possession, a defensive rebound from Claxton set up the Jackson jumper to tack on another bucket, securing the three-point Georgia lead. Maten exploded in the final 6:25 of the game with 13 points, including three free throws, back-to-back jumpers and a three-pointer, allowing Georgia to separate itself for the 64-57 final.

“Late in the game, that’s what a senior All-America candidate should do,” Fox said on Maten’s second-half performance. “You should carry your team.”

In the final 12 minutes of the game, Georgia did not turn the ball over, holding the Titans scoreless for a stretch of 8:07. The Bulldogs also recorded their season-high at the foul line with 22 free throws. Hammonds completed the night with a career-high 12 rebounds.

Georgia returns to the Wooden Legacy court on Friday at 7 p.m. ET. The Bulldogs will play the winner of San Diego State and Sacramento State.