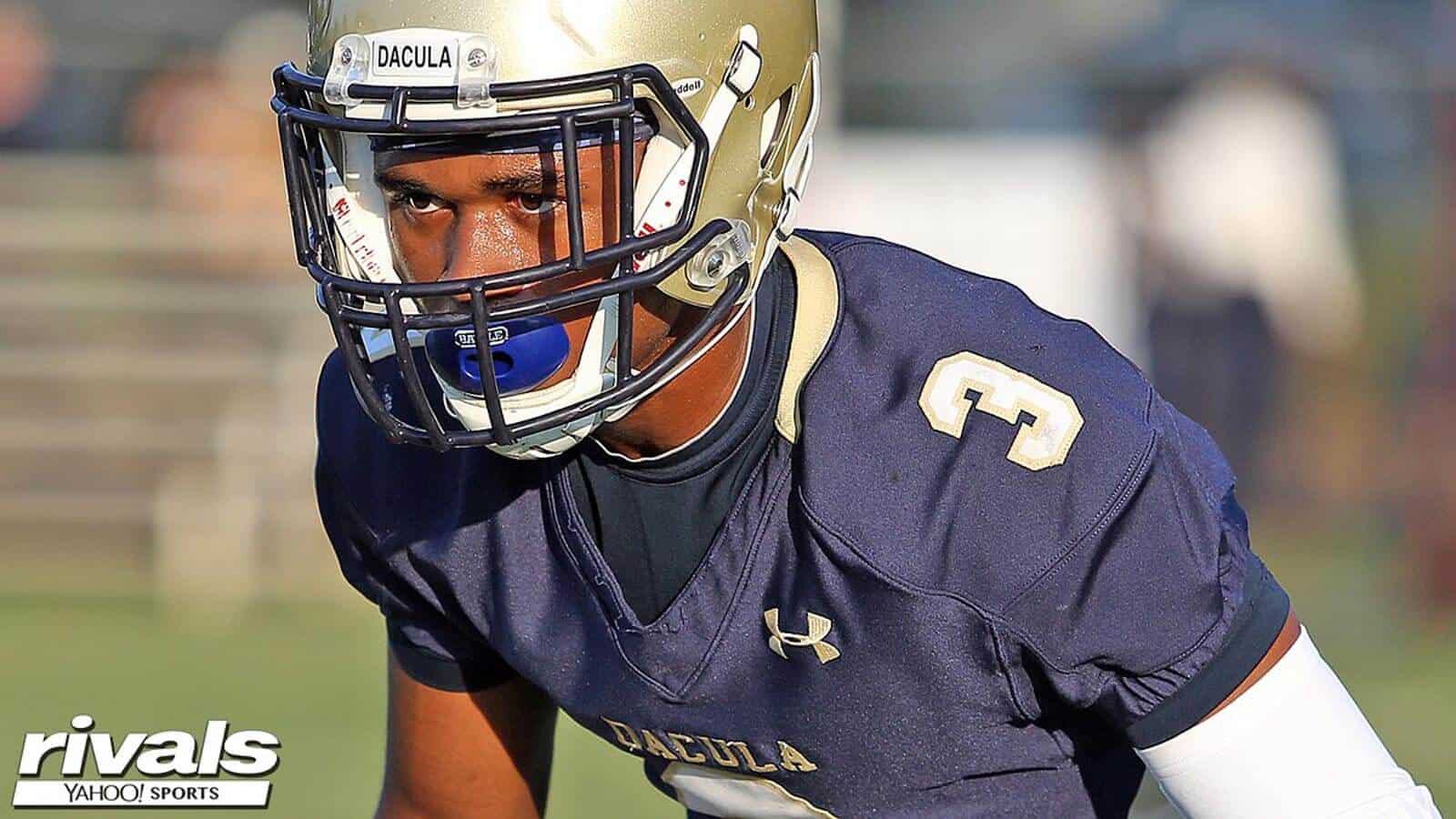 UGA football has received their seventh commitment for the class of 2019, this one from four-star defensive back Jalen Perry of Dacula, Georgia (Dacula H.S.).

Perry (6-1, 175) committed to the Georgia Bulldogs over Alabama, Ohio State, and South Carolina. He also had offers from most of the top schools, including Auburn, Mississippi State, NC State, Notre Dame, Oklahoma, Stanford, and others.

Rivals.com rates Jalen Perry as a four-star recruit, the No. 11 cornerback, and the No. 137 overall recruit for the 2019 class.

Perry is rated 4-stars, the No. 6 cornerback, and the No. 139 overall recruit in the 247Sports Composite.

The commitment of Jalen Perry bumps UGA’s 2019 class ranking up to 2nd in the country, per 247Sports. Florida, which just fired Jim McElwain, is currently No. 1.

I’M ALL DAWG!!! Excited to announce that I am officially committed to The University Of Georgia🐶🔴⚫️ #GoDawgs #CommitToTheG pic.twitter.com/6Nqc2LZBu3