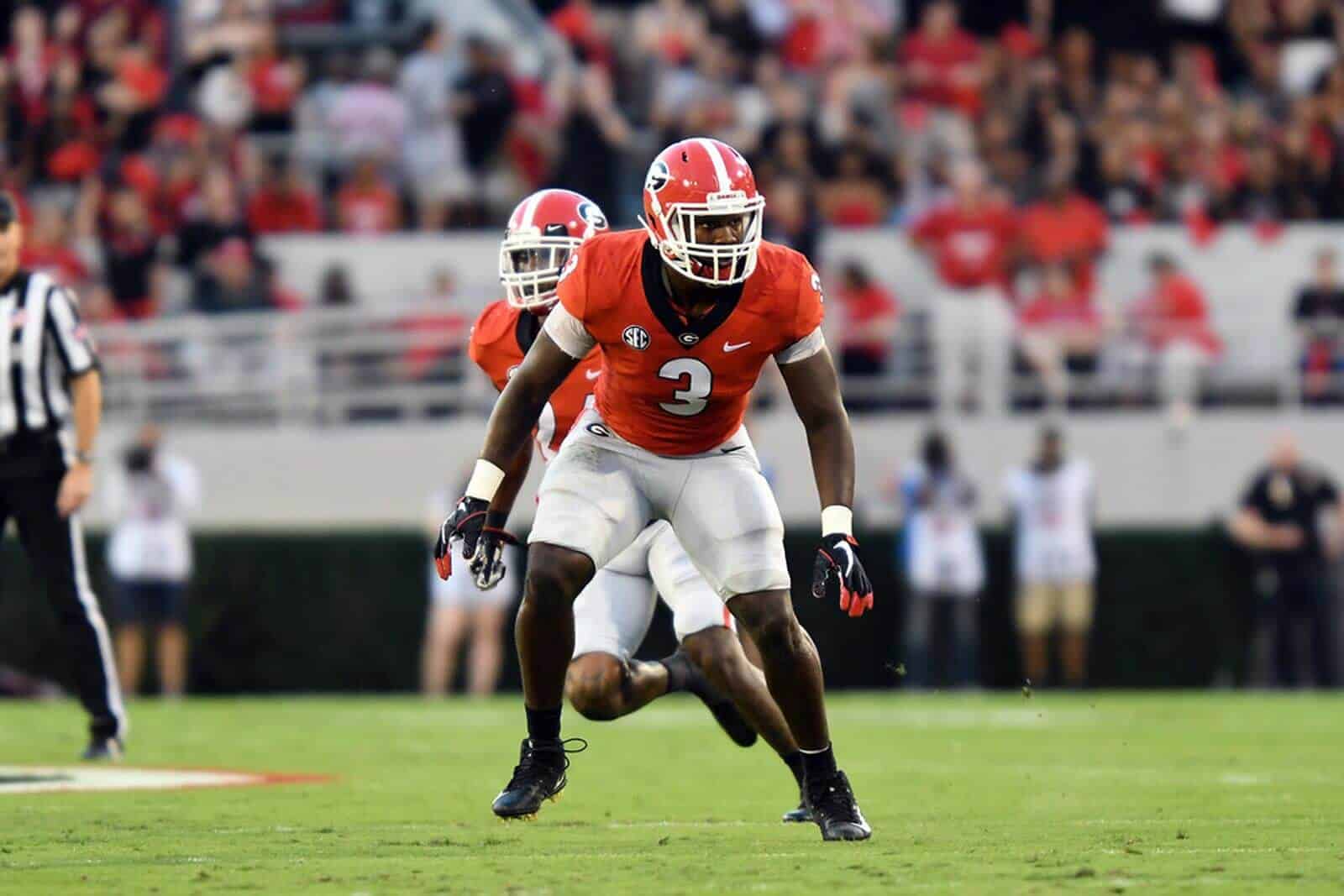 ATHENS, Ga. – Georgia senior Lorenzo Carter and junior Roquan Smith are two of 15 players named as semifinalists for the 33rd Butkus Award, given to the nation’s top collegiate linebacker.

Carter, a native of Norcross, Ga., is third on second-ranked Georgia with 30 stops, including 5.5 tackles for loss and a team-leading four sacks, from his outside linebacker spot. He has also recovered three fumbles, which leads the SEC and ranks second nationally, and forced two fumbles.

Smith, a native of Montezuma, Ga., is leading the 8-0 Bulldogs with 61 tackles, including 1.5 tackles for loss and a sack, from his inside linebacker spot. An Associated Press, Sporting News and ESPN Midseason All-American, Smith has also forced a fumble and anchored a unit that ranks third nationally in Scoring Defense (11.9 points/game) and Total Defense (252.1 yards/game).