Jeb Blazevich named a semifinalist for the 2017 Campbell Trophy

Jeb Blazevich named a semifinalist for the 2017 Campbell Trophy 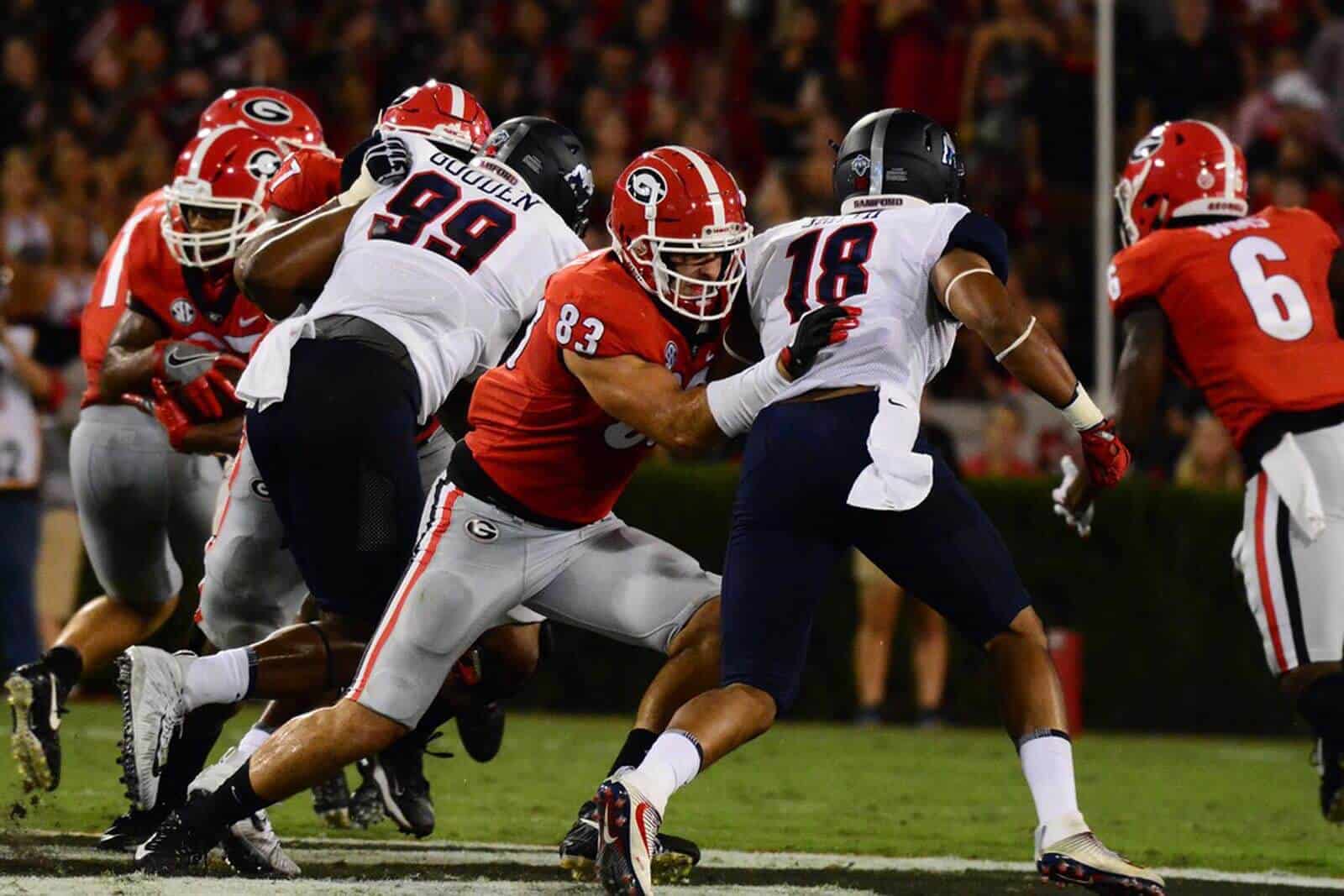 ATHENS, Ga. – Georgia senior tight end Jeb Blazevich has been included as a semifinalist for the 2017 William V. Campbell Trophy, according to an announcement from the National Football Foundation (NFF) and the College Football Hall of Fame.

Blazevich, a native of Charlotte, N.C., is one of 71 semifinalists from the FBS, including one of 10 from the Southeastern Conference. He is now a candidate to be named one of 12-14 finalists for the Campbell Trophy on Nov. 1 and to be included in this year’s NFF National Scholar-Athlete Class. Each of the finalists receive an $18,000 postgraduate scholarship and will travel to New York City for the 60th annual NFF Awards Dinner on Dec. 5.

The winner of the 28th Campbell Trophy will be selected from the NFF National Scholar-Athlete Class and will have his postgraduate scholarship increased to $25,000.

Georgia’s last semifinalist for the honor was linebacker Jake Ganus in 2015. There have been 13 Bulldog finalists who have won NFF Scholar-Athlete Awards, including the latest recipient in Aaron Murray in 2013. Matt Stinchcomb is the only Bulldog to win the Campbell Trophy (1998).

Blazevich, who was a captain for this year’s Samford game, is a 3.46 student majoring in Risk Management and Insurance and is seeking a Certificate in Legal Studies. The SEC Academic Honor Roll and Dean’s List member has started 35 games for the Bulldogs over the last four seasons and has 40 catches for 494 yards and three touchdowns.

Blazevich was named to the 2016 Allstate AFCA Good Works Team and to last year’s SEC Community Service Team for his dedication to volunteering. He represented the Bulldogs on a UGA Athletic Association mission trip to Costa Rica where more than 2,000 pairs of shoes were handed out. Blazevich is a member of the on-campus honorary society, Sphinx Club, and was inducted into UGAAA’s L.E.A.D. (Student-Athlete Leadership Academy) in 2015. He is a part of UGA’s Learn, Play, Excel program that meets and mentors kids across Georgia, a regular volunteer at Camp Sunshine, a camp that caters to children with cancer and gives them a camp experience free of charge and a time for their parents to recharge, and many other charity groups.

In addition, Blazevich got engaged over the summer to Georgia track and field and cross country runner Addy Lippitt.