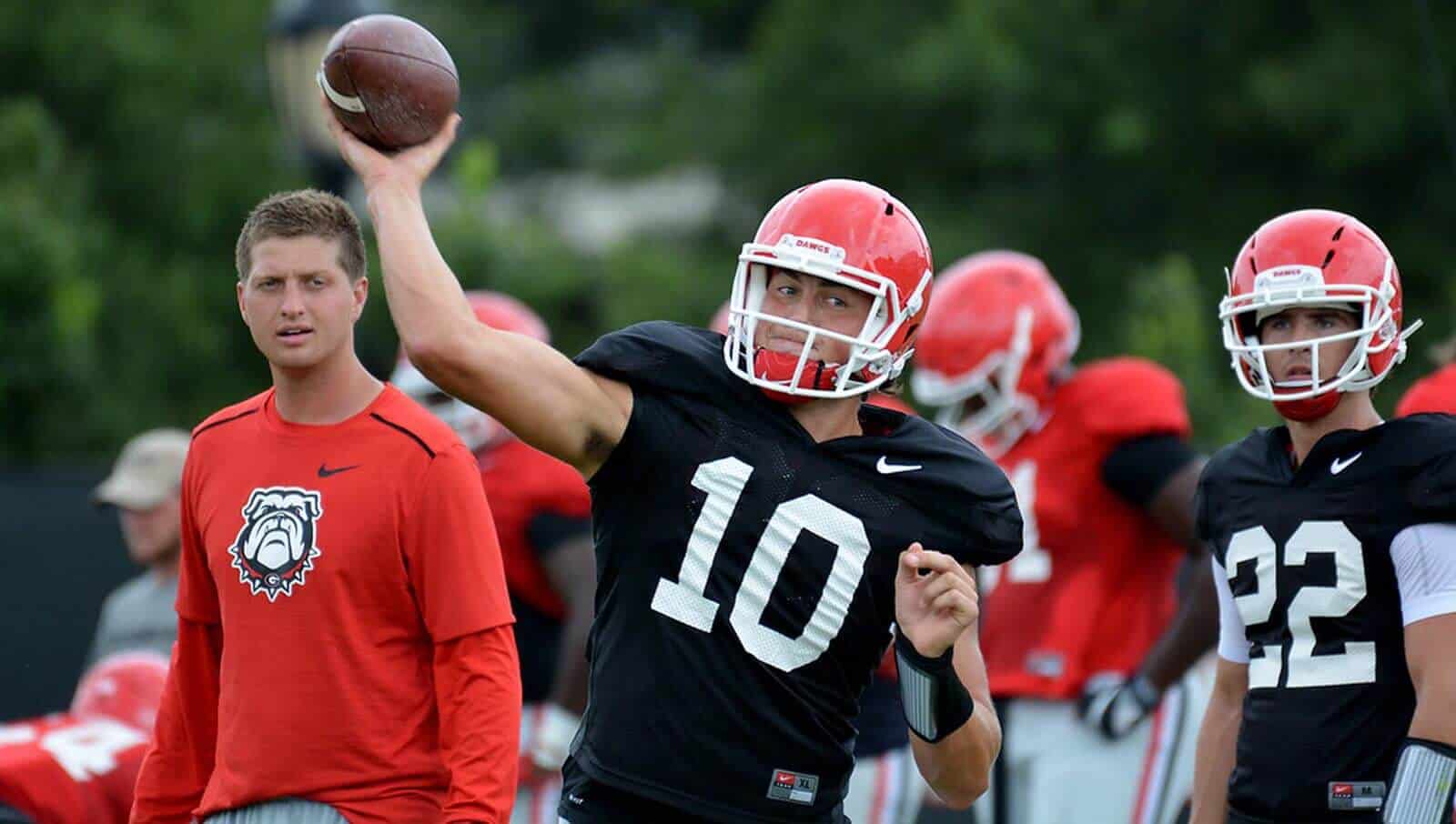 ATHENS, Ga. – The Georgia football team had its seventh practice of the preseason camp on Monday with temperatures hanging in the upper 80s.

The practice in full pads lasted just over two hours at the Woodruff Practice Fields.

Finishing with 2,430 yards passing and 16 touchdowns, quarterback Jacob Eason took over the starting role during the Bulldogs’ second game last year. In 2017, Eason is trying to build on last season’s progress with help from Offensive Coordinator and Quarterbacks Coach Jim Chaney.

“(Chaney) and I have grown to know each other better and are finding the balance between working hard and getting to know each other on a personal basis and be friends,” said Eason. “I am always just trying to absorb everything he is throwing at us. He is hard on me but I know it is for my own good. When we are out there, he has a job to do and is trying to get it done and I do too so I think we work together well and have continued to bond in that way.”

One of the linemen expected to protect Eason is senior Dyshon Sims. Sims played in all 13 games during his junior season and started two out of the last three at guard. He is part of a line that features a variety of new faces this year.

“There are battles for every position and wherever they put me, I’ll take it,” Sims said. “I trust the coaches to make the right decision and I’ll do my best wherever I line up.”

Sims also added his take on being a quality offensive lineman.

“Being a good pass protector to me is knowing the pass rusher in front of you so you definitely have to study them,” said Sims.

The Bulldogs return to action on Tuesday and practice through Saturday this week. Georgia starts school on Monday, August 14.