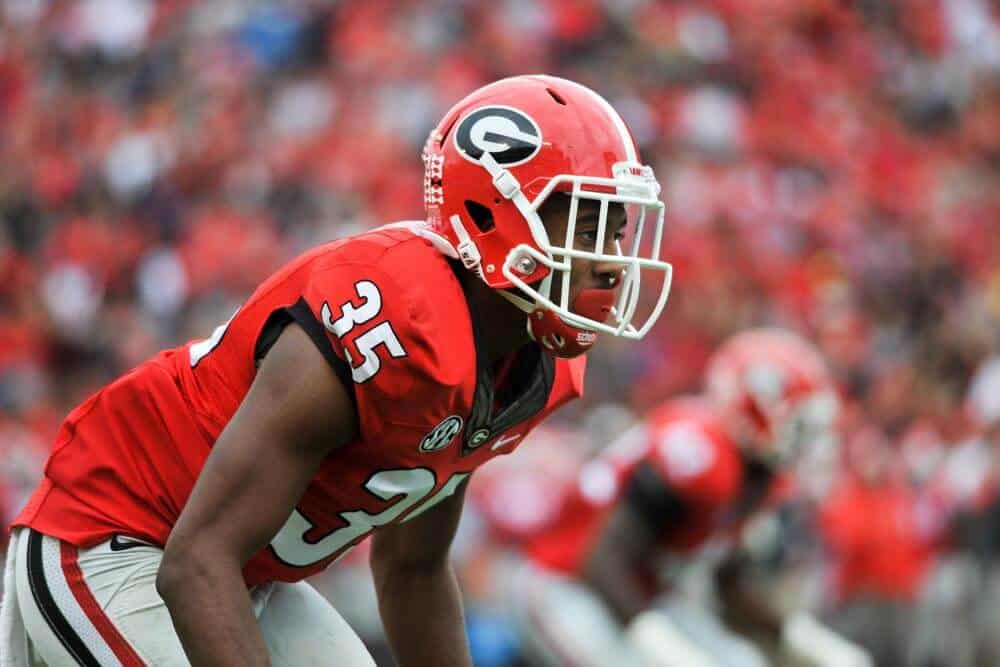 Georgia Bulldogs senior defensive back Aaron Davis has been nominated for the 2017 Allstate AFCA Good Works Team, according to an announcement on Monday.

Davis is one of 147 nominees for the prestigious off-the-field honor, which began back in 1992 to “honor their dedication to volunteerism and enriching the lives of others.” Nominees for the AFCA Good Works Team are student-athletes that have “made significant contributions to the greater good of society, inspiring future generations of young athletes and the larger college football community.”

“After looking at the bios of the 146 nominees we received for 2017 Allstate AFCA Good Works Team, it really shows that there are great football student-athletes all over this country who just don’t care what happens between the sidelines, but they also care about their community and giving back to others,” Todd Berry, AFCA Executive Director said. “The AFCA has been proud to partner with Allstate these past 10 years to honor football players who give more of themselves to help others in need.”

Aaron Davis, a native of Locust Grove, Georgia, has contributed the following services to the community:

After the 22 players are named, fans will be able to vote for the Captain of the 2017 Allstate AFCA Good Works team at their website on ESPN.com.

Former UGA offensive lineman Matt Stinchcomb, who was named to the 1997 and 1998 teams, is part of the selection panel that also includes former Florida quarterback Tim Tebow and ESPN’s Kirk Herbstreit.