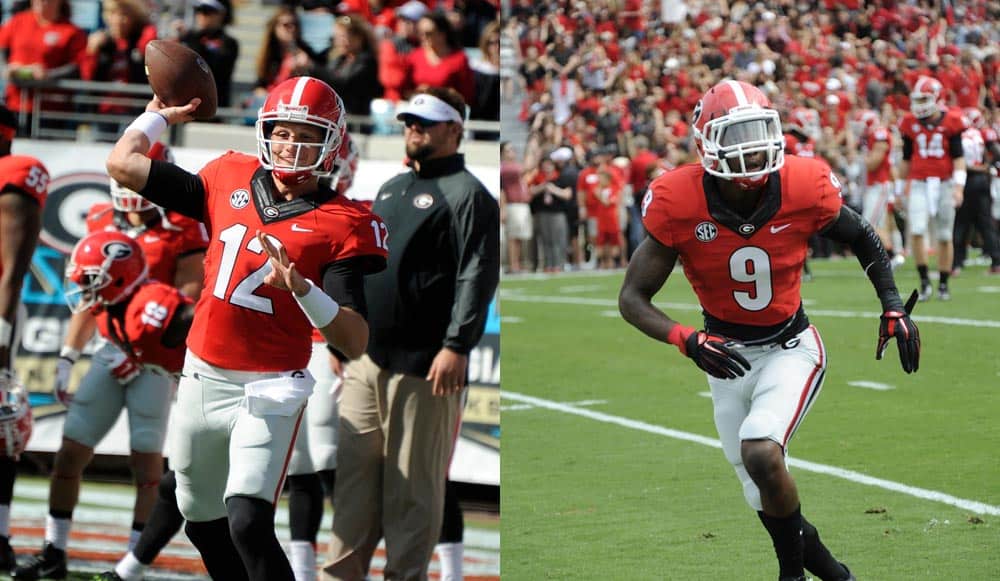 Quarterback/punter Brice Ramsey and defensive back Reggie Wilkerson will transfer from UGA, the school officially announced on Tuesday.

Both Ramsey and Wilkerson will graduate in May and will be eligible to play immediately at another school based on the NCAA’s graduate transfer rule.

“Our sincerest thanks to both Brice and Reggie for their contributions to the University in general and the Bulldog football program in particular over these past four years,” UGA head coach Kirby Smart said in a statement. “We wish them all the best at their next destination and final season of eligibility.”

Brice Ramsey played in 24 games as a quarterback from 2014 through 2016. He completed 45-of-74 passes for 582 yards with four touchdowns and four interceptions.

Reggie Wilkerson played in 20 games during the course of his career in Athens. He recorded 17 tackes (12 solo) and one interception.