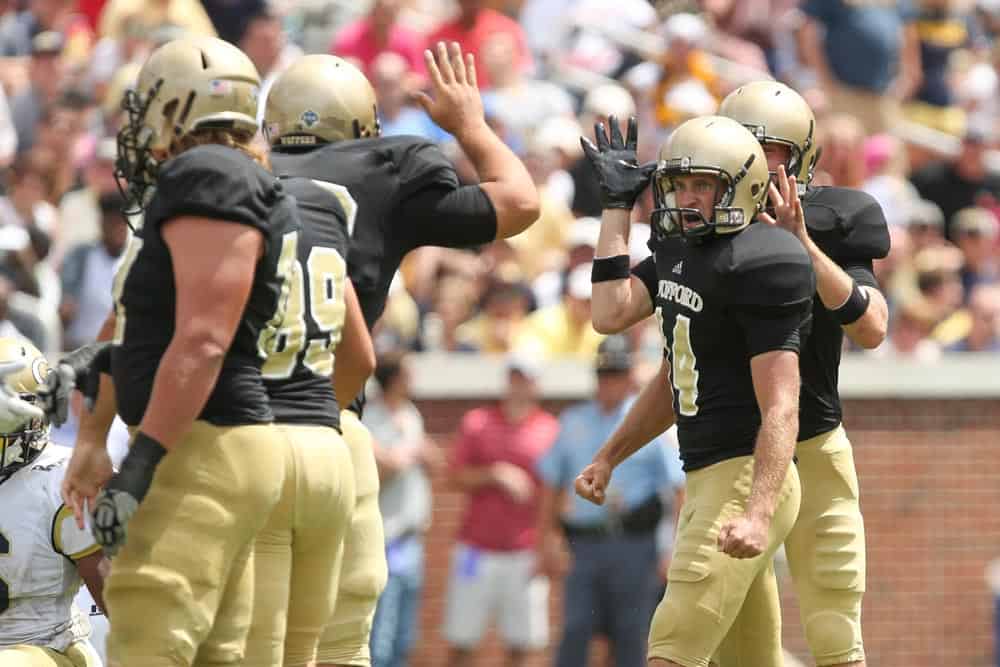 Wofford kicker David Marvin has announced that he has accepted a full scholarship offer to kick for the Georgia Bulldogs in 2017.

Honored to announce I've accepted a full scholarship to kick at UGA for my final year. Can't wait to play between the hedges. #CommitToTheG pic.twitter.com/xVQ8p3MDTc

David Marvin played for East Mecklenburg High School in Charlotte before joining the Wofford Terriers in 2013. He redshirted during the 2013 season.

With Marvin claiming a full scholarship, it’s unclear what the status of Georgia’s Rodrigo Blankenship will be. Blankenship had a good season for the Dawgs, but his father has been very vocal in expressing that Rodrigo deserves a scholarship.

“Our son being refused a scholarship is an injustice to him as well as a crushing hardship for his family,” Ken and Izabel Blankenship said last month in an email to OnlineAthens.com.

“He’s staying with the program,” his father said at the time.