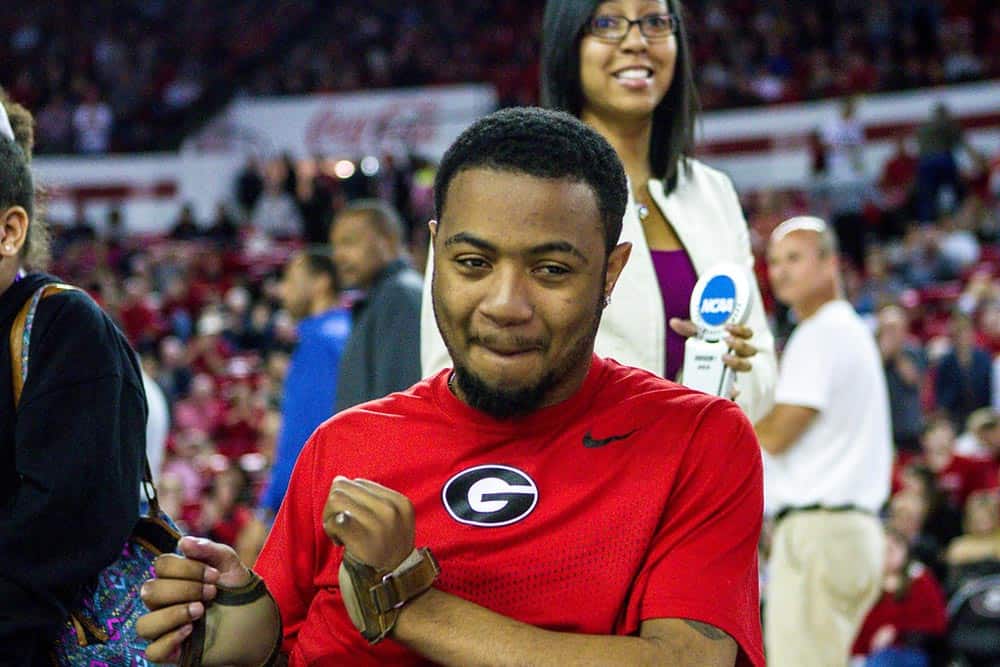 The UGA Athletic Association has launched a fundraising drive to help build a handicapped-accessible home for Devon Gales and his family, the school announced on Saturday.

Gales played for Southern University when they took on the Georgia Bulldogs in Sanford Stadium in 2015. On a Southern kickoff return, Gales suffered spinal injury that ended his football career.

“I am so grateful for the entire Bulldog Nation and all of the love and support they have shown me throughout my journey,” Gales said. “They never cease to amaze me.”

Here are the details on the fundraising effort via UGA’s press release:

The goal of the drive is to raise $500,000, the estimated cost of building a house that includes the specialized medical equipment needed for Gales. To date, just $49,000 has been raised for this cause through other fundraising channels.

Fans are also encouraged to use the hashtag #DawgHouseForDevonDriv3ForFiv3 in support of this drive. The slogan signifies both $5 donation and $500,000 goal; the 3s rather than Es signify his playing number 33 at Southern University.

Gales was injured on Sept. 26, 2015, during the third quarter of the Southern-Georgia football game, while blocking on a kickoff return. UGA’s generosity toward Gales and his family began from the first moments of this tragic event. It still flourishes today, as Gales continues his long road of rehabilitation at the Shepherd Center in Atlanta, where his progress has been slow but tangible.

The Gales family currently splits its time between Atlanta and their hometown of Baton Rouge, La. The floods that struck Baton Rouge last August nearly ravaged their existing home.

Georgia will also continue its drive with frequent promotions at the annual G-Day intrasquad football game on Saturday, April 22 in Sanford Stadium. Beginning next week, UGA will be enlisting the help of at least three additional athletic departments for help in promoting this fundraising drive through their social media channels:  the University of Miami (Fla.), LSU and Southern will all participate in this promotion during the coming weeks.

Again, following are the instructions for fans to make donations:

Georgia has also released a short video in support of the effort which you can view below.

You can read more about Gales’ story via Brandon Sudge of the Macon Telegraph.