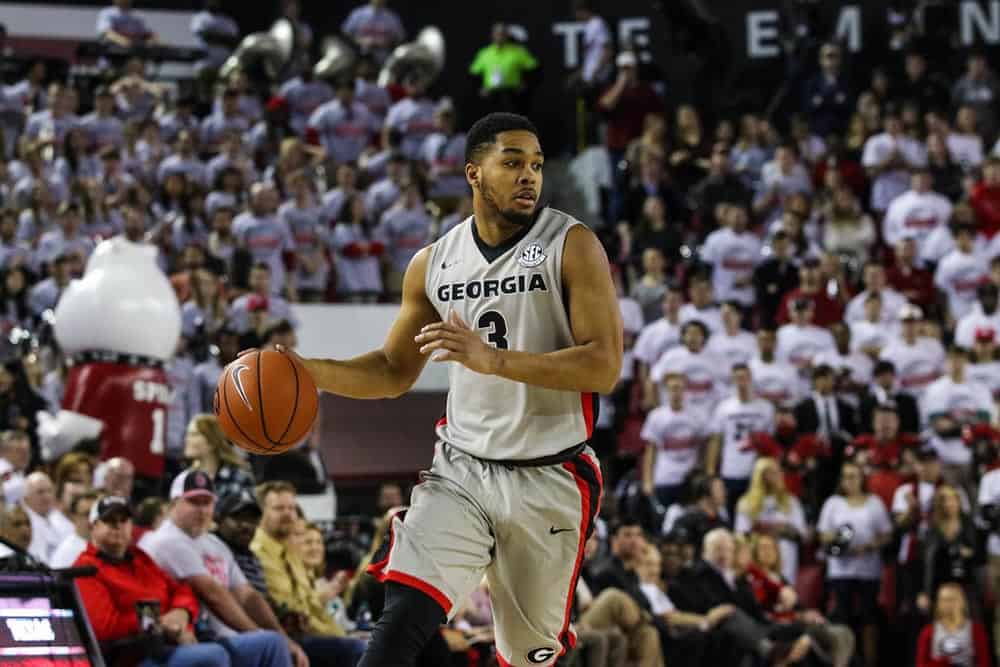 Academically, Parker is closing in on completing his master’s degree in Sport Management. He arrived in Athens in the fall of 2013 with 18 hours of credit via AP exams and dual enrollment classes at the University of Tulsa, where his father is a law professor. Parker earned his bachelor’s degree in Management from UGA’s Terry College of Business in December 2015 and began working on his master’s last January. He is on pace to receive his master’s this summer, with a full season of eligibility remaining at Georgia.

Parker started the first 14 games UGA’s 2015 NCAA Tournament team before suffering an Achilles injury. He played limited minutes in four contests that season but was out all of last year after surgery in the summer of 2015. His contributions have increased greatly as this season has progressed. Parker averaged 8.0 ppg in November and December non-conference games but has upped that effort to 10.5 ppg in SEC games. He has produced double-digit scoring tallies in 10 of the Bulldogs’ last 16 games, including eight of 11 SEC outings.